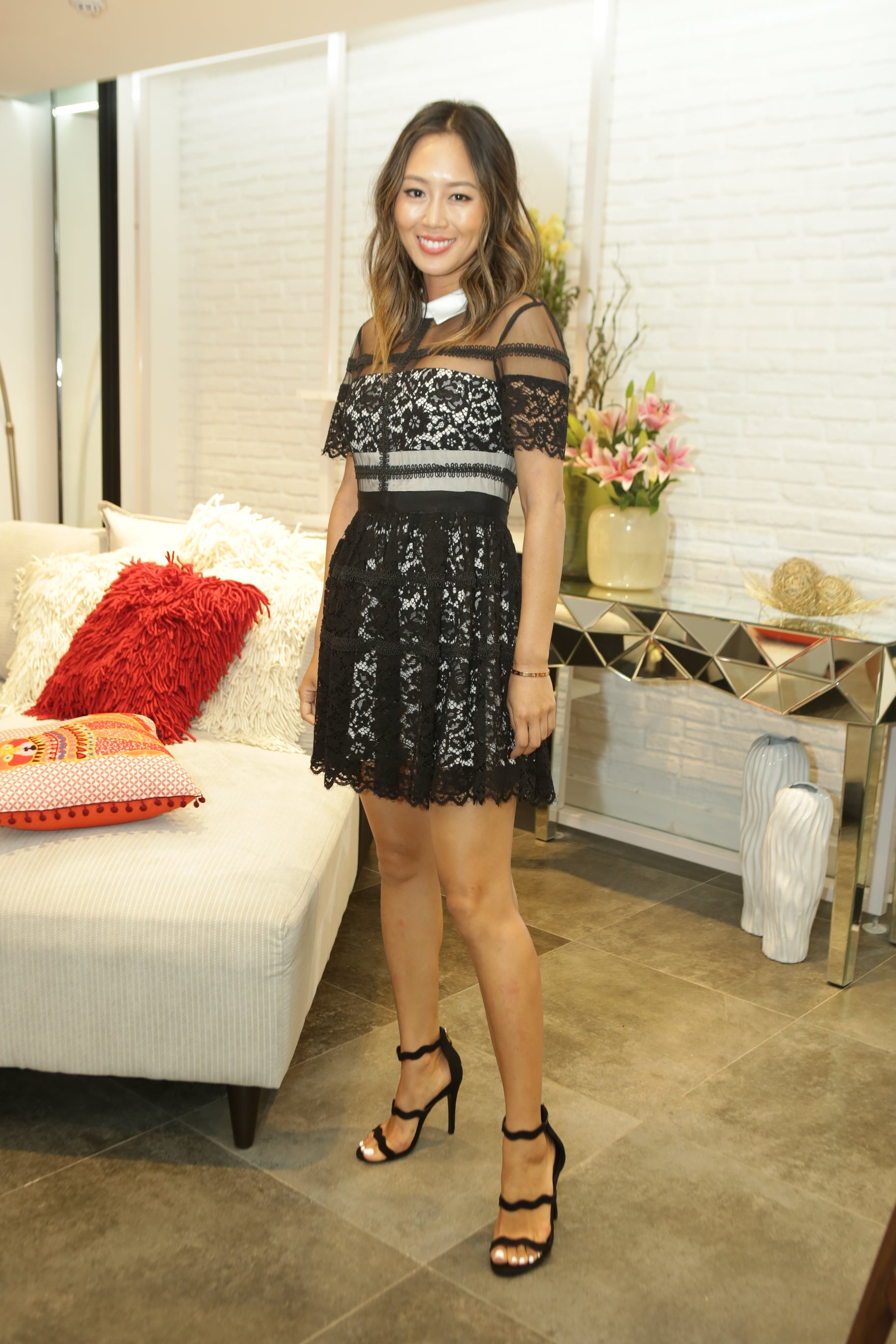 Aimee Song goes from ‘odd one out’ to 3.7M Instagram followers

Aimee Song squeals with delight upon seeing, for the first time, her images, her “little Asian eyes,” plastered all over SM Makati—on one side at the top of the building, on all the display windows, even a full-body shot of her on a billboard scroll that stretched four stories.

The video of her Philippine sojourn was posted on the popular Los Angeles-based fashion and interior design blogger’s blog, Song of Style (www.songofstyle.com), on Tuesday, documenting everything she did in the country on her second visit (she has traveled to Palawan before, on a holiday with her sister)—from shooting the campaign and visiting Cebu, to shopping at SM, where she even joins another shopper singing Mariah Carey on karaoke.

Song, in the vlog, sounds emotional as she says she never imagined seeing her images played out in such a spectacular way, as SM Makati did, since she never felt pretty growing up. “This is so cool… I was always the minority, the odd one out. In the media and magazines, I never felt that there was somebody like me, I was always the outcast. This is a crazy feeling.”

But Song has come a long, long way from that invisible California girl growing up. Born to Korean immigrants, the 29-year-old has 3.7 million followers on Instagram alone, and has landed on Forbes Magazine’s “30 Under 30” list for 2016. She is a major social-media influencer, chosen from a long list of international bloggers by SM to be the brand ambassador of SM Makati in its “Style Up” campaign.

Song, says SM, was chosen because she is relatable, someone who is believable enough to shop at SM. Unlike most popular bloggers, she tends to use both designer and high-street fashions, donning comfortably—and with aplomb— her Dior with picks from, say, H&M.

At her unveiling at SM Makati last week, she wore a black lace dress by Donna Morgan, which she herself picked out at SM Fashion Forum, the store’s boutique of international fashion brands. Song paired the P9,995 dress with a pair of black strappy heels from SM Parisian, costing P999.75.

“I love lace dresses!” she said.

For the annual ball of fashion magazine Preview that evening, she picked out another SM Fashion Forum dress by the brand Maniju, lacey red-orange with point d’esprit dots, paired with her own “geeky” slip-on shoes with block heels. (The party had a geek theme, and Song is the glossy’s July cover girl.)

“I’m always for quality over quantity. I don’t buy everything I see,” she said, before adding, sheepishly, “but it has been the opposite when I got here. I kept buying everything. I didn’t realize there were so many great things to choose from. I always edit and edit.”

To declutter her vast wardrobe, she gives away to friends and donates to charities in Los Angeles.

Fashion blogging was a happy accident for Song. She started her blog as student of interior architecture, with the intent of posting her interior design ideas. But she noticed that she was getting followed more for her fashion posts.

Today, she’s one of the most popular social-media influencers, collaborating with top brands. A couple of months ago, she was signed by beauty brand Laura Mercier as its newest brand ambassador, with a reported contract that tops $500,000.

“I’m glad they chose me,” she said. “Instead of using a standard beautiful girl to rep their brand—and there are so many—the fact that they chose a real girl like me, who uses their products, talks about it in my blog, Instagram and social media, I think it’s amazing. I’m not the prettiest and I’m not a makeup expert, but it shows how real the brand is.”

And it’s that same quality that made SM choose Song, says an SM executive. SM Makati is being positioned as more fashion-forward, catering to a market with more aspirational and discerning tastes, but continues to offer a selection of accessible style choices.

Song talked fondly of her parents who, unlike typical Asian immigrants, didn’t push her and her sister to go for traditional careers.

“My parents are the most open people. Ever since we were little, they encouraged us to do what we love. My sister, ever since high school, loved hair and makeup—she didn’t want to study —but my parents encouraged that. They didn’t want us to be somebody that we weren’t. They’re very loving, never discriminating of our friends. I hung out with everybody. That’s maybe why I’m so chill and open, because of the way they raised me.”

Song is also very close to her sister Dani, a jewelry designer whom she’s often photographed with.

Sibling rivalry is nonexistent between the sisters. “When I work out, I’m so competitive with my sister, but only because she has an amazing butt. I want to achieve her butt,” said Song. “But anything other than that, we’ve never competed against each other ever. We’re always supportive of each other. She’s my biggest supporter, aside from my dad. My dad’s No. 1. She’s No. 2. I’m her biggest supporter, too.”

Growing up with Korean parents, Song values respect for elders. “My grandma, my mom and my dad taught me to say hi to everybody. I’ve always been that way. When I go to the public bathroom, I say hi to the janitor. I don’t know if that’s a Korean thing, but that kind of honed me to be who I am now.

“Koreans are polite, honest and blunt. They don’t sugarcoat things. I have that, if I have to generalize Korean people. Korean women are known to pay attention to detail; I have that, too.”

Her one fashion advice to petite Asian girls like her: “Wear what makes you happy. Don’t try to be somebody else.”