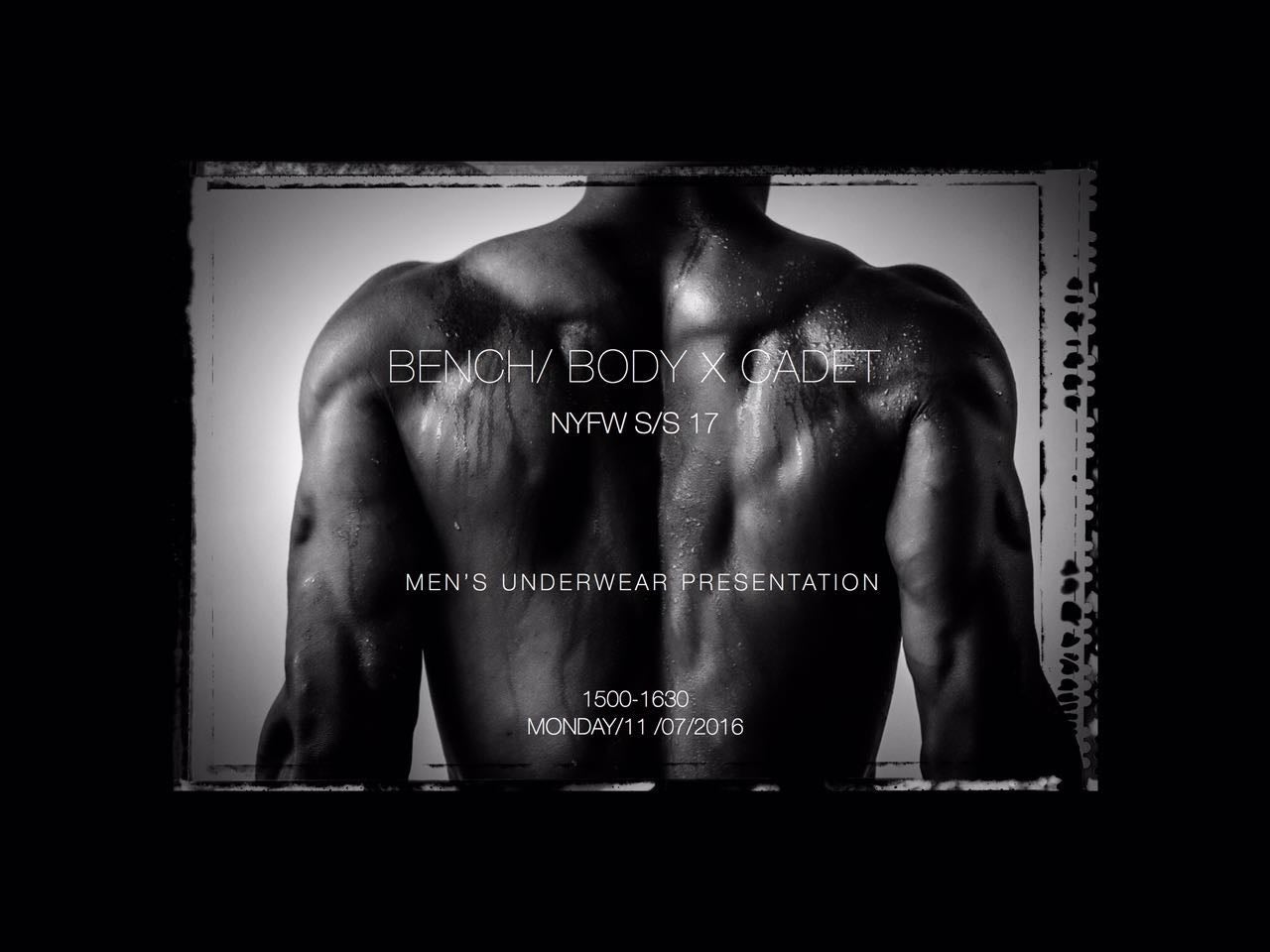 A first–Bench shows in New York

This was confirmed by Ariel Lozada in an exclusive chat with Inquirer Lifestyle.

“Bench is moving in a new direction and is living their vision to go global,” said the director, who will helm the Bench Body show Monday. The men’s underwear show is in collaboration with the Brooklyn-based men’s and women’s wear label Cadet, a CFDA/Vogue Fashion Fund finalist in 2015.

The Filipino brand “asked for a collaboration with [Cadet] as [Bench] intends to get to New York City,” said Lozada, who has been working with the New York label since last season, and will also direct Cadet’s show on July 12.

The Bench Body x Cadet show for Men’s Spring-Summer 2017 will be held at an off-site location, at M Studio/Michelson Studio, a loft venue with views of the Hudson River on Bank Street in downtown Manhattan.

Said Lozada, “As their debut, they want to start small so we’re doing a presentation for 1½ hours.”

It’s a long show by fashion-week standards, but definitely shorter than the sensational and celebrity-studded Bench underwear extravaganza held in big venues in Manila every two years.

The NYFW show, however, isn’t a replacement for the Bench underwear show in Manila “because we never really had one planned this year,” said Jojo Liamzon, ad and promotions manager of Suyen Corp., the company that owns Bench.

Liamzon declined to confirm if Bench is indeed planning to open a store in Manhattan.

For New York, Bench Body will cast models from only the US and Europe—all male, plus two female guest models, according to Lozada.

“It will be a surprise,” he said, only confirming that the guest models are Filipino.

Lozada, a veteran of high-profile events in the Philippines who has also helmed shows in London Fashion Week, has been directing at NYFW since last season.

Tycoon Ben Chan started Bench as a men’s T-shirt brand in 1987, and has grown into a global lifestyle brand, spawning sub-labels and a motley of product lines for men, women and children. It’s a pioneer in celebrity marketing in the Philippines.

Outside the Philippines, Bench has stores in China, the Middle East and Singapore. In the US, it has outlets in Daly City and Milpitas in California, and in Guam.