Pork ribs, gelato, pizza that are worth the drive | Lifestyle.INQ ❮ ❯ 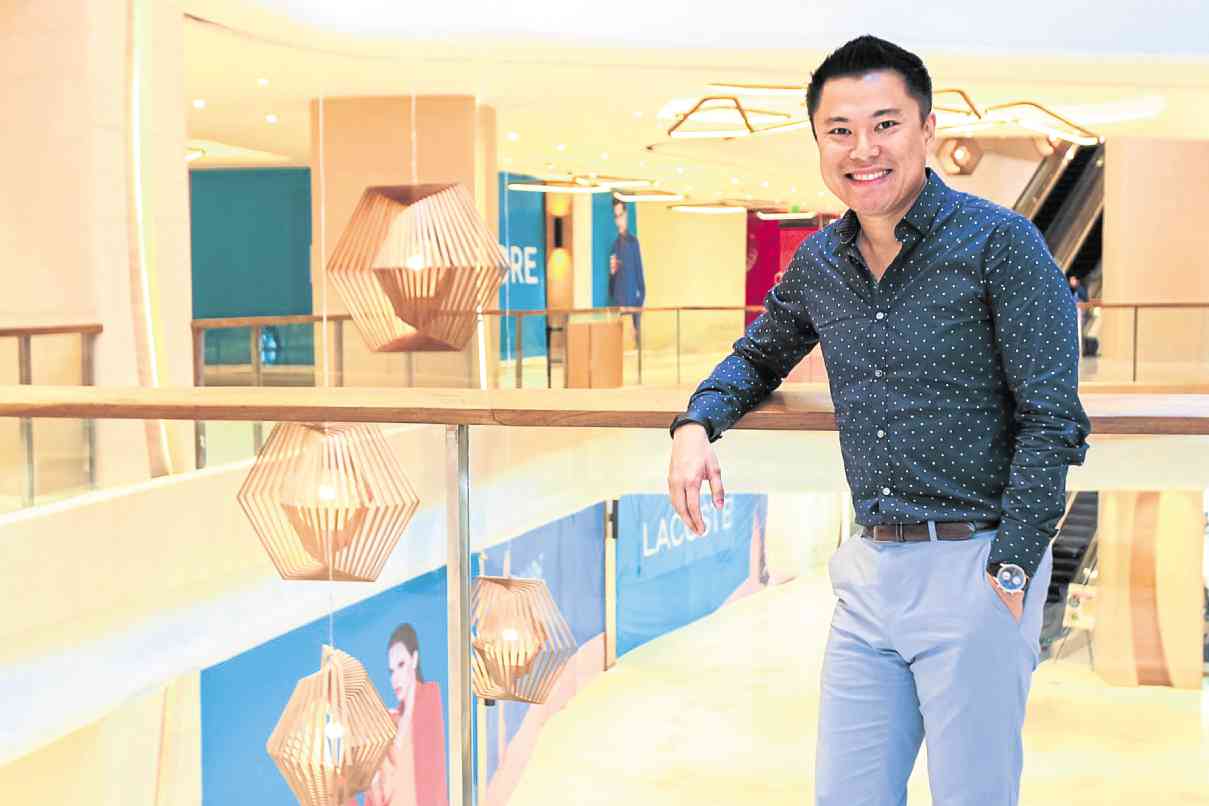 KEVIN Tan: “What we have tried is to get all-new concepts.” LEOM. SABANGAN II

Pork ribs, gelato, pizza that are worth the drive

Those who tried out the Malaysian-based restaurant chain on its opening day were rewarded with either a bottle of wine or a free half slab of tender, fall-off-the-bone spareribs.

Since then, Morganfields has drawn regular customers who come for bestsellers such as its trademark Sticky Bones (half or full slabs of prime roast rib, baked and smoked for hours) and the premium baby back ribs made with Iberico pork.

Iberico pork comes from black hogs native to the Iberian peninsula which feed on acorns with a high percentage of monounsaturated fats; the result is healthier meat.

This is just one of the reasons to visit Uptown Mall and Uptown Parade, two properties that sit next to each other, developed and managed by Megaworld Corp.

“We sought out brands from abroad after doing a lot of research,” said Kevin Tan, Megaworld senior vice president and head of Megaworld Lifestyle Malls. “This wasn’t a problem because the company has offices abroad—we were able to research, conduct tasting and curate the concepts.”

Tan added, “Filipinos are very well-traveled now because international flights have become more affordable. Their palates are upgraded so when they come home, their standards are higher and they’re more open to try out new concepts. I think this trend will continue and we will see more new restaurants opening.”

Uptown Parade is styled as a nightlife destination, with clubs like Valkyrie and The Palace Pool Club holding fort, although there are restaurants on both levels. A bridge connecting Uptown Parade to Uptown Mall is still under construction but will provide more accessibility to diners and shoppers.

The mall next door is a mix of dining and retail with cinemas on the top floor and a supermarket on the ground floor.

“What we have tried for both is to get all-new concepts, whether they are foreign or local restaurateurs,” Tan said. “The good thing about these foreign chains is that they raise the benchmark so local players also elevate their game. There’s healthy competition which is good news to Filipino consumers.”

Here’s a list of some of the new dining establishments at Megaworld’s Uptown Parade, Uptown Mall, Forbes Town Center and Newport Mall.

Palate’s chef Kaye Torres uses a mix of local and imported ingredients to come up with tasty French-Mediterranean fare. Trained at Four Seasons Hotel and The Mark Restaurant by Jean-Georges, Torres has a repertoire of plated dishes that, she says, allows diners to “travel with each bite.” Items on the brief menu are identified by their main ingredient: beef, pork, chicken or fish.

Its basic pizza, topped only with cherry tomatoes and fresh basil, is worth the drive. Other items in this beautifully designed, Japan-based chain include yakitori (grilled and skewered chicken), Caprese (salad with tomatoes and fresh mozzarella), homemade fettuccine with scampi in a tomato cream sauce, Neapolitan-style fish soup, and grilled T-bone steak and lamb chops. It also serves coffee by award-winning Australian barista Paul Bassett.

The cheese-centric menu and bright, welcoming space are perfect for meals shared with friends. Choose from favorites like Mushroom Truffle Pasta, tomato soup, Bacon Mac and Grilled Cheesy, the Big Buff and the Classic Melt.

This is the place if you’re hankering for gelato and then some. It offers a range of cold desserts, several savory dishes. The high ceiling gives the space an airiness that encourages lingering over dessert and coffee.

Its main draw is the dry-aged beef flown in weekly, fresh-chilled from the US. Most guests who book a table are familiar with Wolfgang’s as it has been operating in the US for over a decade. They usually zero in on the porterhouse steak that comes in portions good for two, three or four diners. The staff recommends pairing the steak with their creamed spinach and German potatoes but it’s actually best enjoyed on its own, cooked medium, with a glass of wine.

It’s quite a thrill to dine in a place that recreates famous Japanese seafood markets like Tokyo’s Tsukiji and Osaka’s Kuromon Ichiba. Guests can nibble on takoyaki (octopus balls) and tori karaage (fried chicken) or feast on freshly prepared sushi and sashimi.

Soon to open at Uptown Mall is the country’s first Denny’s, one of America’s largest casual-dining chains with over 60 years in the business and more than a thousand branches across the US.