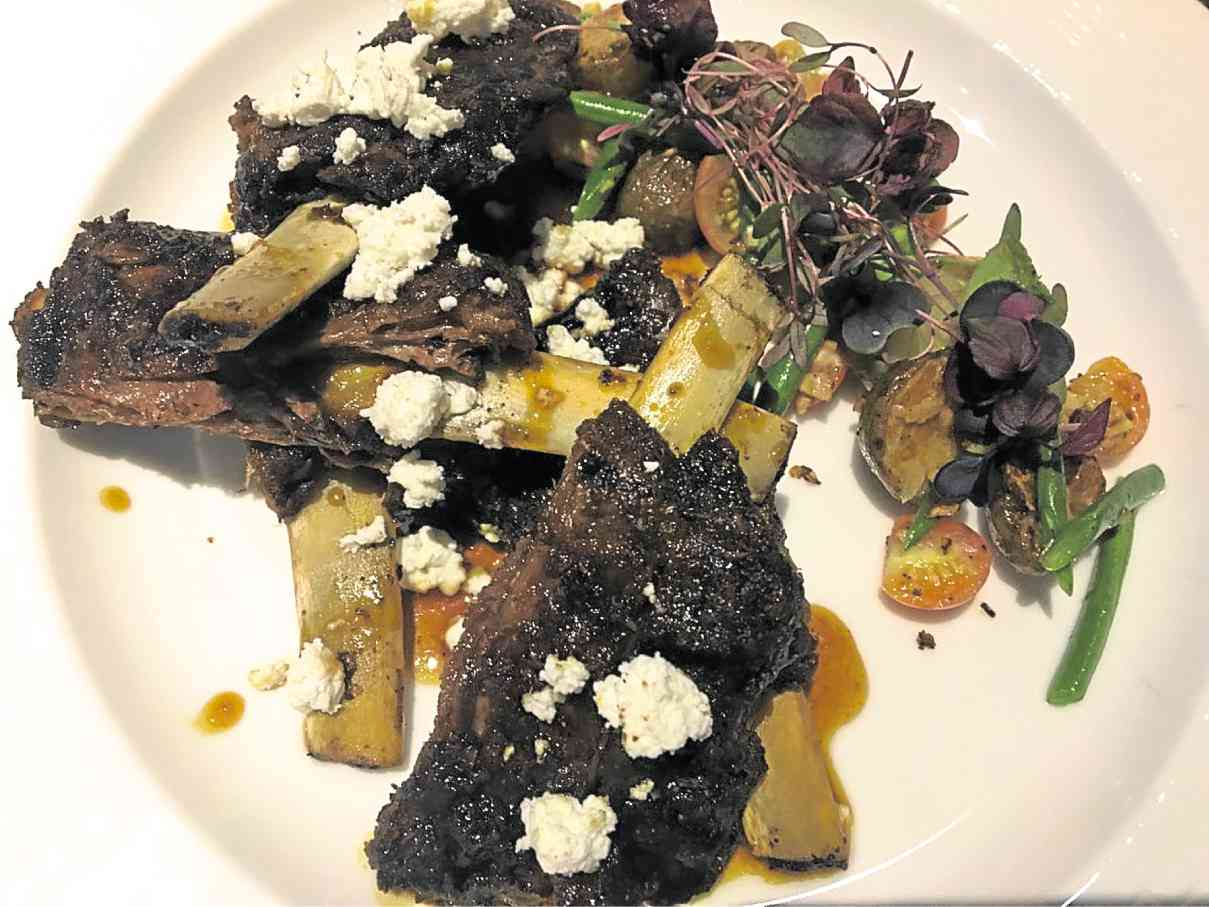 Looking at my personal archives, I was surprised to find that a lot of the material I’ve written is now dated. Not just about restaurants coming and going, which is to be expected, but many of the theoretical questions I’ve posed about why Filipino food has not gone global are now passé.

In London, Paris and especially New York, our food is no longer lurking in the shadows or relegated to a niche.

Margarita Fores’ feature in Lucky Peach, the cult foodie magazine, is of no small importance. Like “The Art of Eating” when editor Edward Behr was in his prime, or the more scholarly journal Gastronomica, the readership of Lucky Peach might be small by commercial magazine standards, but it’s read by  the right people, and most accurately reflects what’s hot and what’s not in the current food world.

Max Weinreich famously joked that a language was “a dialect with an army”; in the same vein, a cuisine is a food culture that’s gained political power. For this we have an army of tireless writers, bloggers and, most of all, chefs, to thank—not least of all, Fores herself.

It would be not only presumptuous, but selling ourselves short, to say that we have finally arrived. Heck, no, we’re just getting warmed up.

Following my good experience at Tapenade a few weeks back, I was excited to see that another outlet at Discovery Primea had opened. Following an abortive attempt to go exploring further afield that was scuppered by the rain, we decided to stay close to home and booked reservations at Flame, the newest restaurant in the tower.

Valet parking is easy, fast and courteous; the attendants don’t try to fleece you out of another P100 for “valet fee.”

Its menu checks the right boxes for a hotel restaurant. Like Tapenade’s, it isn’t the most exciting menu in the world, but it balances being edgy and innovative, providing safe, bland, international casual fine-dining stuff expected from a hotel restaurant.

It also ticks the boxes of being in touch with the outside world: for the bread it mixes butter and olive oil, and the butter is from Bukidnon, presumably from The Dairy Farm. I’ve had this butter on several occasions and only once has it presented itself as a true fermented butter, with the deep notes and nutty complexity when eaten with good fresh bread. This was, unfortunately, not one of them.

I had the queso de bola “five ways,” advertised on the menu as “a tribute” to Massimo Bottura, one of whose most famous dishes is the “five different ages” of parmigiano romano. I have not had Bottura’s version, so I cannot comment on this dish as a tribute, but I can say something as a diner.

I feel that this was a case of good intentions run amok. Queso de bola is a much less complex cheese than parmigiano, which is not a problem in itself; but to get the same startling burst of umami flavor, you need much more cheese.

Queso de bola also melts at a much lower temperature, and in a different way from a dry, aged block of parmigiano, which needs temperature and moisture. While not altogether unpleasant, the queso de bola appetizer was very, very salty, with all the textures collapsing into a goo like Cheez Whiz.

My wife is a more intelligent person than I am, and she ordered the grilled US scallops with endive, which was excellent. Her main course, the sea bass, also acquitted itself excellently.

My main course was not exactly what I had anticipated: lamb ribs were cooked Southern barbecue-style, and tasted, quite unexpectedly but not entirely unpleasantly, like the cola ribs at Chili’s, except with the added excitement of the gamey notes of lamb. I promise you that this is less of a derogatory statement than it sounds at first, and that you should give it a try.

The flavors are quite strong, though, and you will want an extra side dish of mashed potatoes to go with it. I liked it. If you’re in a less experimental mood, the usual selection of grilled meats is available from the vaunted Josper oven (a very expensive and very hot-burning charcoal oven and broiler): prawns, fish, chicken and a selection of steaks.

Desserts are wide-ranging but don’t go beyond the usual hotel fare.

The overall experience is pleasant. The service is very very good, attentive without being intrusive. There is a beautiful view of the Makati skyline, even from the lesser tables.

And for well-portioned ingredients and a prime location, the prices are reasonable. (You would have to spend at least half as much more at a comparable outlet at Makati Shangri-La or The Peninsula.)

However, I feel that some of the more ambitious items on Flame’s menu strain the limits of the capability of the kitchen. Still, it’s a new restaurant, and it will undoubtedly be able to refine its capabilities on the more specialized items at which its reach currently exceeds its grasp.

But if you stick to the less exotic things on the menu, you will be well served.