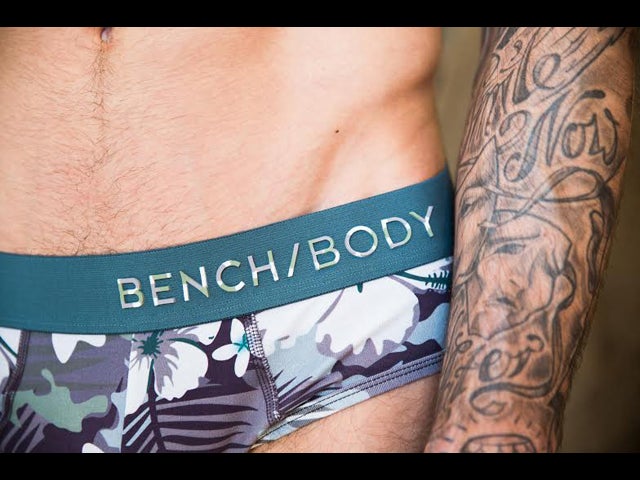 Bench is the first Filipino brand to show at New York Fashion Week--its first major move as it makes inroads into the Big Apple.

Bench Body, the brand’s underwear line, collaborated with New York brand and CFDA/Vogue Fashion Fund finalist Cadet for the show, directed by Ariel Lozada. It was held on Monday in a loft location called Michelson Studio in downtown Manhattan.

The fashion week presentation is Bench’s first major move as it makes inroads into New York, making good its goal to truly go global. Apart from stores in China, Singapore and the Middle East, the brand now has outlets in California and Guam.

“I am happy that our introduction to the New York market turned out well,” Chan told Inquirer Lifestyle. “The show was well-received, the market liked our product, and the right press came,” he added.

Noel Manapat, who headed the styling team, said “publications such as GQ, Esquire, Manifesto, among others” attended Monday’s show, which featured a motley of male models from North America and Europe, headed by Filipino-Canadian Paolo Roldan who has starred in Bench campaigns.

“Our casting director, Brent Chua, assembled a diverse set of faces, both new and current. We mixed the alpha males with the skinny fashion types, atypical of how we cast shows in Manila,” said Manapat.

Up-and-coming models like Trevor Signorino and Ivo Buchta, as well as William Los and Malik Lindo, joined Roldan in the lineup, which also had two female models in the mix.

Based on the official images shared to the Inquirer, the beefcake crew preened in a collection of vivid-print skivvies and briefs, inspired by island prints, in the venue adorned with fishing nets. The show’s theme is “Forever Summer.”

Chan started Bench in 1987 as a T-shirt brand; it has grown into an apparel and lifestyle behemoth, with a vast merchandise mix that now also includes footwear, fragrances, bath implements, accessories and a full clothing range, and sub-labels that cater to men, women and children.

The Bench underwear show is a major fashion extravaganza held every couple of years, which brings together not just models from the United States and Europe, but also the country’s top celebrities who are also Bench endorsers. (No underwear show is planned in the Philippines this year, according to Bench.)

Bench is known for its marketing campaigns that often push boundaries. Showing in New York City may be one of its boldest moves yet.

“But it is just the start,” said Chan, “and the future is uncertain but exciting. We’ll take it one step at a time.”