The West Philippine Sea–what’s on the students’ minds? | Inquirer Lifestyle 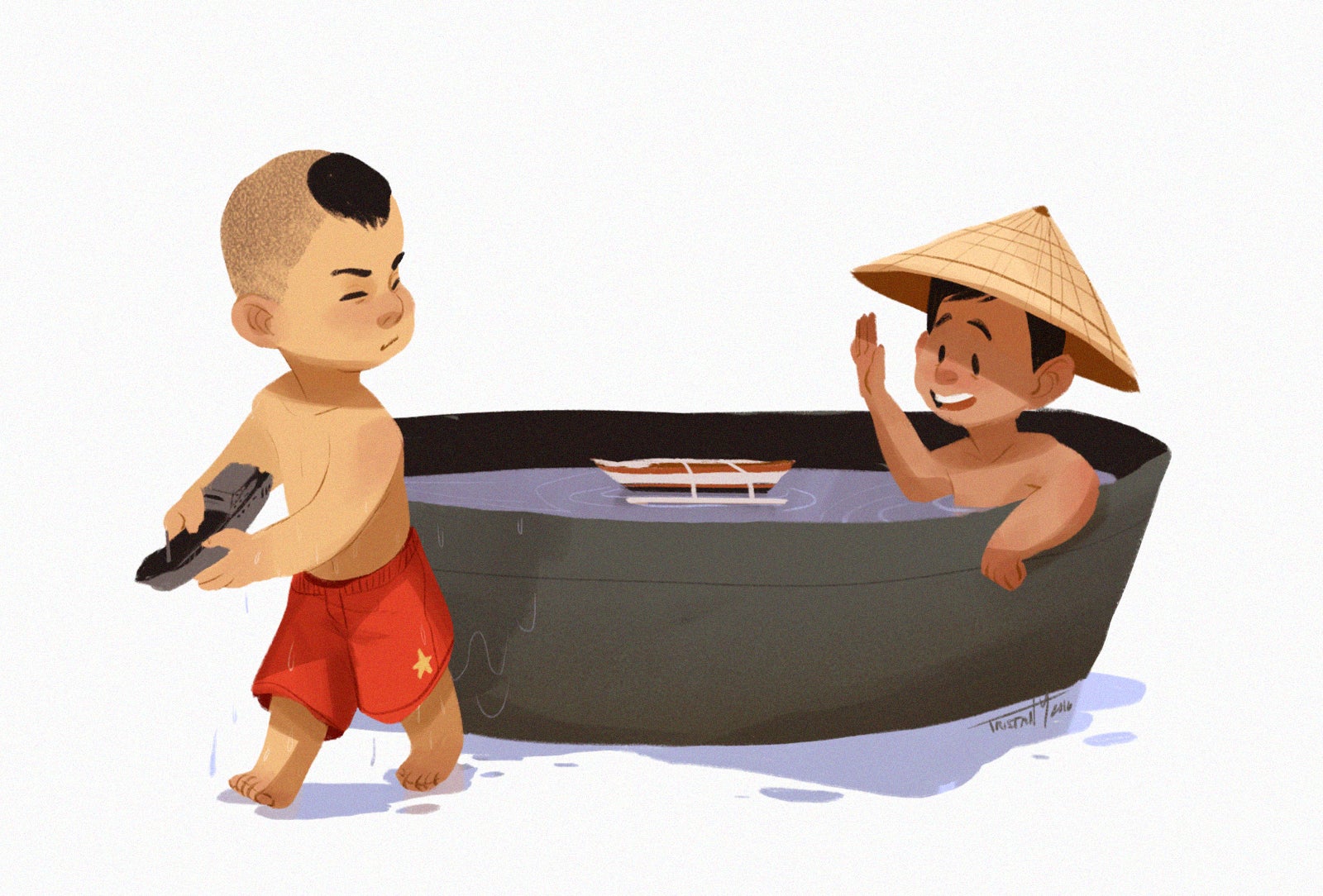 The West Philippine Sea–what’s on the students’ minds?

By: Angelica Y. Yang; Student correspondent; University of the Philippines Diliman 05:44 AM July 16, 2016

N JULY 12, the Permanent Arbitration Court in The Hague, capped a long and tense dispute involving the South China Sea by ruling in favor of the Philippines over China. According to the tribunal, China has no legal basis to claim parts of the contested waters which many have referred to as the West Philippine Sea, nor does it have the right to its resources and islands (like Spratly and Paracel) located within China’s so-called “nine-dash line.”

In celebration of this landmark decision, Filipino netizens rejoiced online with the hashtags #CHexit and #westphilippinesea.

But even with such a ruling, tension remains high as China refuses to recognize our victory and rights over a body of water said to be rich in natural resources. Whether China accepts the Hague verdict or continues to claim the contested area as its own, it is the Duterte administration’s plan of action that bears watching—specifically how it intends to use the West Philippine Sea’s resources and maximize its potential.

Students give their opinions on what they think the government should do with this reclaimed maritime territory.

“It is a great victory for the Philippines, but before we start claiming it as our own, we have to fix our relationship with China immediately. We should also adjust our laws to include the people in the Spratlys and give them the proper care.” —Winchell Wong, 23, University of the Philippines Diliman

“I guess the next plan of action should include the modernization of the Armed Forces of the Philippines and tapping allies to help with patrols, while still being diplomatic with China. While I agree that we should not be negotiating with China (that is, dividing the territory or embarking on a joint exploration), we shouldn’t reach the level of aggression where we aim our weapons at them. This will cause a lot of tension that may affect the OFWs in China. Our government should make sure it attends to OFWs, who might be feeling the tension after this ruling.” —Andrea Vergara Rufino, 22, De La Salle University

“I think the best thing to do is enforce our claim. The verdict doesn’t really mean much if China ignores it and everyone allows China to have its way. Addressing this means rallying international support and establishing a physical presence there, but I don’t really know about the specifics.” —Isaiah Lee, 21, University of the Philippines Diliman

“While it may be the unpopular opinion, I think that the Philippines should take action in reversing the environmental damage that China left in the Spratlys. As important as it is to win a territorial dispute, we must also remember to care for our surroundings.” —Isabelle Yuyek, 18, University of Santo Tomas

“The next step for the Philippines should be to secure its domain over the contested waters. We should begin by creating binding agreements with other stakeholder nations to unite the region against this blatant power grab by China. Developing outposts and islands is also a viable step to increase pressure on China.” —Emmer Rullog, 21, University of the Philippines Diliman

“I think the next action should be to defend it. This is not just because of China, who may try to reclaim it, but because it’s just natural for a country to defend its territories. We have gone through a lot for it to be ours. So it’s just right that we use these waters for the benefit of the country and its people.” —Sophia Lorraine Pagliawan, 16, St. Dominic College

“The government should ensure the safety of our countrymen based in China. As much as I’d hate to generalize the Chinese, past accounts of discrimination and harassment toward Filipinos living there prove that this issue isn’t something we should take lightly. There’s a huge probability that these instances will spike the same way acts of racism erupted in Britain post-Brexit, especially since the Chinese government has made it clear that it does not recognize the ruling.” —Sabrina Yu, 19, University of the Philippines Diliman

“We can’t be complacent; we should defend our territory accordingly. We should also fund and support our fishermen, give them the equipment they need, and support them financially. Also, we should be on the lookout for possible conflicts in the future.” —Czecil de Leon, 18, CIIT Philippines

“China doesn’t look like it will respect the tribunal’s decision, and it’s not like we can do anything about it. Owning the territory doesn’t really mean anything if we can’t assert our sovereignty over it, right? We don’t even have a real Navy, so we can’t protect our fishermen from the Chinese Navy or arrest illegal Chinese fishermen ourselves. I guess we’ll just have to rely on the United States again until we have an actual Coast Guard or Navy that can patrol our waters. Until then, we’ll do what we’ve always been doing, which is to complain to the international community.” —Earl Hans, 18, University of the Philippines Diliman

“If this means that we own the Spratlys, we should develop its resources to further help the Philippines’ economy and employment situation. I also believe that the transportation system should be a high priority. A lot of things become easier if we can get from one place to another faster.” —Stephy Sy, 19, Ateneo de Manila University

“The Philippines should consult economists, environmentalists and geologists because I don’t think our government is really qualified to handle the West Philippine Sea.” —Gillian Yap, 19, University of the Philippines Diliman