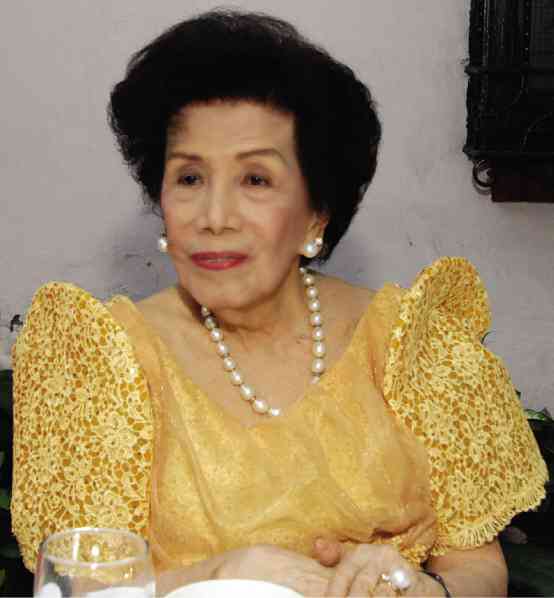 HELENA Z. Benitez, on her 100th birthday, is feted with a culinary tribute.

Former and incumbent senators yesterday paid tribute to Helena Benitez, a former senator, long-time educator and advocate for Philippine arts and culture who passed away Thursday at the age of 102.

In a statement, Sen. Loren Legarda recalled the late lawmaker’s contributions to the country  in promoting women’s rights and pushing for environmental protection.

Legarda authored a Senate Resolution in 2012 honoring Benitez for her contributions to the nation in the areas of education, environment, culture and the arts, and civic leadership.

“She was a catalyst for change who played many roles and conquered many frontiers—as educator, legislator, pioneer environmentalist, advocate of culture and civil society leader,” said Legarda.

“Helena Benitez was a legendary educator who leaves behind a legacy of quality education. She comes from a distinguished line of educators who uplifted the lives of the Filipino youth through learning and the arts,” he said.

“Her pioneering efforts to provide education to empower the women of the country in her days are now evident in the enjoyment by the better half of our people of the perks and privileges that used to be the exclusive domain of the macho Filipino,” Pimentel said in a statement. TVJ