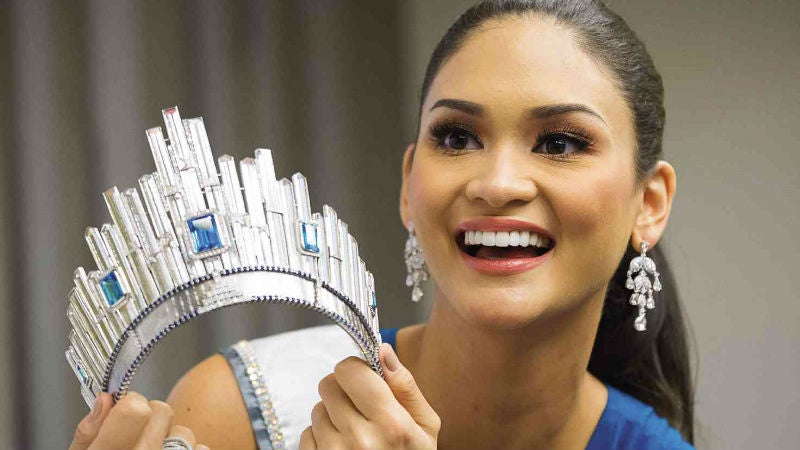 President Rodrigo Duterte has “approved in principle” the proposal to hold the next Miss Universe pageant in the Philippines, according to the Department of Tourism (DOT).

”The President agreed that sponsoring the event would be a tourism marketing coup with Philippines’ Miss Universe Pia Wurtzbach at the helm,” DOT chief Wanda Teo said in a statement on Friday.

Teo confirmed the President’s approval of her proposal during a meeting with tourism leaders this week, the statement read.

The newly installed Tourism chief said reigning Miss Universe Pia Alonzo Wurtzbach was set to return to the country to discuss the proposal, assuring that “commercial sponsors have offered to put up part of the franchise money.”

“Sponsoring Miss Universe is our focus right now, with the plan and sources of funding in tow. We are ready to seize the moment,” Teo said.

“Once Pia announces that Miss Universe is going to happen here, people abroad will start looking at the map and see where the Philippines is. And, we’re saying, we’d love to have you in Philippines,” she added.

If the plan pushes through, Teo said segments of the prestigious beauty tilt will be held in tourist sites like Palawan, Boracay and Cebu.

The last time the Philippines hosted Miss Universe was in 1994, which crowned Sushmita Sen of India as winner. The country first hosted the pageant in 1974, when Margie Moran relinquished her crown to Spain’s Amparo Muñoz.

The last Miss Universe edition was held in Las Vegas, Nevada, where Wurtzbach bagged the prestigious title after a 42-year drought for the Philippines. CDG