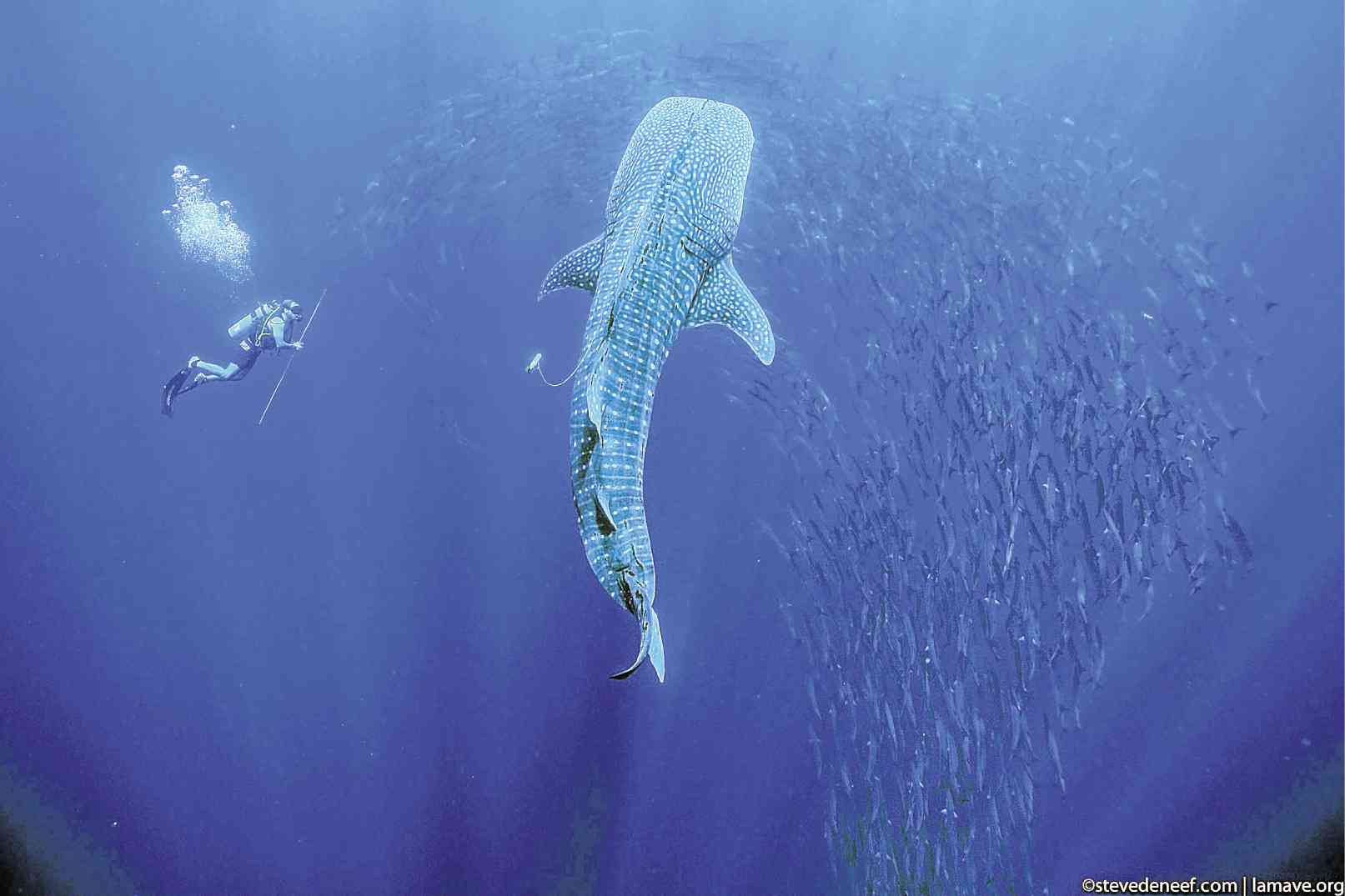 Now listed as “endangered” on the International Union for Conservation of Nature (IUCN) Red List of Threatened Species, this gentle giant has slipped one step closer to extinction, with the whale shark fisheries in southern China seen as a definite problem.

As a migratory species, whale sharks swim into southern China, site of several active whale shark fisheries, “which can really affect the regional population (of this species),” said Dr. Simon Pierce of Marine Megafauna Foundation who is also a member of the IUCN Shark Specialist Group.

The IUCN, the world’s largest environmental network, counts some 1,300 members and is the main authority on global species conservation. Its Red List, founded in 1964, is the most comprehensive and recognized listing of the status of species in the world.

IUCN Red List categories range from Least Concern (LU), meaning the species is still widespread and abundant, to Extinct (E), meaning there are no known individuals still existing, whether in the wild or in captivity.

The whale shark was previously classified as Vulnerable (VU), meaning the species was at high risk of danger in the wild. The next level, Endangered (EN), kicks this status up to a high risk of extinction. Only two more classifications—Critically Endangered (CR) and Extinct in the Wild (EW)—keep the butanding from being considered under threat of extinction.

In a video released by the Large Marine Vertebrates Research Institute Philippines (Lamave), a Bohol-based research institute that has been investigating and satellite-tagging whale sharks since 2012, Pierce said the agency reached this conclusion following its most recent whale shark assessment conducted after 10 years.

“Previously (whale sharks) were Vulnerable, which suggests they had more than a 30-percent decline overall,” Pierce said. “We’ve just upgraded their listing to Endangered, which means the population has probably halved over the last few years.”

He added: “We have been tagging in various places, and the (whale shark) population in this archipelago is really strongly connected and quite likely swimming into international waters,” including those of southern China. This site of several active whale shark fisheries “can really affect (the) regional population (of this species),” Pierce said.

“(Lamave’s) researchers have matched sharks between various islands within the country, but also as far as Taiwan,” said its media director, Sally Snow.

“In 2013, a shark encountered by our team in Southern Leyte was matched with a photograph of a shark previously seen in Taiwan, a minimum journey of 1,600 kilometers. (While) sharks have been moving between Philippine islands, what we are most concerned about is whether the sharks are moving into the South China Sea—an area where they are at risk.”

Snow, who regards the whale shark as a Philippine icon (“We see it daily on the P100 bill”), said “it is devastating to find out that one of the main illegal fishing grounds is right next door. If whale sharks are moving from the Philippines and into these unprotected waters, then we will need to work together toward international protection.”

Lamave researcher Gonzalo Araujo said the satellite tags can tell whether the whale sharks are residing here or are moving elsewhere. “Were they headed toward the south of China? If they are visiting or traveling through this area, they’re at very high risk.”

In May 2016, a photograph of a whale shark caught, hung up and slaughtered in Behai in China’s Guangxi Province went viral.

“It’s a real shame that (these marine animals) have been threatened by our activities,”  Pierce said. He recommends swimming with them to experience the animals firsthand, and to get involved in their conservation. “We can also look at other threats like unsustainable seafood fisheries and make better consumption choices,” he added.

Whale sharks, which can grow up to 20 meters in length and feed only on microscopic plankton and small fish—are regularly sighted in the Philippines.

In 1997, divers in Donsol, Sorsogon, discovered that the world’s biggest fish had been frequenting Donsol Bay to feed at certain times of the year. Through the efforts of the Department of Tourism and marine conservation group Worldwide Fund for Nature-Philippines, whale shark interaction was monitored and systematized, ensuring the protection of these animals and creating a major new revenue source for the municipality.

Time Magazine called the Donsol experience the “Best Animal Encounter in Asia” in 2004.

In recent years, Oslob in Cebu has also become a diving destination for whale shark watchers, although environmental groups question the soundness of local practices, as fishermen feed the whale sharks to ensure their presence. The animal, easily recognizable because of its spotted appearance—distinct patterns have been used by scientists to identify individual whale sharks—has also been frequently seen in Tubbataha, the premier Philippine scuba-diving destination in the Sulu Sea, 150 km from Puerto Princesa, Palawan.

READ: Our big surprise in Tubbataha—diving with Destiny

In 1998, in the wake of the Donsol phenomenon, then President Fidel V. Ramos approved a national law, the Fisheries Administrative Order No. 193, which banned “the taking or catching, selling, purchasing and possessing, transporting and exporting of whale sharks and manta rays.” The ruling made the Philippines the first Southeast Asian country to pass a national law protecting the animal. TVJ

Donsol shows the way in ‘butanding’-watching