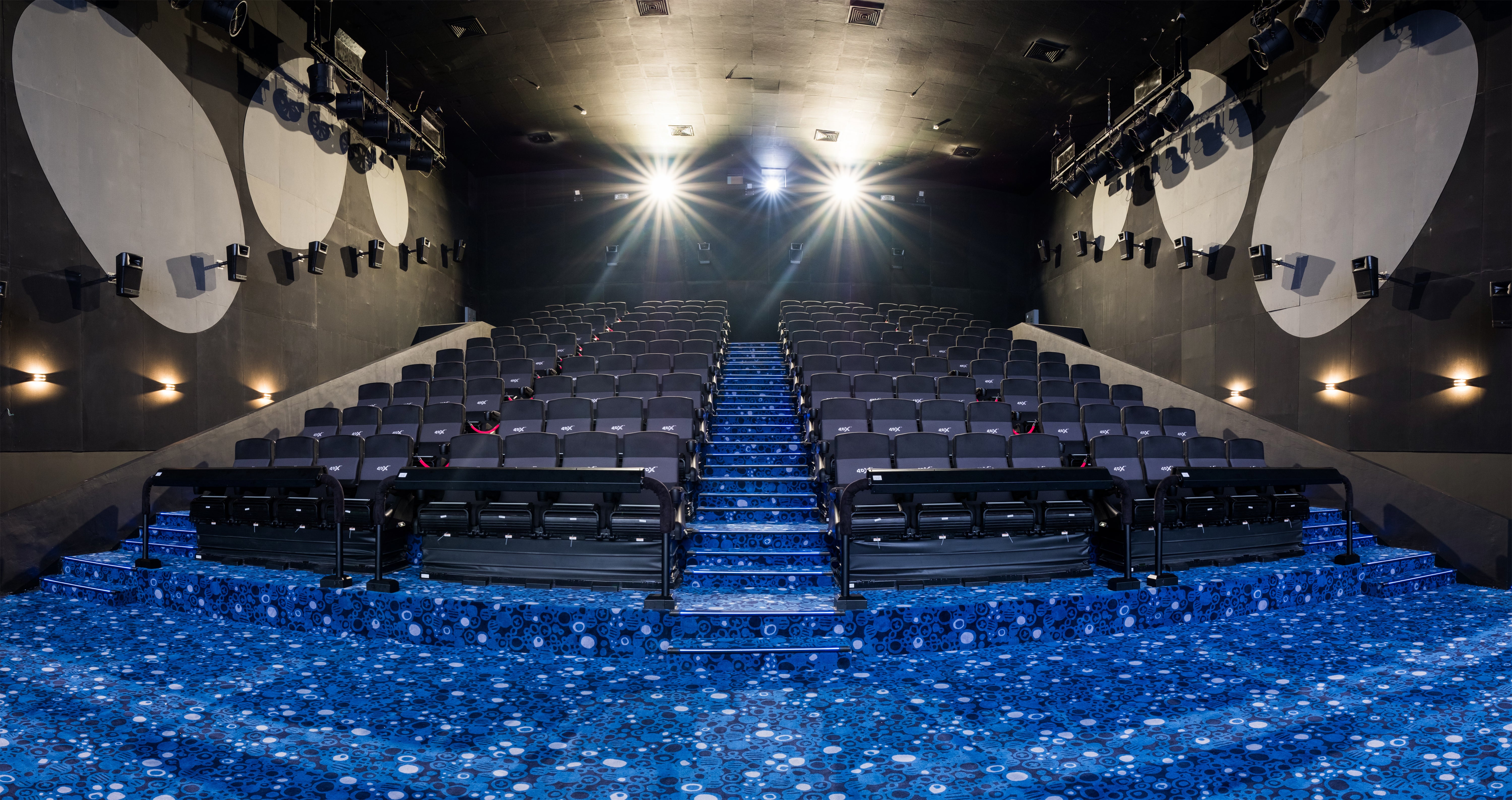 The first of its kind in Northern Metro Manila, the 4DX cinema will indulge movie-goers with high tech motion seats and realistic environmental effects orchestrated perfectly with the motion picture on screen. PHOTO by Ayala Cinemas

Ayala Malls has opened its leading-edge 4DX cinemas at the University of the Philippines (UP) Town Center, the first of its kind in the northern part of Metro Manila.

The 4DX cinema features state-of-the-art effects and high-tech motorized recliner seats that will make moviegoers “feel the thrill of the movie.” Realistic effects such as motions, sounds and even scents from the film scenes are orchestrated in the 4DX movie theater. The theater’s recliner seats and screens were built by American sound specialist Dolby with its Dolby Atmos audio technology.

At the grand opening on Friday, July 15, special guests were treated to the block screening of “Ghostbusters,” complete with movie effects such as the breeze, rain, fog, lighting, bubbles and even vehicular movements.

The cinemas have Movie Snackbar that sells delectable treats and beverages to moviegoers.

Tickets can be purchased at www.sureseats.com or at the ticket counter. They can be also be bought at the counter via Ayala Malls Cinemas’ MPass card, a reloadable movie card that lets you pay tickets online and over the counter. Tickets will likewise be payable soon with major credit cards.