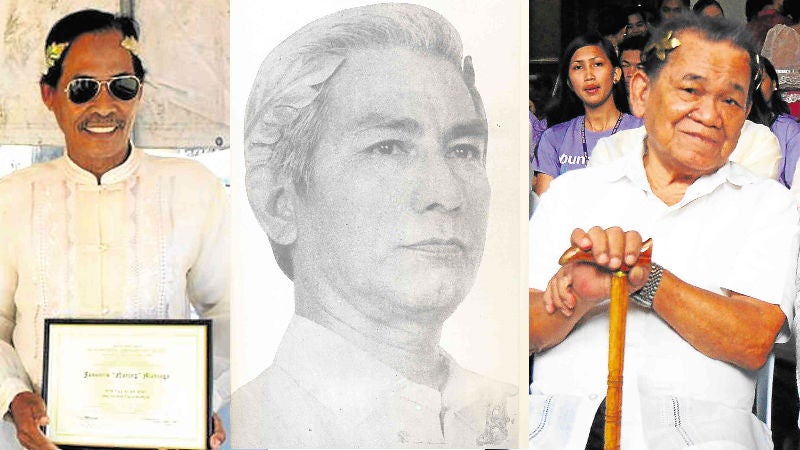 Where have Kapampangan poets gone?

The small tribe of poets, whose muse is Indung Kapampangan (motherland) and who vowed to nurture the “amanung sisuan” (native language), has become a shrinking community.

“We are already few, and we are getting fewer,” Felix Garcia, 79, president of Aguman Talasulat Kapampangan, rued in Kapampangan before leading a tribute for Calilung on June 30 in Angeles City.

Aguman Talasulat Kapampangan has 30 members. Its older poets laureate are getting even scarcer, though they still carry on with the tradition of wearing laurel crowns. They are Francisco Guintu, Romeo Rodriguez, Jaspe Dula and Amado Higante.

“Bayung suli” (younger poets) come few and far between, like Adrian Magcalas, Calilung’s grandson Roilingel, Garcia’s son Marvel, Rodel Gozum and Orlando Dizon, who hone the craft on their own or through workshops and lectures.

There is no definite schedule for crowning the king and queen of poets, but the event is undertaken to fill the void opened by the death of Pampanga’s noble poets. Alzadon succeeded Vedasto Ocampo, who died in June 2009.

The practice of crowning poets laureate after an elaborate process of election was initiated by the late Amado M. Yuzon, founder of United Poets Laureate International.

In many ways, the literary circle is supported by Holy Angel University’s (HAU) Center for Kapampangan Studies.

Fernandez and Calilung, in their senior years, managed to publish their poems in 2014. Fernandez wrote “Alingongo,” while Calilung wrote “Pamagdulap king Lugud.” The pieces are included in Joel Mallari’s anthology of poems, “Kawatasan.”

Fernandez also published the book, “Bakas Panas,” in memory of his son Robin who was killed in Baguio City in 1996.

Fernandez worked in the local government of Mabalacat City to support his family and art. Calilung worked as a carpenter, a sculptor and a “cochero” (horse rig driver).

Maniago’s poem, “Ding Bayaning Era Balu,” was translated by Jose Ma. Sison into Filipino and published in many anthologies as “Magsasaka, ang Bayaning Di-Kilala.” He recited it on Jan. 29 in Tarlac City at the launching of Sison’s book, “Crisis Generates Resistance.”

Maniago stayed abroad during martial law, writing poems about overseas Filipino workers and sending them in tapes read in programs of fellow poets Norming del Rosario and Romeo Rodriguez on dwSF in the City of San Fernando.

In 2009, Maniago recited his poems on dwBL with Rodriguez, Evangelista, Esting Mallari and Carlos Castro. He wrote more than 200 poems.

While Aug. 29 is designated as the Day of the Kapampangan language, it has been a “struggle to keep the language and literary tradition going,” Garcia said.

And death, an inevitable outcome for all, even poets, renders that struggle even more difficult.