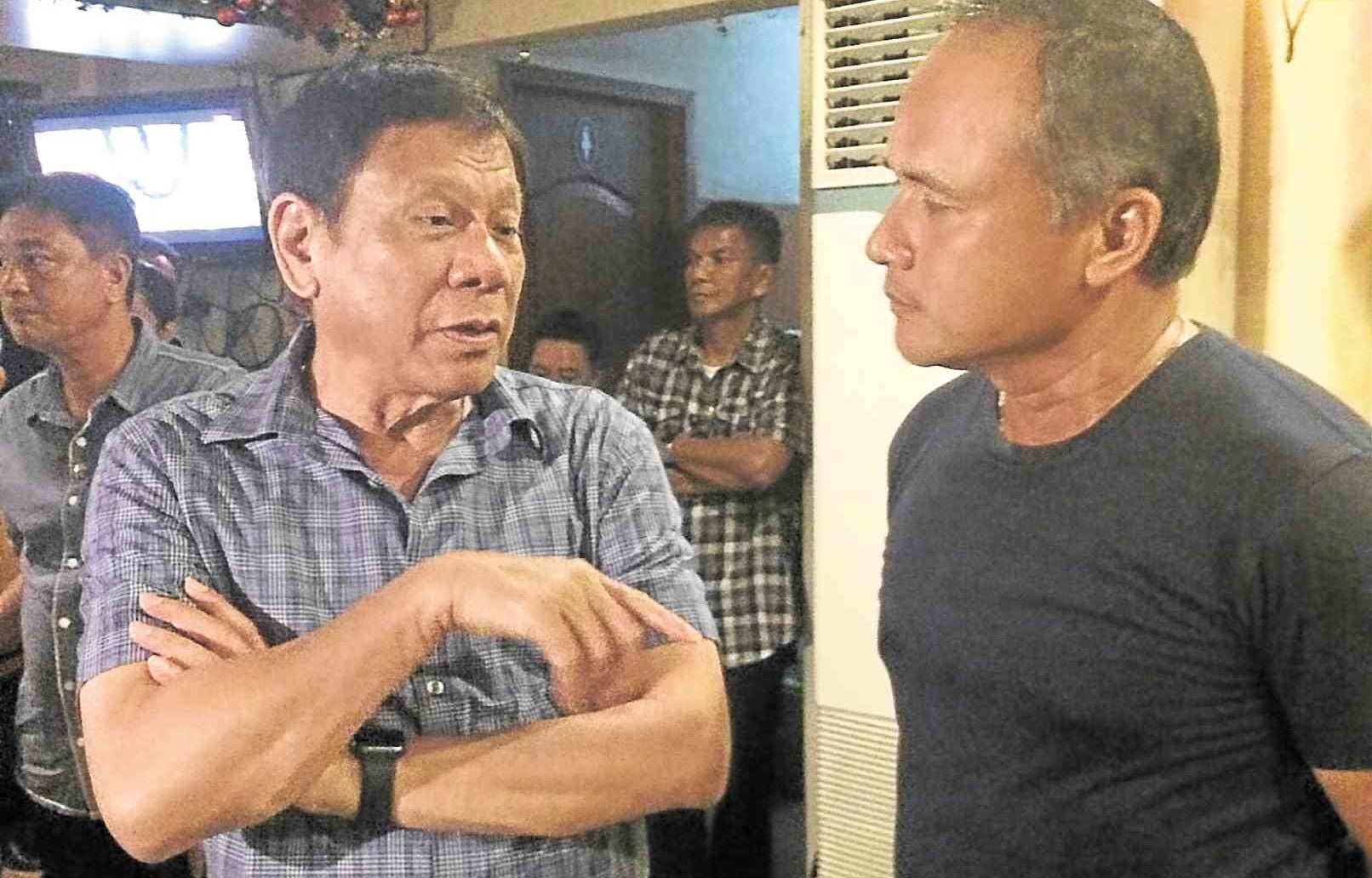 “PARANG tatay ko ’yan,” Chad Borja says of the President, with whom he spent time at the target shooting range when Duterte was Davao City mayor. POCHOLO CONCEPCION

We found Duterte after dark

INQUIRER Lifestyle flew to Davao City last weekend to observe its nightlife and how people have adapted to the liquor ban after midnight imposed by the local government since 2001.

Just before the clock struck 12 a.m., we asked our guide, singer, golfer and Davao resident Chad Borja, if we could swing by After Dark—the place that gained national exposure recently for being a favorite hangout of President Rody Duterte since his years as city mayor.

Approaching the place, we saw police cars all around. A sign by the entrance said “Private,” bolstering our hunch that the President could be inside.

“Let’s try our luck,” Chad said, mindful that not everyone could just enter After Dark, especially if there was a private party.

As we walked toward the entrance, a voice called out, “Chad!” It was Christopher “Bong” Go, Presidential Management Staff head who happened to be texting on his phone when he saw our group.

“Kanta ka, Chad,” Bong said while motioning the Presidential Security Group to allow us to enter.

As soon as the door swung open, we saw the President at a table in the company of two male friends. “Chad,” he acknowledged, standing up and extending a handshake.

As Chad proceeded to make introductions, we weren’t sure how the President would react if he found out we’re from the media, the Inquirer at that. But he seemed like a real gentleman of the old school, mild-mannered, disarming even, with the way he smiled before shaking our hand.

We asked for a San Miguel Pale Pilsen.

Glancing at Mr. Duterte’s table, we saw platefuls of fried bananas but with no sugar, or what he calls maruya, and bottled water—no alcohol for him, though his friends seemed to be drinking whisky.

As piano music played, Mr. Duterte and Chad engaged in intimate conversation for quite some time, the President listening intently and then talking in a low, inaudible voice.

After what seemed like an eternity, we seized the opportunity to ask, “Mr. President, can I take your picture?”

As it turned out, he and Chad were gun enthusiasts and had spent time at the target shooting range when he was city mayor.