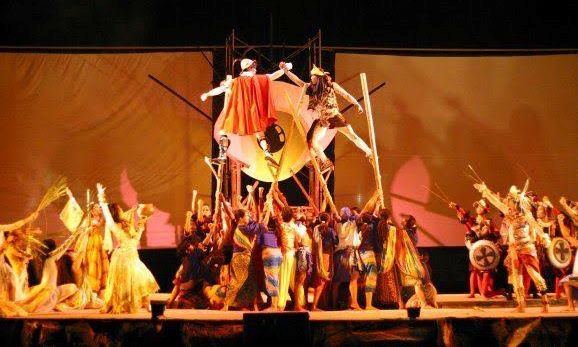 PERFORMERS from the festival's 2015 edition

Lamenting the degeneration of the street-dancing competition of Bohol’s month-long Sandugo Festival “to a routinary exercise of gestures and dance patterns” copied after Cebu’s Sinulog, Bohol organizers said they have tried to make the 2016 edition more rooted in the province’s history and art forms.

According to the festival’s artistic committee head Lutgardo Labad, Sandugo 2016 will use the native Kuradang dance “as the main basis and inspiration for this year’s contest, being the most local of Boholano traditional dance expressions.”

Labad said that by using the dance as the basis of the festival. Boholano creative genius will be fostered and “local aesthetics” developed.

It will also put emphasis on the Blood Compact, the historic concord of peace between Spanish Miguel de Legazpi and Bohol chieftain Sikatuna in the late 16th century, as the most important historical event in Bohol that is worth memorializing, Labad said.

Kuradang, according to historian Marianito Luspo, is a native Visayan dance practiced in Bohol, Cebu, Leyte and Panay, which he theorized as sinu’og or sinulog in its purest form.

“This is the true ancestral dance of the Visayans, performed to the accompaniment of such percussion instruments as the drum and the gong, and set to the 2/2 time signature that is truly reflective of ethnic music,” Luspo said.

The Kuradang dancing competition, the reinvented street-dancing festival competition, is going to be held on July 22 in Tagbilaran City.