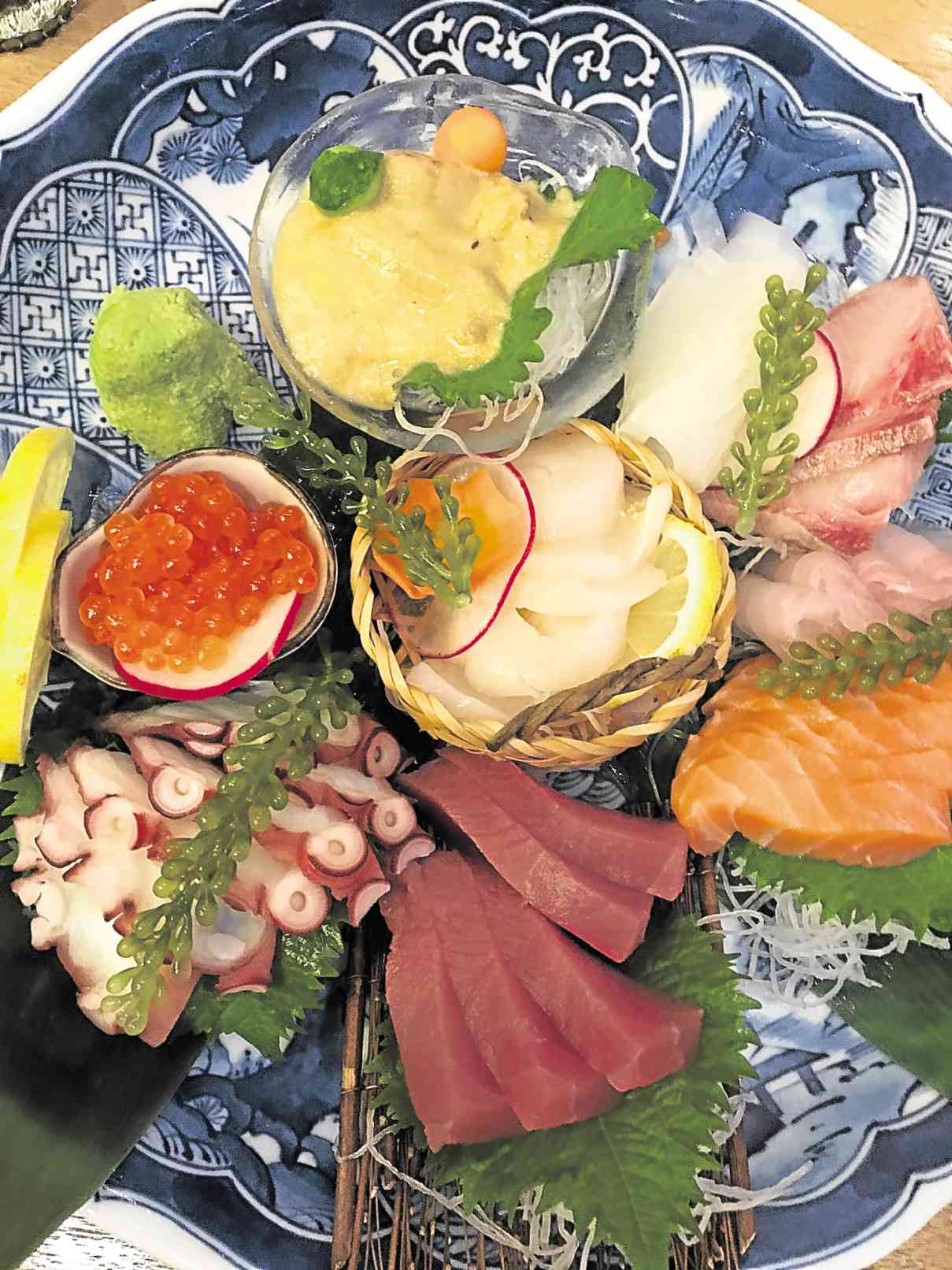 A gem of a find–resto serving ‘izakaya’ or Japanese tapas

It’s been too long since I’ve been able to recommend a restaurant so wholeheartedly, so it’s with great joy that I tell you about my latest find, a gem of a Japanese restaurant in the heart of Bonifacio Global City, a place I usually love to hate.

We stumbled on Izakaya Sensu on the night before it opened. Like many others, I had been waiting for the restaurant to open because its presence on social media was quite strong in the run-up to the launch. But I had assumed that it would be packed on opening night, so we had, without much enthusiasm, reservations elsewhere.

At the last minute, I received an invitation from one of Izakaya’s owners; the restaurant wasn’t open but, like the Death Star, was fully operational, and would we like to come the night before it opened?

So, yes, the usual disclaimer applies: I ate at the restaurant’s expense. But that’s not the reason I’m giving it a glowing review.

It’s simply good food all the way down at Izakaya Sensu. This is the restaurant half of the venture; the other half is Chotto Matte, its bar operation, and I’ll leave that for someone better versed in the world of spirits to review.

I’m firmly corporeal and of this world, and that night I wanted fish, fresh fish, and a lot of it. It had been a sodden weekend and we nursed cups of hot tea as the food, recommended by Myrza Sison—one of those rare models who is as good with a menu as well as with a comp card—began to arrive.

The sushi omakase has a fairly comprehensive, well-composed platter. For starters, it’s almost all fish, and no annoying crab sticks or omelettes to take up valuable tummy space; bluefin tuna rather than yellowfin (I like both), and an assortment of other fishes, and squid, but not quite the usual suspects.

I was told that, aside from the obvious coldwater fishes such as salmon and yellowtail, most of the fishes were local. This means that you don’t get the creamy fat of imported varieties, but exceptionally fresh, firm-fleshed fish.

The spicy tuna roll was very well executed, as was the house sensu roll (though there’s quite a lot of it and this would be best shared among a large group).

Particular standouts were the uni popsicle, creamed uni rolled in squid and frozen, not a typical Japanese dish, but something that would be very welcome as an appetizer if you walked in on a hot summer day; a basket of shrimp heads and legs fried to a crisp that you can pop like snacks out of a bag; uni deep fried in tetrazoidal parcels of nori as tempura.

For a restaurant in BGC, the prices aren’t sky-high at all. It’s true that small plates add up, as they do when you get the bill in a tapas bar, but the plates at this izakaya (the Japanese counterpart to a tapas or pintxos joint) are not bad.

It’s a place for sensible, casual meals rather than shrines to Kobe beef or exotic imported fish varieties (although the man in charge is a third-generation pufferfish chef).

The only problem in this restaurant will be getting a seat, at least in the coming weeks when it had just opened, and also parking.

There’s a special place in hell reserved for BGC traffic marshals, and if you leave your car for a nanosecond you will be seized and handcuffed and your car will be clamped, towed or crushed.

Net Park’s parking spaces are not open yet, so in the evening you can park at Net Lima and walk over. During the day you can park in the closest reasonably priced parking space, such as Alabang, and take an Uber over, or have your driver make circles around 32nd Street as everyone does.

In search of identity

After dinner I stopped over at Passion by Gerard Dubois—yes, that really is the restaurant’s name—for a millefeuille (soggy) and coffee and hot chocolate (excellent).

The outside seating of the café looks across the street to the derelict shell of the first few buildings of BGC, when it was still known as The Fort. Then, as now, I had a love-hate relationship with the place.

In the 20 years since we partied in the building that looked like a glammed-up barracks, the former Fort Bonifacio is still a city in search of an identity.

It can’t be worse than the relationship that the place must have with some others, who knew the place as the Ipil Rehabilitation Center, the infamous detention center where fingernails and toenails were pulled out and electrodes clamped to testicles during martial law.

The Fort has come so far since then. It’s we, though, who haven’t; and what has happened before can happen again.