3 centuries of fashion, from Madame Grès to Montana | Inquirer Lifestyle 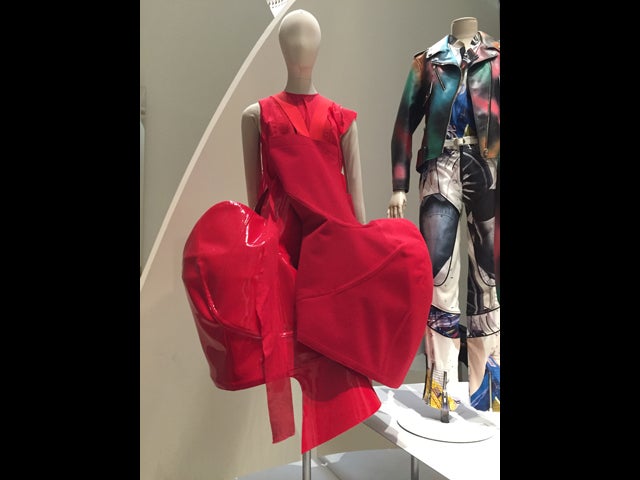 3 centuries of fashion, from Madame Grès to Montana

Paris remains one of my top favorite places simply because I am assured of a worthwhile fashion exhibit when I’m here—both inspiring and relevant. And I also look forward to a good cup of coffee with croissants.

For the fashion enthusiast, a museum not to miss is the Musée des Arts Décoratifs, a museum containing a fashion collection with around 150,000 pieces of fabrics and fashion.

The Musée des Arts Décoratifs is celebrating the 30th anniversary of its fashion collection, with the exhibit of three centuries of fashion, from mid-18th century to the present, “Fashion Forward, 3 Siécles de Mode (1715-2016).”

This exhibition brings together 300 items of fashion—men’s, women’s and children’s, selected from the museum’s collections, giving a chronological overview.

Included are fashion accessories, major collections of drawings and photographs, and the archives of iconic creators such as Elsa Schiaparelli, Madame Grès, Paul Poiret, Callot Soeurs, Madeleine Vionnet and Cristobal Balenciaga, and the emblematic works of great figures of couture such as Charles-Frederick Worth, Jacques Doucet, Jeanne Lanvin, Gabrielle Chanel, Christian Dior and Yves Saint Laurent.

“The Decade of Change and Futuristic Fashion” included the designers of the ’60s: Pierre Cardin, Andre Courreges and Paco Rabanne.

The ’80s also saw the move into the Paris fashion scene of the fashion-forward and revolutionary Belgian and Japanese designers.

The exhibition ends in the eclecticism of the current contemporary fashion scene, in which the names of the most original creators are now associated with the most ancient fashion houses, like Chanel, Balenciaga, Louis Vuitton, Givenchy, Lanvin and Christian Dior.

In 1986, the Musee des Arts de la Mode was founded on the initiative of Bergé (the man behind Yves Saint Laurent, the man and the brand) and the French textile industry, with the support of then culture minister Jack Lang.

What makes this exhibit interesting is that it also provides a new insight into fashion’s evolution.

At Les Arts Décoratifs, fashion is treated as an artistic field presenting fashion’s history of evolving textile materials, techniques and designs and also a history of changing trends and attitudes, a reflection of the era’s lifestyle.

Because the entire history of fashion is also a history of the body and style, the exhibition’s artistic direction was entrusted to the British choreographer Christopher Wheeldon, formerly one of the stars of New York City Ballet and a Tony awardee for his stage adaptation of “An American in Paris” in 2014, based on the film by Vincente Minnelli.

In collaboration with scenographer Jérôme Kaplan and assisted by Isabelle Vartan, he has succeeded in giving the collection a poetic and panoramic dimension, breathing new life into these distinguished and outstanding creations by transforming the different stages of the exhibition into a world in itself.

The exhibit runs until Aug. 14.