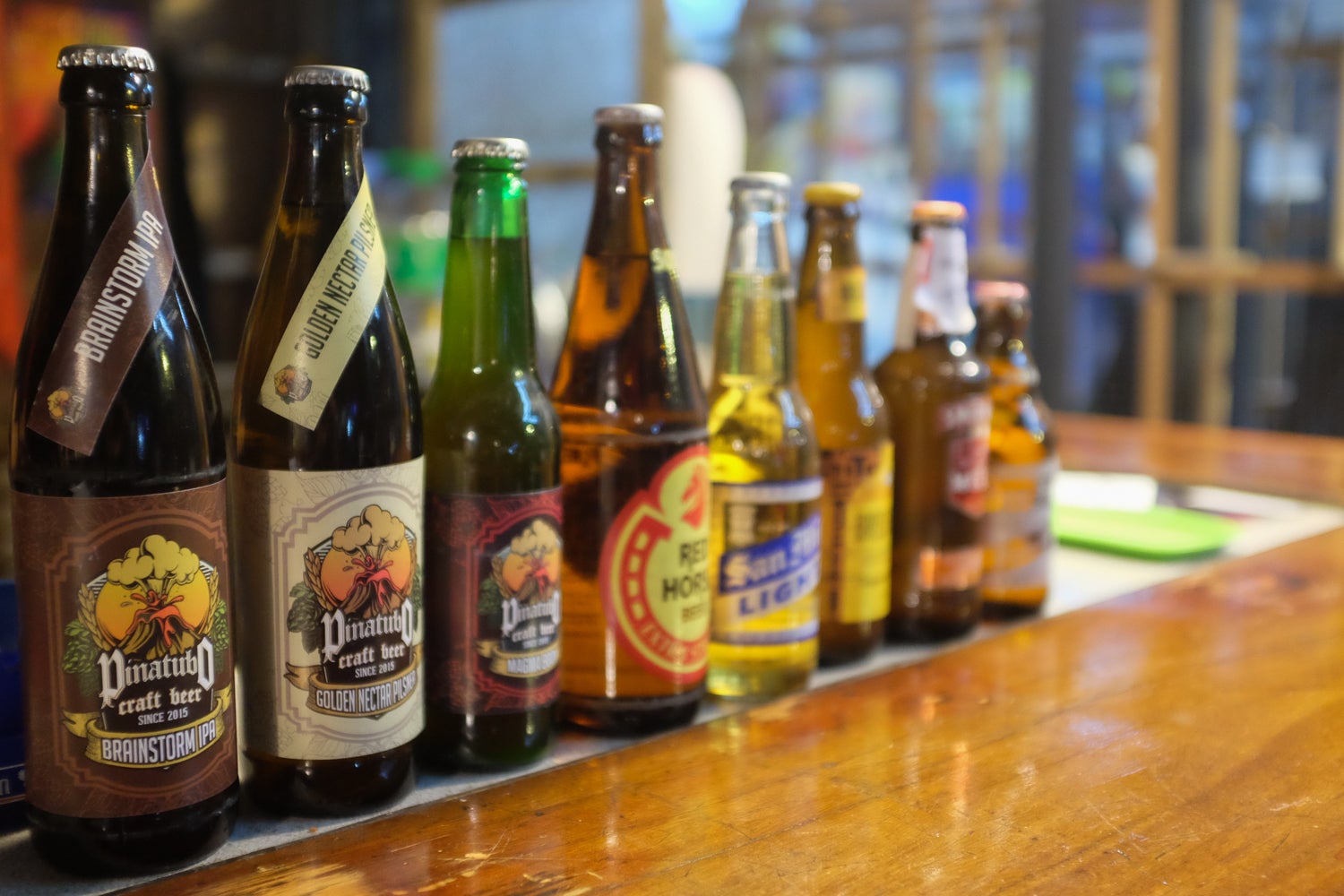 From familiar beers such as San Miguel and Red Horse to locally produced Craft Beers like Pinatubo, Fred's Revolucion offers just the type of beer anyone could ask for. PHOTOS BY ALEXIS CORPUZ

Once dubbed as the “Queen of Manila Streets,” Escolta used to be a commercial and creative hub. Dotted with establishments such as Becks, the first Americanstyle department store to open in the Philippines, and Clarke’s ice cream parlor, among other landmarks, Escolta during its heyday was the place to be. Sadly, after World War II and the rise of Makati, many shops in Escolta either moved out or closed down. With this much history, it’s no wonder then that people are taking interest in helping revive the now rundown street. Slowly but surely, Escolta is coming back to life.

One of the newer, but arguably more familiar establishments to recently set up shop is Fred’s Revolucion (Fred’s for short), a bar that offers good food and even better beer.

This is actually its second branch, the first one still operating in Cubao Expo.

Since the two bars are frequented by creative types, one would be forgiven for assuming that it caters mostly to the hip crowd.

A quick scan of the premises would show that Soriano is right. While young artists gather at one table and older ones occupy another table, the regulars congregate at the bar area. Obviously the clientele is as eclectic as the bar’s décor.

The Fred’s logo is hung on the rafters, sandwiched between a Russian poster and a portrait of Mao Zedong.

Taped on top of the draft beer tap handles is a rainbow flag and the Philippine flag, while a photo of Che Guevara hangs behind it.

Near it is a painting of Karl Marx, and beside that are labels and logos of various craft beer stuck on a piece of plywood.

Miscellaneous knickknacks adorn the walls collected from friends and Soriano’s time as a photojournalist, giving the place a distinct feel.

It is only apt that Fred’s setup its second branch in Escolta. Soriano says Fred’s is named after his grandfather, who lived in Quiapo; coincidentally, it was that same grandfather that taught him how to drink and appreciate beer. For a time, Soriano lived in Malate, which is less than 600 meters away. He says this is one of the reasons why he decided to open Fred’s in Manila. Another factor is that he decided to actually do something about helping revive Escolta. “All the time sa internet, sa social media, everybody’s saying, ‘Revive Escolta, save El Hogar,’ lahat sila ‘save save save,’ e save kayo nang save, wala naman kayong ginagawa. Puro ‘like’ lang kayo. ’Di sabi ko, pag nagtayo ako ng pangalawang branch, gusto ko sa Manila talaga.” Headds: “Kaya kami tumaya dito para mabuhay uli ang Escolta.” However, he doesn’t really see himself as a savior of Escolta. He visits the restaurants along the street. “Hindi ka puwedeng mag-compete sa pagkaing meron sila dahil ang galing.” Unlike other bars that charge a corkage fee, Fred’s allows customers to buy from other places because, as Soriano says, “Gusto namin, buong community nakikinabang.”

Arguably, the bread and butter of Fred’s is its list of local and foreign beers, from European breweries Hoegaarden and Chimay to locally produced bocks such as Pinatubo Magma. It also offers craft beers from Smorgasbord-Tap Station. Even bourbon whiskeys like Old Crow are available, along with some of Soriano’s concoctions for drinkers looking for something with a bit more punch. All the drinks offered in Fred’s are something that Soriano himself would imbibe. He takes pride that he knows his alcohol and that he is, in his own words, a “sincere drinker.” “Hindi lang kami umiinom tuwing suweldo. Gusto namin araw-araw, masarap.”

While the beers offered are reason enough to check out Fred’s, some people go there for the camaraderie. Indeed, a lot of the regulars in the Escolta branch also frequent the Cubao Expo site. Jorge, a Spaniard who now lives in the Philippines, says he goes to Fred’s because “it’s cheap, the food is good and I like the talk.” He adds, “It’s original, but it’s the same type of bar you can find in Europe.” He also notes that Fred’s is not inside a mall. Paul, another regular, says he regularly goes to Fred’s Escolta even if he lives in Makati, pointing that it’s his third time to be here this week. He adds that it’s the first bar, as far as he knows, to open near Binondo. “It’s very relaxed. Before, we would usually drink in fine dining restaurants. It’s very different.”

Offering good food, great beer and friendly conversations, it won’t be long before Fred’s Revolucion patrons start raising their glasses to the revival of the Queen of Manila Streets.

Fred’s Revolucion is open Tuesdays to Sundays, 5 p.m. Last order for food is usually at 11 p.m. and the drinks at midnight.