Pia chills with friends before leaving for NY: ‘We made it’ | Inquirer Lifestyle ❮ ❯ 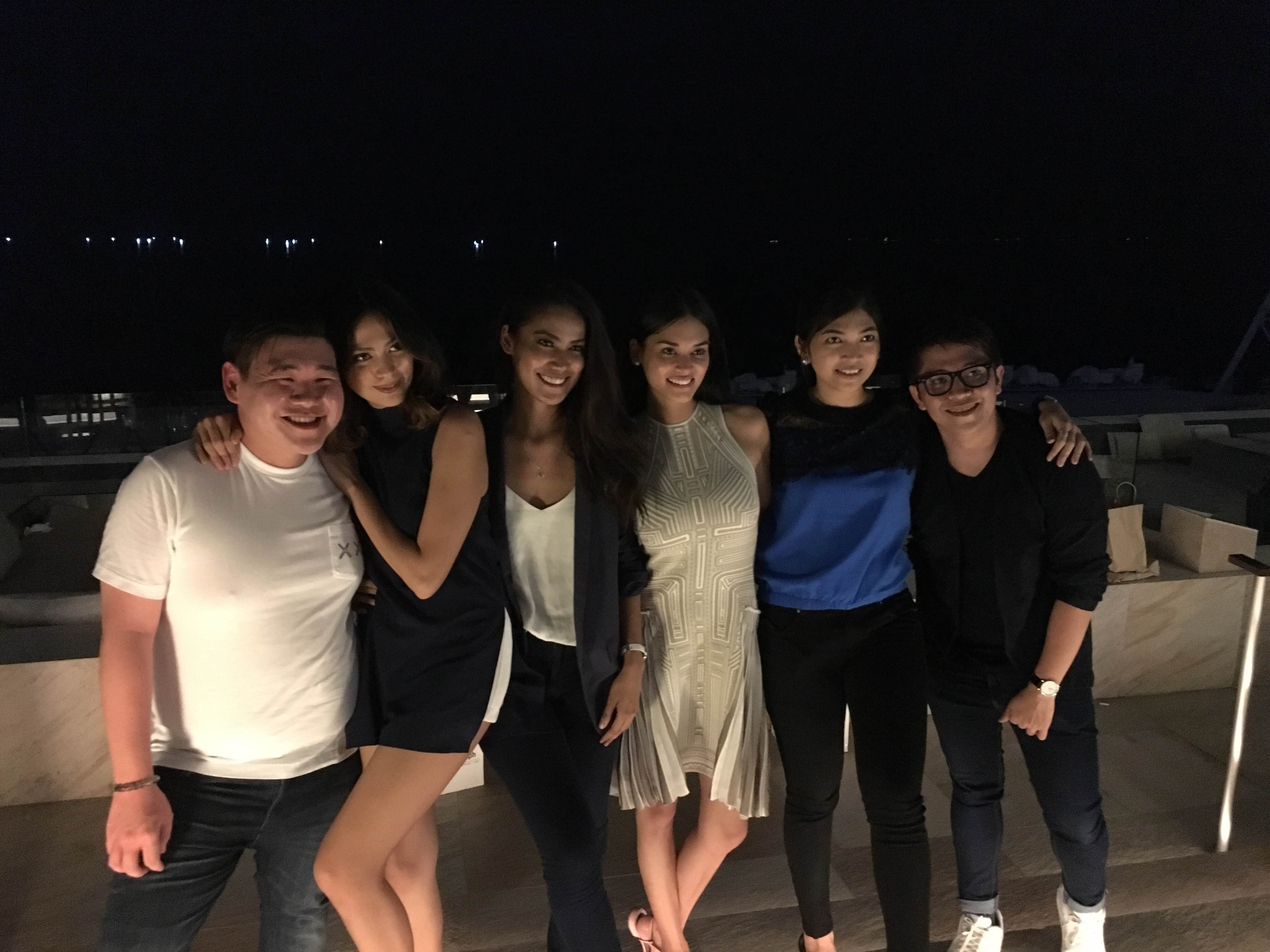 Pia chills with friends before leaving for NY: ‘We made it’

“I have your Mang Tomas [lechon sauce] in the car,” said actor and model Keith Thompson, and we saw Pia’s face light up.

It doesn’t really take much to make our friend, and Miss Universe, happy. Even something as simple as lechon sauce or a bilao of pancit, homemade peanut butter, or a burger from Jollibee can do the job.

Every time Pia Wurtzbach flies home to Manila, expect her to have a crazy schedule, so even her closest friends would have difficulty seeing her. But this time it was different, as best friends Harley Tan and Niña Almoro, with the help of Miss Universe director Esther Swan, were able to organize a little get-together for Pia at the Conrad Manila where she was staying.

The gathering started at 11 p.m. After days of hectic shoots, engagements and events, this was a welcome respite for Pia to just be herself.

While fixing some dresses I got to pull out for her—from designers Joel Escober, Rhett Eala, Pablo Cabahug and Randy Ortiz—Pia excitedly checked out the rack of clothes, a bit of a throwback to when we used to do fashion shoots for Inquirer Lifestyle and toBeYou.

Just the two of us talking made me realize she hasn’t really changed, despite my previous fears on the hazards of fame. She’s still the nerdy, kooky Pia we know.

Our conversation ranged from how she was raving over the new Dior sunglasses which she wants to collect, to my kettlebell coaching, and how she finally tried playing “Pokemon Go” on the streets of New York, where she even had to tell a fan, “Just a sec, I’m catching a Pokemon,” before they had a photo op together.

She admitted missing home a lot, but at the same time she loves her life in New York because of the shopping and her Miss Universe condo which is a few blocks from 5th Avenue. “Everything is there,” she said in her shopaholic tone.

One of the things she loves about being Miss Universe is that she gets to watch shows for free, especially in Las Vegas.

The laughter and the conversation lasted till 2 a.m., an hour longer than the time she had to turn in to prepare to fly back to New York the next day.

Like a doting mother, Swan ushered Pia back to her hotel room, but not after an additional 10 minutes of photo ops.

Before she left, I gave her a copy of Lifestyle’s and Hip’s LOOK Beauty Book, where she’s on the cover, one of the shoots we worked on before she left for Vegas for the Miss Universe pageant. Her friends also got copies. Suddenly they swarmed around her, asking her to autograph their copies.

There was one copy left in the bag, and I didn’t really expect her to sign it, because, as I liked to joke, “Our friendship isn’t cheesy that way.”

But she got that last copy and wrote something that surprised me: “JJ, we made it.”