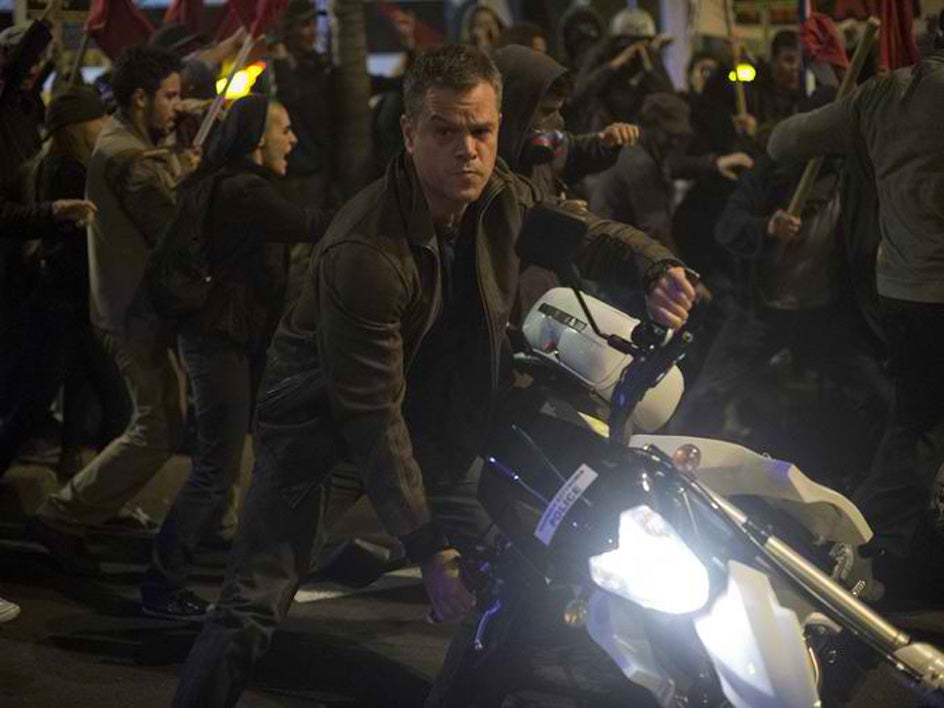 JASON Bourne (Matt Damon) is forced out of hiding by a malevolent global force.

Directed by Paul Greengrass, “Jason Bourne” takes place several years after the titular character’s disappearance at the conclusion of “The Bourne Ultimatum” (2007). Bourne unexpectedly resurfaces at a time when the world is faced with unprecedented instability.

At the same time, a new program has been created to hunt him down while he is still trying to find all the answers to his past and family. Once the new program is activated—one developed by a global power structure more intricate and duplicitous than in the period of superpowers from which Bourne was created—he is flushed out of hiding by an instantly malleable network that is more dangerous than any individual government.

The singular goal of this power nexus is to manipulate terror, technology and insurgency to fit its end game.

“Jason Bourne,” the fifth installment in the Bourne film series, is based on the character created by novelist Robert Ludlum.

Producer Frank Marshall—who’s been aboard the Bourne series from the first film—said they finally came up with a story that is current and relevant to justify Bourne coming back.

“We all felt that the world has changed dramatically and inspired us to come up with a timely story that applies to what’s happening today,” Marshall said. “This series is special to me, because I was there at the start of that germ of an idea, where we took Robert Ludlum’s first book—it was a Cold War story at first—and made it come to life in a 21st-century world.”

Damon noted: “The whole concept of this fourth arena of cyber warfare and what has happened with technology recently, that’s very much in the public consciousness—our digital life, our civil liberties, to what extent people are keeping tabs on us. Bourne finds himself in this new world.”

Producer Gregory Goodman said that the screenplay was not only timely, but also propulsive. While the thriller touches on current political issues, there’s certainly a sense of cynicism and weariness the world feels with entrusting people to run our world for us.

“The ensuing years that have elapsed have brought us to a very different place with the way we see the world and our place in it,” Goodman said. “There has been a lot of trepidation and concern about some of the choices our society has made on a global scale.”