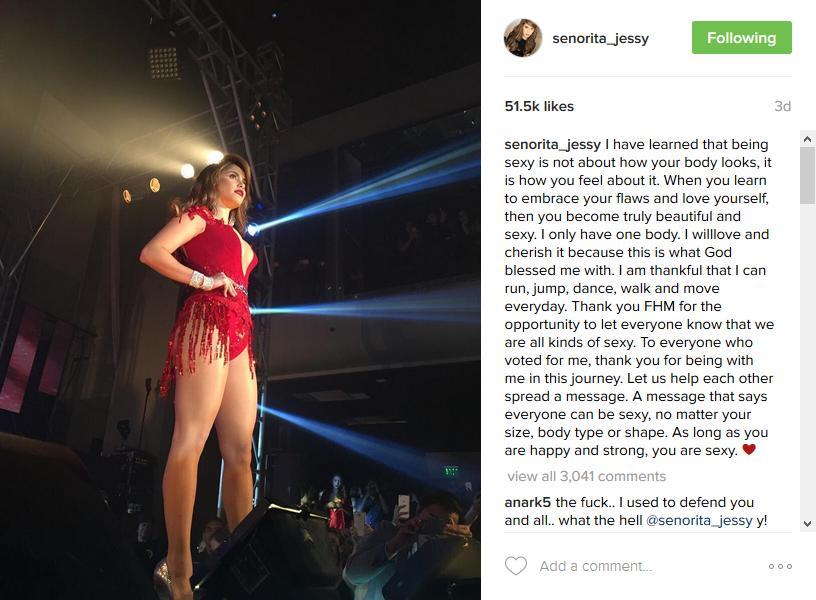 What I saw was a girl who was just really ecstatic to be given that recognition. 😊 Nothing wrong with that. 👍 Congratulations, Jessy! 💃🏻

Reigning Miss Universe Pia Alonzo Wurtzbach has come to the defense of this year’s FHM sexiest woman Jessy Mendiola, who was bashed online after taking pride in beating the former in the annual list by the men’s magazine.

But Wurtzbach said she did not find anything wrong with Mendiola’s statement, noting that it appeared to her that the actress was just happy over her accomplishment.

“What I saw was a girl who was just really ecstatic to be given that recognition. Nothing wrong with that. Congratulations, Jessy!” Wurtzbach wrote on Twitter on Friday.

The 23-year-old ABS-CBN star led this year’s poll of the finest women in the land after placing 23rd last year. YG