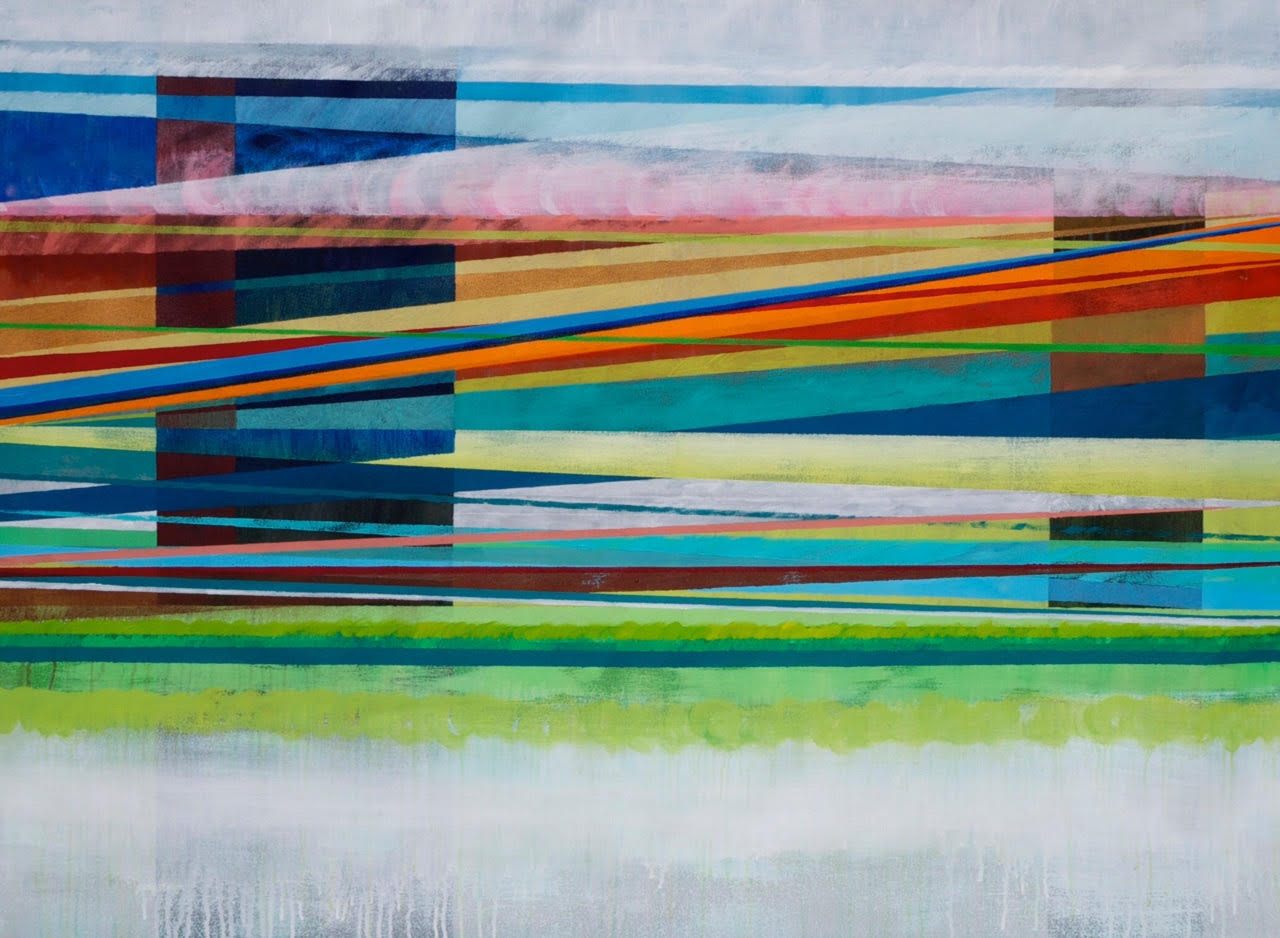 LIKE traffic jams, the Manila art scene has also seen congestion, with dozens of artists opening exhibitions running simultaneously in galleries and museums.

Today, more galleries have opened up to cater to the ever-burgeoning art market, and with such a horde of art practitioners, worthy and not, Darwin’s principle of “survival of the fittest” has become all the more operative. These days, one does feel the need to come up for air.

How refreshing, then, to hear of news about our artists who have decided to cast their lot and palette knives on distant shores, and more heartening still is the chance to see their works, forged in the smithy of the international scene and the shifting of their visions.

Organized by Hiraya Gallery and on view at the Makati Shangri-La Manila are the works of two artists, both based in New York, namely Julio Jose Austria and Sophia Chizuco.

In Chizuco’s works, intimations of distance abound; her works, with their careening horizontality, are driven by a sense of velocity and propulsion. The viewer is impelled to read these horizontal bands that meet up at certain points as highways that traverse incredible distances, imagining the space of the earth moving laterally and continuously to accommodate the speed of perception. The body, encased perhaps in a running vehicle, is catapulted ahead of itself.

The blues in the upper bands and the greens in the lower section that both bestride the pictorial space have the immediacy of open skies and verdant fields, which, of course, our eyes, already conditioned to such chromatic associations, interpret without ambiguity.

Chizuco invokes a far-flung outdoor perspective; thus her works can seem to stretch out farther and farther at either end of the pictorial space. Distance will always be an indeterminable sequence of time and space.

Looking at the works of Austria, one cannot help but recall the title of a British novel titled “The Loneliness of the Long-Distance Runner.” A bleak coming-of-age narrative, its title, with artistic license, can equally apply, or at least be sympathetic, to the adventurous journey of a youth seeking himself through his art, not in the comfort zone of his local scene, but in a wider, unfamiliar and fiercely competitive world “out there.”

Already a recipient of several foreign grants, Austria is most certainly a long-distance painter, and being at the center of a dynamic art world, has certainly been life-and art-enhancing for him.

Austria’s physical absence, away from the country of his birth has obviously expanded his world, as expressed in a previous show of his “recollections and memories of subway scenes and unknown alleys, the lure of diaspora, pre-departure areas, points of direction, and symbols that lead to decisions to take the road less travelled.”

His paintings are like after-images, filled with desolate sensations of newly discovered places, where no human presence is seen, itself suggestive of a sense of privacy, isolation and emptiness. Of course, the inevitable changing of the seasons reiterates the passing of time and the artist’s distance from a tropical world where the warmth of the sun is a perpetual presence.

Indeed, one can paraphrase from the context of the original: Distance doesn’t matter if the person’s art is worth it.