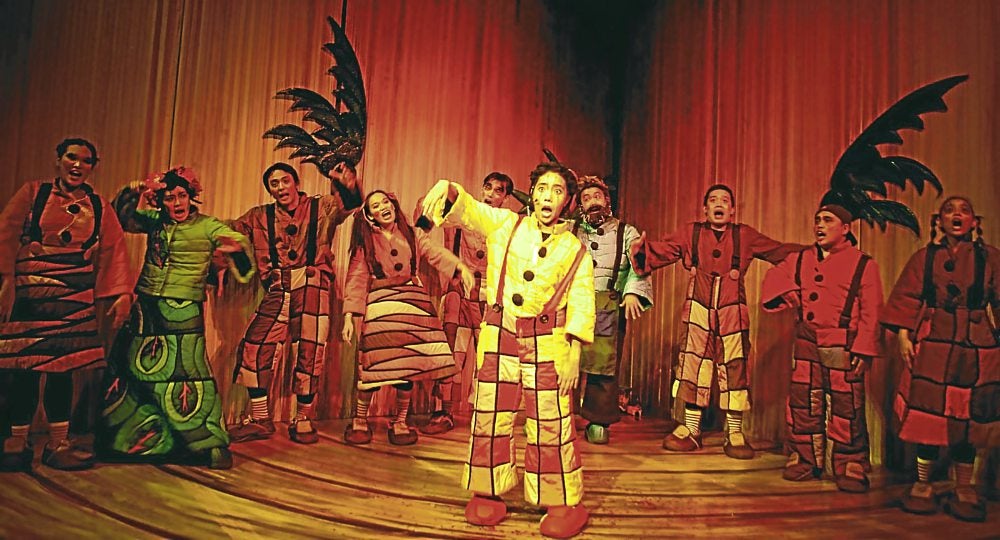 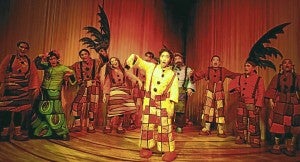 “The Magic Circle” was serialized in the Inquirer’s Learning Section in 2009. Adapted by Rody Vera and directed by José Estrella, “Umaaraw” is about the adventures of a boy named Jepoy Baybayin and his pet dog Galis, as they go on a “magical journey bursting with fantastic characters and strange happenings.”

Jepoy and Galis are invited to a wedding underneath a balete tree in the middle of the dark forest. There they meet the Spanish-speaking dwarf maitre d’ Pacqui; the Tatlong Maria (Makiling, Sinukuan and Cacao); the enormous Doña Geronima with her clean and shiny plates; talking pythons and frogs, tiyanak debutantes, ballroom-dancing aswangs; the four musicians of San Roque; and a woeful kapre named Kap.

“Part of the play’s objectives is to remind audiences of the richness of our folk literature rendered nearly forgotten by foreign popular culture,” says Estrella.

“I had fun adapting the story because it is quirky in itself,” says Vera. “I met with Gilda and we decided to add a situation for Jepoy to experience, to add dimension to his characterization. That situation is lifted from another of her short stories for children. We’re happy with the results.”

Director Riki Benedicto says: “Tessa Prieto-Valdes, one of TP’s board members, has been onboard with this production, connecting us with Slims Fashion and Arts School and fashion designers.”

First staged in 2002, this children’s play is about the magical adventures of a wooden puppet whose quest to become a real boy leads him to learn about life, love and honesty.

“Through a fun-filled interactive staging, the production also tackles environmental awareness and addresses the urgent need to teach our children to be active participants in environmental protection,” says artistic director Fernando “Nanding” Josef.