‘This is the Baguio of the past’ | Inquirer Lifestyle ❮ ❯ 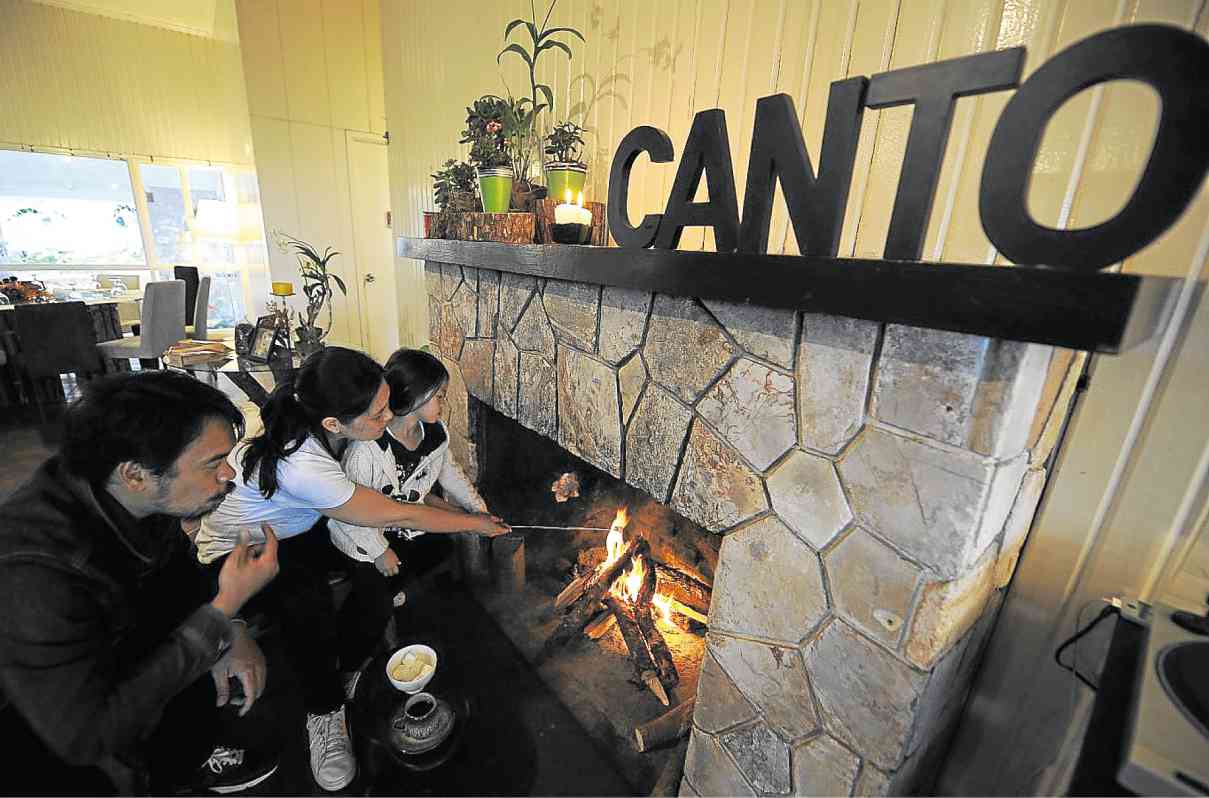 ‘This is the Baguio of the past’

The kids behind Canto, the Baguio restaurant that has branched out to a renovated, spacious ’60s house, make you think that millennials can have purposive, meaningful lives.

Carlo Blanco recalled how Canto originally operated from Engineers Hill in 2008 before moving to the Ketchup Community of restos across from Wright Park.

In July last year, while doing yoga at Camp John Hay (CJH), his teacher told him about a vacant house at 12 Arellano Street in a quiet part of the city, which used to be the staff house of Jardine Davies.

He went and his heart went “ka-thump,” a love-at-first-sight feeling even if the house was surrounded by wild shrubs and covered with poison ivy.

But he saw the untouched pine trees towering in the backyard where an old swing still hung. He also admired the high ceilings. Only the swing’s seat had to be changed. Its brace and chain remain sturdy.

The best sight of all was the fireplace not too far from the wide and screened veranda overlooking a panoramic view of treetops and distant hills.

Blanco declared to himself, “This is the Baguio of the past.”

He and his three other partners closed a deal with a Manila-based family that owned the place. Only minor renovations were called for, requiring use of bleach, detergent and Scotch Brite.

They left the peeling paint on instead of applying a new coat. He said, “The restoration would look pilit (forced) with new paint. The cleaning took all of two months. We opened, for buena mano (good luck), birthday celebrations of friends who booked the place. We didn’t use up a big budget for the repurposed, recycled house. From the Japanese surplus stores in La Trinidad, we found old doors that we turned into tables. The roots of old trees served as the legs.”

Bang Haya, another partner, thought of something different for the place mats. Cut out from old faded denims into rectangles, the place mats have side pockets sewn onto them where the eating utensils are inserted.

She said, “We wanted the whole Baguio feel which we missed the most.”

For the menu, since they’re a group that loves to eat, they chose a mixture of Filipino staples like pochero, callos, binagoongan and sinigang sa buko, as well as the CJH food they grew up with when the camp was still under the Americans—like barbecued ribs.

Canto, so misspelled by Blanco’s daughter Bryanna but which the owners decided to keep, has managed to capture both the Baguio and tourist markets.

Blanco said Baguio families come after Sunday worship while tourists head for the Ketchup branch. The veranda is popular as early as sunrise for courting couples. The sun’s rays are generous there.

The partners added arts and crafts activities, from knitting to calligraphy this summer. On Sundays, jazz is played live in the early evening.

The evenings are magical, too, with the fireplace raging and vinyl records of Janis Joplin, Chuck Mangione, Hall and Oates, and Kenny Rankin spinning. The partners are just too happy to  hang out and play “the sounds of our generation, or our own music,” Blanco said.

Canto also offers itself as a venue for “B” parties: beer, barbecue, burgers and bonfire. Clients may request old carpets and pillows laid outside on non-rainy nights so they can gaze at the stars.

Oh, the unique vibes you can get only in Baguio.