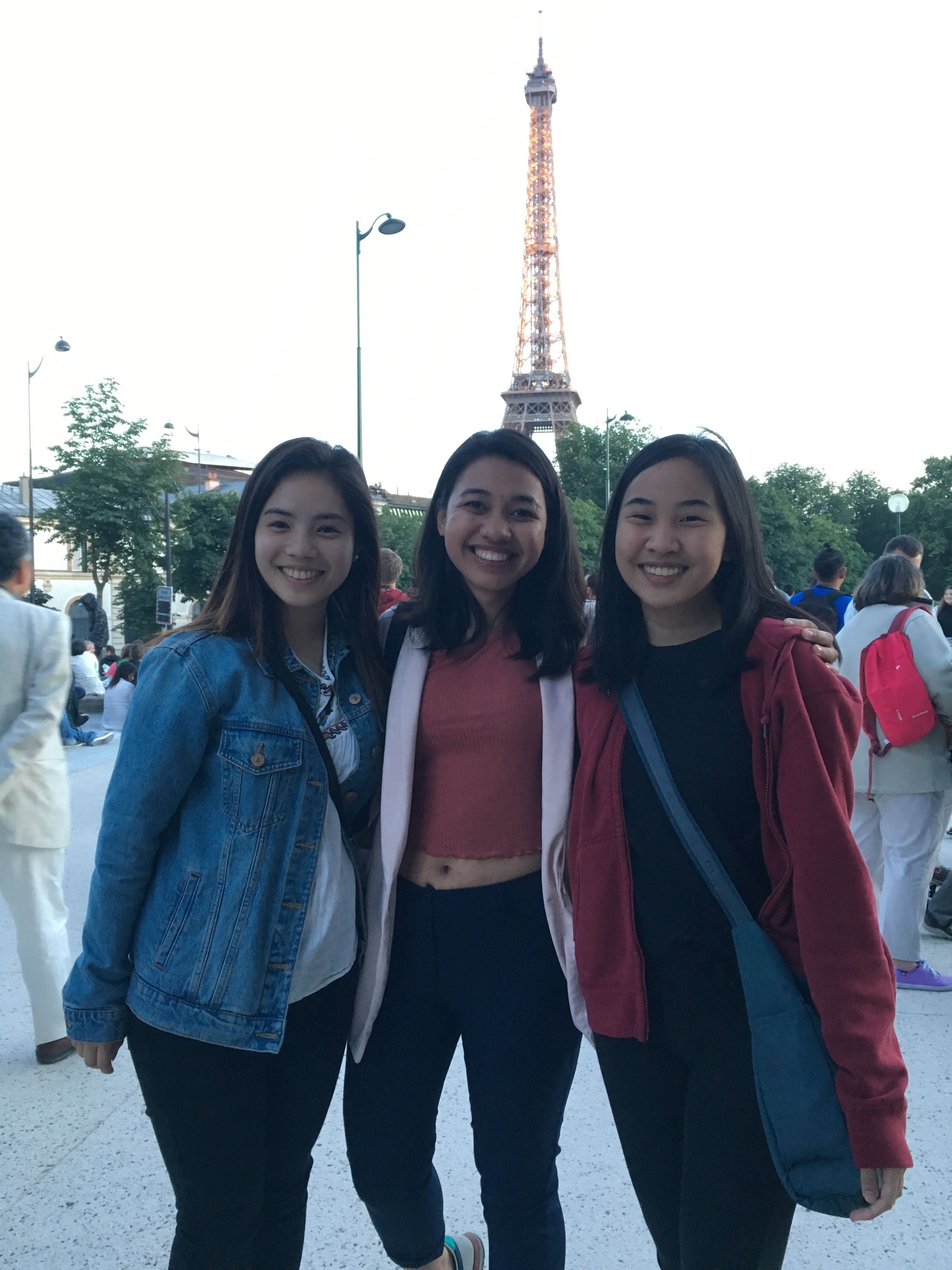 This ‘Little Lion’ roars its way to Paris

By: Rebecca Lee (Student correspondent University of the Philippines Diliman) 07:57 AM August 06, 2016

Everyone loves underdogs—especially when they defy the odds and achieve what they set out to do. Perhaps it’s because their stories inspire, or maybe because underdogs who succeed give jaded dreamers a chance to believe they can do it, too.

Rina Tadiar, Carla Bayta and Katrina Lim never actually referred to themselves as underdogs in this interview, but throughout our conversation, they made it seem that way. Now on their last year as BS Communication Technology Management majors from the Ateneo de Manila University, the girls, collectively known as “Little Lion,” are the first team to represent their school in the 2016 L’Oreal Brandstorm, described on its website as a unique business competition for students to unleash their creativity and apply groundbreaking ideas to one of L’Oreal International’s brands and distribution channels.

Little Lion won the panel of judges over with a case study of digital disruption. Rina supplied data, Carla provided copy and consumer insight, and Kat produced the activation.

They talked about how they initially attributed their successes to luck—and how they anticipated the dreaded Murphy’s Law (“Anything that can go wrong, will go wrong”) to kick in any minute. They mentioned their more experienced competitors. And they recalled the blood, sweat and tears that led them to the represent their school and country in a prestigious event that has, since 1992, given over 80,000 students from around the globe the chance to tackle real-life situations and be mentored by top L’Oreal executives.

Rina, Carla and Kat were sophomores when they spotted a L’Oreal Brandstorm poster in the hallway of their school. Back then, they didn’t know enough about the competition. What they did know was that they wanted to join it someday.

Carla and Rina went to Lille; Kat went to Lyon. Lille and Lyon sounded like Little Lion, and that eventually became the name of their team.

In France, their similar class schedules made them groupmates for most of their school requirements. Little did they know that these group works would develop their dynamics as a team. Through their school work, they learned about each other’s strengths and habits.

“It’s like working with two of your sisters,” says Rina, while Kat admits that working together required little adjustment. Naturally, there were times when things got tense, but what saw them through was the thought that they were all working towards the same goal.

This year, the trio that once pursued an exchange program in France, would return for an event that would change their lives.

The competition ran from October 2015 to July 2016, which coincided with their final requirements—including their thesis. Once again, the girls were groupmates for their thesis.

Carla recalls the difficulty of balancing academics, cocurriculars and the demands of the competition all at the same time. In fact, she and the girls didn’t even fully relish their victory: right after the announcement of L’Oreal Brandstorm’s national winners, they had to continue working on their
thesis.

“You have to make it work. If you are working on stuff you love, you will find a way. Find your own system. Find your own motivation for doing what you do,” says Kat.

Rina adds, “Discipline yourself. Keep learning. Cliché as it may seem, tough times don’t last; tough people do.” For people who feel they are too busy to pursue their passions, Rina has this to say: “If you really set your mind to it, you’ll make time.”

Carla says that if she could go back to the time the competition was just starting, she would tell herself to trust her instincts.

Meanwhile, Kat would advise herself to be more open to the opinions of others.

Whenever you work on a long-term project, you become invested in your own ideas. This often causes you to overlook areas for improvement.

The group sought mentorship from Matec Villanueva, faculty member of the Ateneo’s John Gokongwei School of Management, who gave them helpful suggestions that drastically improved their output.

This interview took place a day before their college graduation and a few days before their flight to Paris. If they could go forward in time to after the competition, what would they like to ask their future selves?

Carla responds for the team: “What’s next?”

For these Little Lions, we’re sure that the best is yet to come.