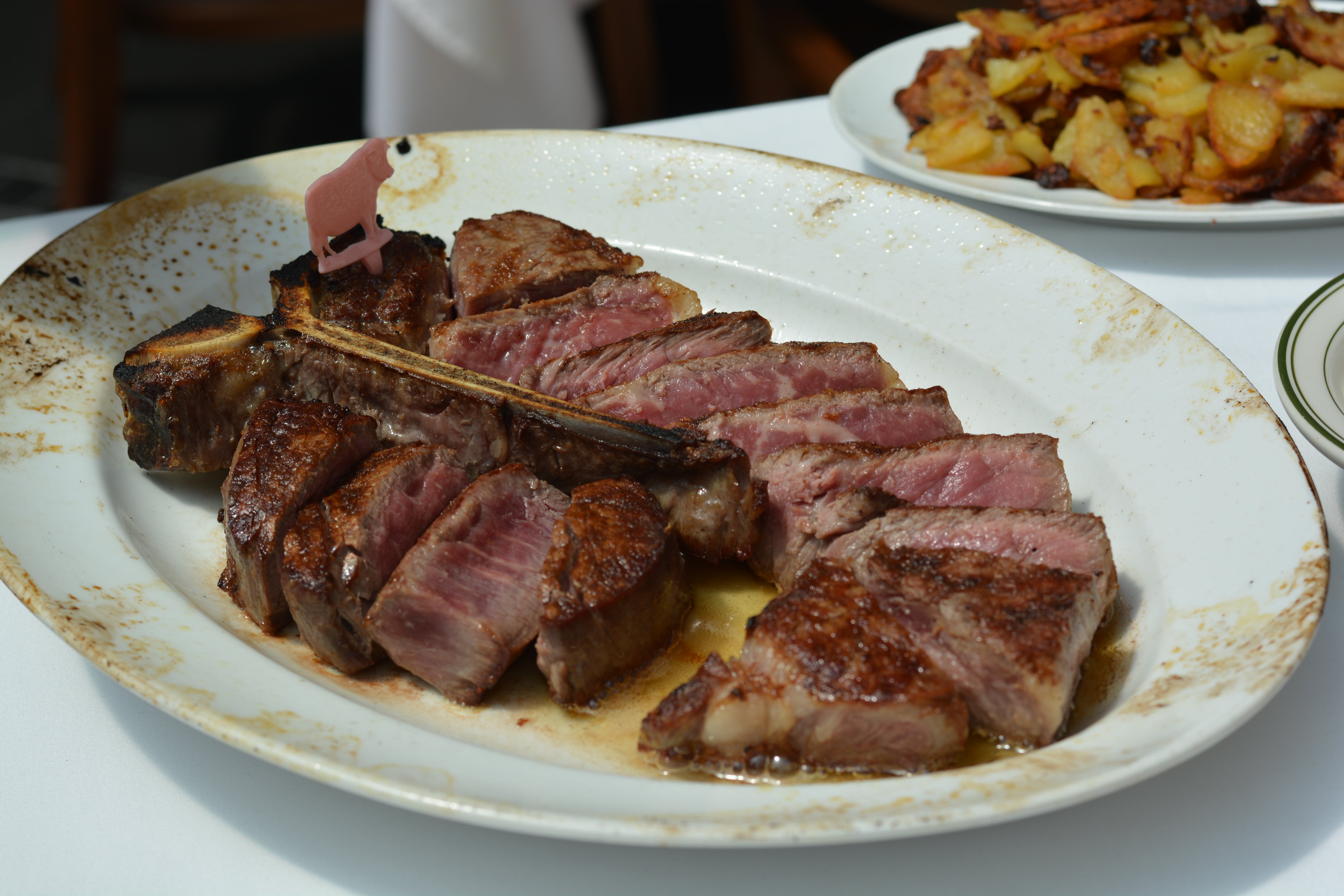 Something sizzling this way comes.

Rated as one of the best steakhouses in New York with nine branches across the United States, four in Japan and one in Korea, Wolfgang’s Steakhouse opened its first branch in the country and Southeast Asia at Newport Mall, Resorts World Manila last February 2016, a much-anticipated event that is set to redefine Manila’s culinary scene.

The steakhouse is named after Wolfgang Zwiener, who opened his eponymous restaurant after having worked as head waiter at the legendary Peter Luger’s steakhouse in New York for more than 40 years. It was during those years where he gained extensive experience in the dry aging process of USDA Prime quality beef as well as the steak high temperature broiling preparation process – key elements which would eventually evolve into Wolfgang’s unique philosophy for excellence.

The restaurant offers strictly USDA Prime beef which is dry aged in its own proprietary designed aging room under a controlled temperature and humidity environment for an average of 28 days. Dry aging is a process which enhances tenderness and flavor in beef. During the process, the beef’s natural enzymes break down the connective tissue in the muscle which leads to more tender beef. At the same time, moisture is evaporated from the muscle, creating a greater concentration of beef flavor and taste.

The original Wolfgang’s Steakhouse started in the dining room of a landmark building formally known as the Vanderbilt Hotel which was built in 1912.

In keeping with Wolfgang’s  esteemed tradition, they have incorporated the same design elements in all location including their Manila outlet, such as a long, mahogany solid wood bar, wooden planked floors, wood wainscoting, alabaster chandelier and curved ceilings with tile borders. Wolfgang Zwiener, is very actively involved in the management and operations of all its restaurants globally. Perpetuating his legacy is his son Peter, Wolfgang’s Steakhouse’s President and Managing Partner, who is currently focused on the brand’s global expansion, and who also oversees its operations worldwide.

All set to captivate diners at the country’s first Wolfgang’s are its world-famous steaks such as USDA Prime New York sirloin, ribeye, filet mignon and its signature Porterhouse steak – all personally handpicked by Wolfgang’s Steakhouse, who chooses only USDA Prime Grade Angus beef for superior marbling, tenderness, flavor and texture.

A ritual with an artisan’s flair, the sides of beef are dry-aged on site to perfection, and then carved to order by the restaurant’s own butcher, resulting into luxurious, meltingly tender and juicy steaks served sizzling hot with a perfectly caramelized crust.

Also on the menu are excellent entrée selections such as veal, lamb, king salmon, sushi grade tuna, three-pound lobsters, and more. Those who love seafood can also delight in simple but scrumptious array of seafood, including jumbo lobster, grilled yellow fin tuna, salmon or swordfish.

Wolfgang’s lineup of starters such as shrimp and lobster cocktails, fresh oysters on the half shell, thick, sizzling bacon, and crisp, fresh salads are perfect prelude to any main course, while its classic side offerings such as creamed spinach and German potatoes perfectly complement any meal.

And for capping off a delightful meal, you can order Wolfgang’s classic desserts. Their key lime pie is the perfect balance of sweet and tangy, while their New York cheesecake is rich, dense and good on its own. If you like something with a little kick, opt for their refreshing cocktail Summer Symphony – a gin-based concoction with cucumber and pomelo bits.

The restaurant is also recognized for its highly-acclaimed wine cellar, receiving an award of excellence at the Wine Spectator 2016 Restaurant Awards for its diverse selection of over 1,200 fine wines and 200 varieties from around the world.

Peter is optimistic about the restaurant’s foray in the Philippine market.

He says, “The Philippines is a high growth and vibrant market when it comes to the culinary scene, and I believe that Wolfgang’s Steakhouse will be a great addition to the Manila dining scene. We are extremely excited to introduce our USDA prime dry aged beef concept to the market.”

Though not conclusive yet, he also hinted at the possibility of adding more outlets in Manila.

Peter adds, “We could love to open another outlet here soon. I really do like the Makati and Bonifacio Global City area. Time will tell.”

He elaborates, “Over the next 12 months, we will be opening additional locations in Asia, which include Fukuoka, Japan (March 2016), Singapore (Dec. 2016), and we are currently looking to expand further in Asia (China, Hong Kong, Taiwan and Thailand), Latin America (Mexico, Panama and Brazil) and Europe (Germany, Switzerland and UK), in 2016 and 2017.” ADVT.