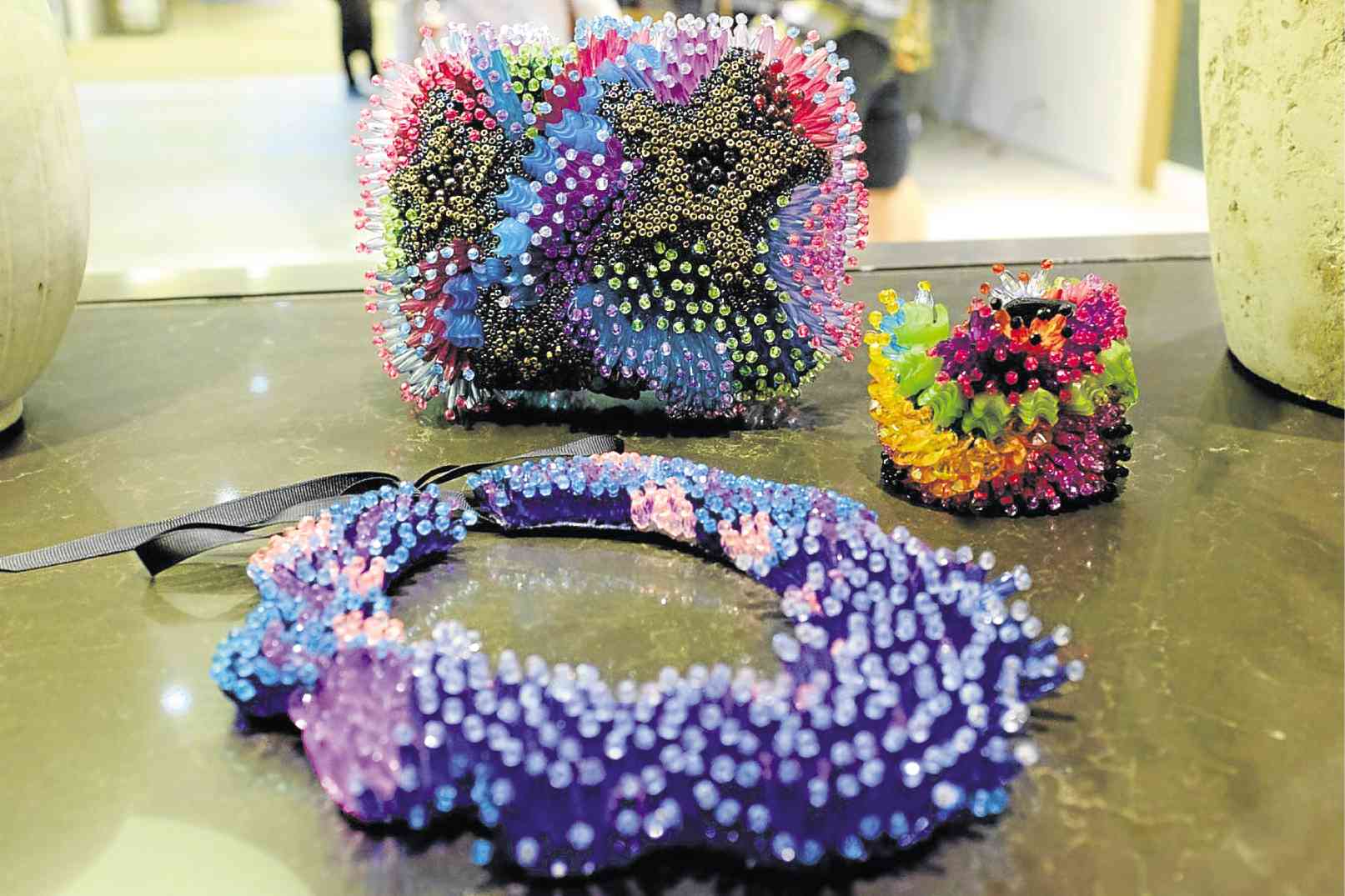 Nesting trays with hand-painted Philippine birds, airy piña blouses with embroidered sleeves depicting Pinoy folklore, and marine-inspired box clutches are just among the items to watch out for at the annual MaArte fair later this month.

The annual fundraiser organized by the Museum Foundation of the Philippines is on its eighth season.

The foundation’s goal is to raise funds to support the National Museum and make export-quality products available to the public.

This year, over 70 select retailers will sell their wares at the penthouse of 8 Rockwell on Aug. 26-28. They were vetted and chosen by a team including furniture and home accessories designer Eric Paras, furniture designer Carlo Tanseco and fashion designer Rhett Eala.

What’s remarkable about these retailers are the stories behind the pieces they design and manufacture.

The pillow covers and hand towels depict tiny birds rendered in colorfast paint she formulated on 100-percent cotton fabric made in the Philippines.

Accessories designer Ken Samudio’s fanciful box clutch looks like it is paved with corals that on closer inspection are actually glass beads and upcycled plastic chips. The marine biology graduate found himself in strange waters when he began dabbling in design.

“I was invited to work for Jewelmer after graduation, but when I was told I had to stay in Palawan for many years, I had to decline,” Samudio told Inquirer Lifestyle.

He showed his capsule collection at Manila FAME earlier this year. For MaArte, he continues his marine theme with box clutches inspired by the colorful sails of Zamboanga’s vintas.

“We make only a couple of pieces of each design because some take a month to complete. I also want my buyers to relish that sense of exclusivity,” he said.

Young designer Gabbie Sarenas was one of the participants in this year’s LOOK of Style Awards staged by Inquirer Lifestyle and LOOK book/magazine. For MaArte, she has come up with ecru and black tops made of silk crepe and piña fabric embroidered with images of Philippine myths and legends. Images of mermaids (sirena) cavort on the front of one top while tikbalang and renderings of Malakas and Maganda from the Philippine creation story embellish the sleeves of two separate tops.

“I designed the pieces like T-shirts so they’re easy to wear and can be paired with jeans or shorts,” Sarenas said. “I put Malakas on the left sleeve and Maganda on the right because she’s always right,” she quipped.

Entrepreneur Zarah Juan of Estudio Juan is back this year and is working with three different groups, including that of Bea Zobel, on hand-embroidered totes and clutches by members of the Iraya Mangyan tribe, and Rhett Eala on a still secret collaboration.

“What sets this fair apart is that the sellers are flexible and are willing to try new items,” said Museum Foundation’s Maritess Pineda. “We have been doing this for eight years and we have grown so much. Our challenge now is to ‘Evolve the Filipino Craftsman.”

“The buyers come because this isn’t just one of those bazaars,” Pineda said.

Aside from the occupying the penthouse at 8 Rockwell, there will be a special set-up at the lobby that will feature thematic displays, namely MaArte Couture, Eternal Summer and Home.

Paras, Tanseco and Eala will be in charge of these displays.