The many (nonfictional) lives of Neil Gaiman | Lifestyle.INQ ❮ ❯ 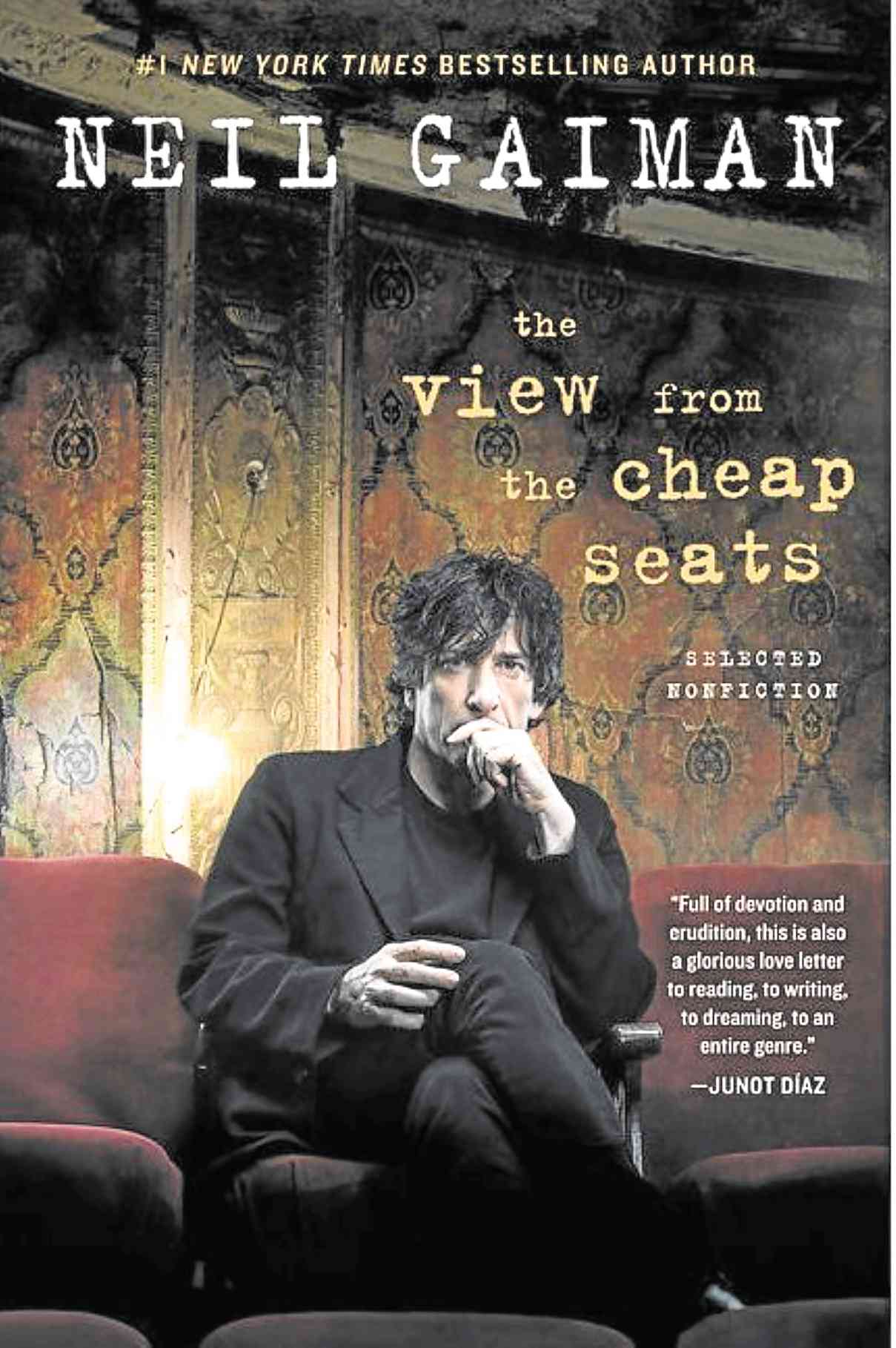 The many (nonfictional) lives of Neil Gaiman

NEIL Gaiman has the power to create living things—in fiction —and he is excellent at it. Between “The Sandman,” the iconic DC comic book series he created, and novels such as “Neverwhere,” “Stardust,” “American Gods,” “The Graveyard Book,” and “Coraline,” Gaiman has displayed an otherworldly capacity for creating lives—Morpheus, Richard Mayhew, Yvaine, Shadow Moon, Nobody and, well, Coraline.

But what persevering purveyors of his world-famous fiction may not know is that Gaiman started out as a journalist in the early 1980s (his first book was a 1984 bio of the British musical act Duran Duran) before switching to writing comic books and other sundries full-time later in the decade.

This is a fantastic fact that is borne out by his newest book “The View from the Cheap Seats: Selected Nonfiction” (William Morrow, New York, 2016, 522 pages).

“I fled, or at least, backed awkwardly away from journalism because I wanted the freedom to make things up. I did not want to be nailed to the truth; or to be more accurate, I wanted to be able to tell the truth without ever needing to worry about the facts,” Gaiman explains in the introduction.

With his delirious book-buying following, it shouldn’t be surprising that readers display a desire to devour anything Gaiman wrote, so here in “View” one finds an admittedly eccentric gathering of his nonfiction published in various outlets from 1990 to 2015.

“Views” collects essays, articles, speeches, liner notes and what seems like an endless series of introductions that first appeared as frontmatter in many books, magazines such as Time Out and Spin, newspapers such as the Guardian and the Sunday Times—even a videogame  “SimCity 2000.”

He jumpstarts the collection with the self-evident “Credo”: “I believe it is difficult to kill an idea because ideas are invisible and contagious, and they move fast… I believe that ideas do not have to be correct to exist.”

One could easily just keep quoting the various items in Gaiman’s new book because Gaiman always writes like himself no matter the form (graphic novel, novel, short story, screenplay, children’s books  and, obviously, here in nonfiction forms, as well). Even if you’re not familiar with the subject, each essay hums with Gaiman’s wordplay, reminding the reader of an idea he likes to brandish: “Words have power.”

Beyond what may seen like a random assembly of themes and elements, “View” represents the things that matter enough for Gaiman to write about them. Thus we discover his favorite authors, creations, artists and musicians: Edgar Allan Poe, Douglas Adams, H.G. Wells, Alan Moore, Jack Kirby, Ray Bradbury, “Dracula,” “The Bride of Frankenstein,” “Doctor Who,” “Jonathan Strange & Mr. Norrell,” Tori Amos, They Might Be Giants and Lou Reed, among many others. 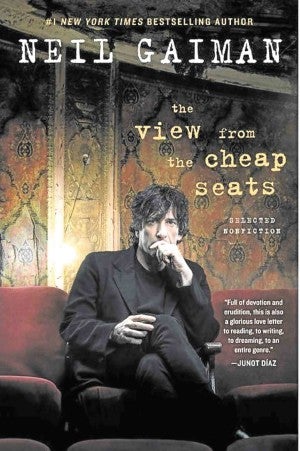 His speeches at comics industry awards and events unveil his passionate yet critical love for the medium and the trade. Mixed into every brew is an all-abiding love for books and reading.

When Gaiman dons the cloak of long-form journalism, he dazzles. His 2012 interview with Stephen King in Maine may be the single most incisive piece on King’s writing life. His 2010 article on attending the Academy Awards in Los Angeles hums with dry wit and despair. His 2014 Guardian article about visiting a Syrian refugee camp in Jordan is both piercing and painfully prescient.

But it’s when Gaiman gets to writing about the things closest to him that “View” really shines. His lovingly crafted essays on the late comics pioneer Will Eisner, his close friend Terry Pratchett, and the artist he would eventually marry, Amanda Palmer—these glint with perfect purpose and polish.

It turns out Gaiman can write about this world just as powerfully as he can his created worlds—and his own lives are every bit as fascinating as the lives he makes up on the page. There are knives as well as mirrors embedded in “View.” And what’s not to love about more than 500 pages of Gaiman prose?

But don’t take our weak words for it. Take his. The crowning jewel of this book is “Make Good Art,” his 2012 commencement address at the University of the Arts in Philadelphia, a gorgeous speech that inspires anyone who dreams and creates. It is the greatest offering among the great offerings in Neil Gaiman’s “The View from the Cheap Seats”: “And now go, and make interesting mistakes, make amazing mistakes, make glorious and fantastic mistakes. Break rules. Leave the world more interesting for your being there. Make good art.”