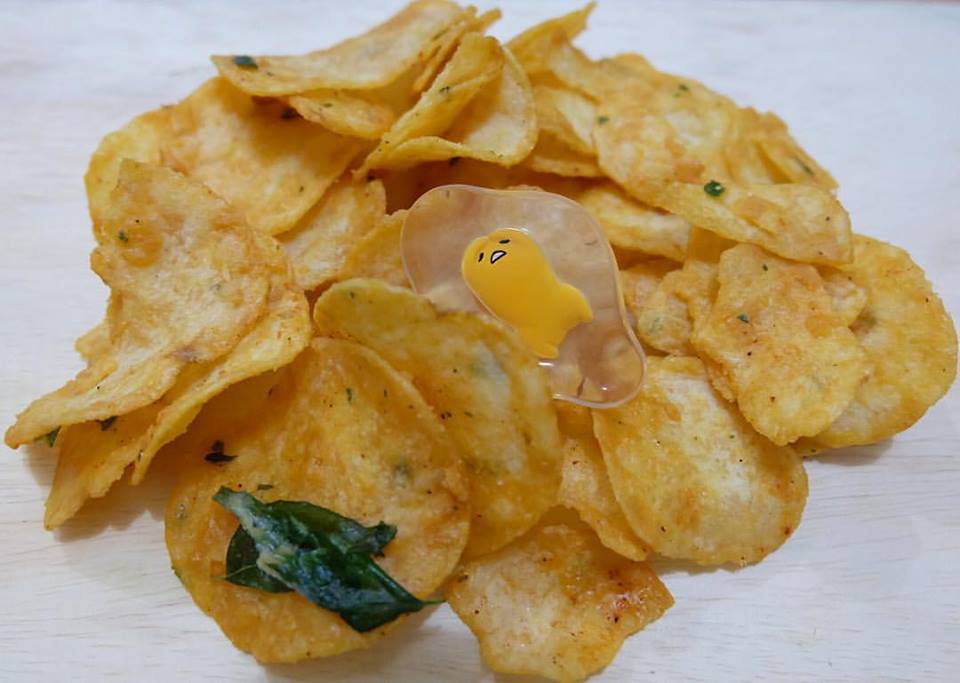 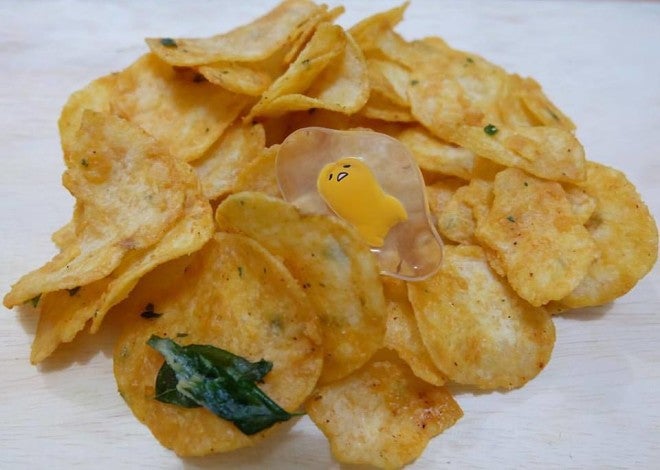 Being an obsessive online shopper, I always assume that packages sent to the house are mostly for me. But when something from Xend arrived a few weeks back, I thought I had simply forgotten about a purchase, which turned out to be for my brother. I lost interest, set it aside and forgot about it. I figured it must be something boring, like car parts or Vape-related stuff.

When my brother got home from work, the first thing he asked was, “Wala ba akong package na dumating?”

“Yes!” he blurted with a fist pump.

I got curious when he started ripping into the package like a monster from “Stranger Things.”

“I was on the waiting list for three weeks before they could ship it to me. Try it!” he continued, holding out the jar to me.

At first I was reluctant; the chips inside looked damp from what I assumed was the salted egg sauce, and the sauce had leaked out so the whole jar was slippery and oily.

When I finally opened the jar, a delicious aroma wafted out that woke my sleeping dog. I was expecting to bite into soggy, salty chips, but what hit my taste buds was life-changing.

The chips were delightfully crisp; the curry leaves added a hint of spice, while the salted egg sauce had a savory sweetness that made me crave for more. It was so good, but so deadly that I left the jar outside in the living room because I was afraid I would inhale the entire jar in one sitting.

I went to House of Crisps’ Instagram because I wanted to buy jars to share with my friends. It was that type of delicious, the one that turned you into an evangelist and made you want to spread around the joy.

It was so incredibly, insanely good that I even Googled the recipe in an attempt to try and make my own. I learned that the main ingredients of salted egg chips were toasted curry leaves, salted egg and butter— no wonder the damn things had a great taste.

Unfortunately, I learned that the chips were so good that the only way to get your hands on them was to go to Salcedo Market before 7:30 a.m. (only three jars per customer, but they’ve lifted the limit as of last week). Go later than that, and the stocks for the day would have already been snapped up by early-bird titas or salted egg chips addicts.

In fact, the hunger for these chips was so real that a tech-savvy matron who knew how to search Instagram through hashtags found my post about it and left a comment on my post:

I was so thrilled when my friend told me Blue Kitchen had salted egg chips, too. That was pricier at P250. You get more chips from House of Crisps’ P390 jar.

Still, if I can get it anytime from Blue Kitchen (beware, though, they run out pretty fast, too), I’m willing to pay the P250. True enough, I was able to buy several bags to share the love.

Plus, Blue Kitchen’s version is a bit drier and crisper, making it more dangerous, because this one you can binge on without feeling guilty faster.

My brother brought home a bag of the original Irvins salted egg chips, and I have to say that I prefer the ones from either House of Crisps or Blue Kitchen. Instead of a “glaze,” Irvins turned its salted egg flavoring into a powdered seasoning, so there are chips where you don’t get the full salted egg experience and get more salt instead of salted egg.

But I wouldn’t mind if someone reverse-engineered this magical salted egg powder. We can already imagine the wonderful things Potato Corner could do with it (salted egg

Giga fries, anyone?), or Taters, with a salted egg buttered popcorn combo.

We’re not the only ones obsessed. A quick Instagram search shows that there are more and more brands here that are starting to create their own version of the addictive salted egg chips.