Art–is it worth the stress and frustration? | Inquirer Lifestyle ❮ ❯ 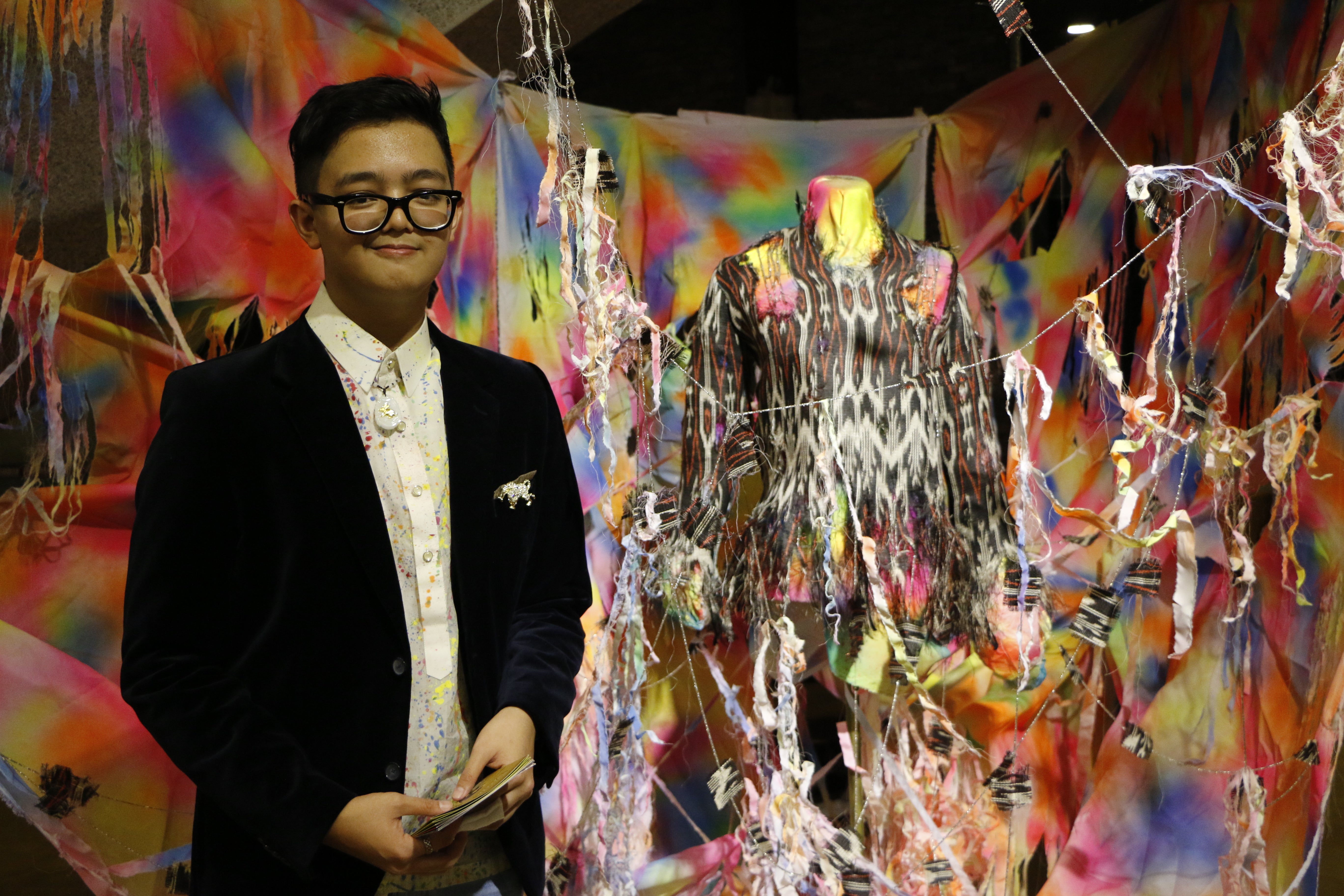 JUDE Macasinag with his work, “K’na.” It focuses on the T’boli tradition of dreamweaving.

Art–is it worth the stress and frustration?

While it’s true that media gives ample coverage to the local art scene, Filipinos still tend to overlook it.

Moreover, today’s youth doesn’t seem to care about having a Filipino identity.

But all is not lost.

We recently had the privilege of viewing “Balangay”—a Filipino cultural exhibit by Grade 10 students of the Philippine High School for the Arts at the Cultural Center of the Philippines (CCP).

The exhibit was originally a school project until members of the faculty felt it deserved to be seen by the public.

From the word “balangay,” which means boat, the exhibit’s theme connotes “sailing through uncharted waters.” Each artwork aims to connect with Filipino culture.

Though very young, the 16- and 17-year-old students expressed their creativity beautifully and captured the idea of Filipino identity.

Indeed, through sheer effort, perseverance and passion, they showed that creating art isn’t based on how young or old you are.

The works, according to viewers, were more than just beauty at a glance. They acknowledged the deeper impact the artists made in reflecting Pinoy culture.

Creating art, however, is not easy. The process entails a lot of stress and, sometimes, frustration. Many of the works took five to seven months to finish.

But, admittedly, there was also love and respect between the artists and their mentors, said Jude Macasinag, one of the participating students.

Aum Dueñas’ work, “Hirinugyaw sa Hinilawod,” is a 9’ x 12’ painting made of natural and synthetic hair. Snipping synthetic wigs into short pieces and spray-gluing bundles to cover the whole canvass, Dueñas says the entire process took about six to seven months to complete.

Asia Entico took about five months to complete her installation piece, “A Current Situation”—from pouring layers and layers of resin onto silicon molds, to the tedious process of installing the pieces one by one to create the wave-like form.

Was it all worth the effort? Without hesitation, they said yes.

To have their works exhibited at the CCP was such an honor, they pointed out.

Even reading about the exhibit in media was recognition enough, the artists said, “because we were able to tell more people about our school, Philippine High School for
the Arts.”

They were also grateful for the positive response of the people who have seen the exhibit. The artists believed they succeeded in sharing their creative expression through their works.

The exhibit brought awareness and pride to the viewers, that young Filipino artists have what it takes to create outstanding works.

A final statement from the artists to their audience: “Support the arts. People underestimate the ability of artists in this country, and Philippine arts is underrated and lacks support. Support the arts because, in all the chaos and confusion happening in the world, it is only the arts that make us human.”