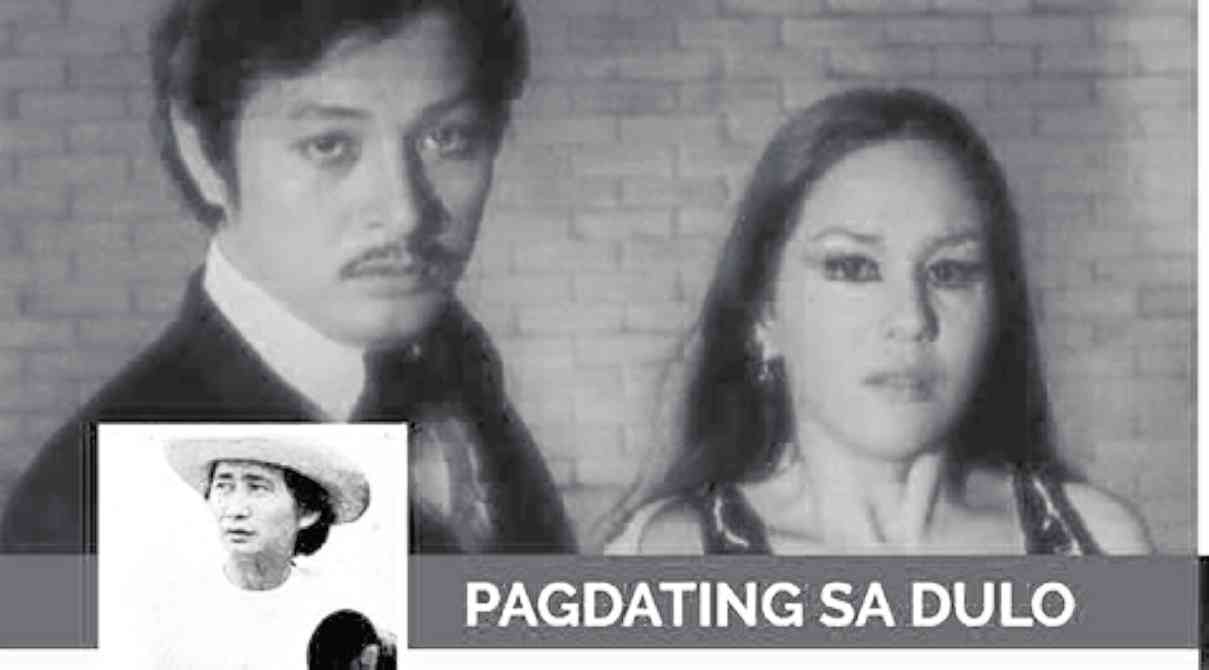 My time with Ishma, Rita, Pete and ‘Pagdating sa Dulo’

Seeing it again after many years unleashed a flood of  memories for me.  It was 1971, and we at the Graphic became involved in the film, Ishma (whom we called Bernie) and Rita being good friends of the staff.

George Sison (now Lifestyle columnist of And So It Is) was one of the film’s producers,  with Elvira Manahan.

“It’s a commercial movie,” Bernie told the press, careful not to label it an artsy-fartsy film because his previous movie was not finished, as the producer found it, well, artsy-fartsy.

The film starred Rita and Vic Vargas.  It was billed as a comedy, although a rather melancholy one.

It was a movie within a movie, with Rita showcasing her comic as well as her dramatic talent.  She was even nominated for Best Actress by the Manunuri.

Rita and Vic played actors trying to make it in the world of show biz.  Rita’s character came from the wrong side of the tracks, but she was being built up as a respectable, serious actress.

One scene was a press conference and a movie scribe asked her, “Where did you study?” Her accent and pronunciation gave her away: “Far Eastern.”

We visited the set while shooting was in progress at the LVN Studios, and chatted with the director and star.  Then I was bamboozled into appearing in one scene, with other visitors.  The movie-within-a-movie was previewed, and Rita was to go around asking the movie scribes, then sometimes referred to as kuno writers, “How was it?  Did you like the film?”

The scribes were supposed to shake their heads or look at Rita pityingly, condescendingly.  But I did not follow Bernie’s instructions, did not react the way I was told to and, mercifully, the scene was cut.

The final cut of “Pagdating sa Dulo” was the  premiere of the  movie within the movie, with drunken Rita and Vic walking down the ramp in somber fashion, looking more like they were going to a wake instead of a festive occasion.

The Graphic was published by Don Antonio Araneta, with Luis (Morik) Mauricio as editor and Monina Mercado as managing editor.  The latter had to go on leave for health reasons and was replaced by the formidable Ninotchka Rosca, who also resigned due to  an imbroglio over a labor union.

Others on the staff were the iconic critic-professor Pete Daroy; Mila Aquilar (who went underground); Ethel Ramos (who handled entertainment}; the Hidalgos (Tony and Jing); Chato Garcellano (fresh from college); and Pablo Tariman (who started as  proofreader).

Pete was great friends with Rita, George and Bernie, and it was he who made us join the Bernal-Gomez bandwagon.

George styled himself as  “El  Conde de Makati” and wrote a column about hijinks in high society.  Everybody was wondering who this alleged Count was, and then the column was stopped because someone who felt alluded to threatened to sue the magazine.

There were many contributors, friends and colleagues who would drop by the Graphic, among them Norma Japitana (who was with the rival Nation magazine), Louie Teodoro, Edel Garcellano, Nestor Torre, Behn Cervantes, Ricky Lo and Ricky Lee, at  one time one after the other.

And then there were the “natdemo” types, because we were all rapidly anti-Marcos.

“Pagdating sa Dulo” did not do well at the box office, but has since attained the status of a minor classic. For cineastes, it serves as a good introduction to the Bernal oeuvre.

Bernie, Rita and Pete are gone now, but I remember them with affection.  And I recall the good times we had at the Graphic before the corrupt dictator lowered the boom on Sept. 21, 1972.