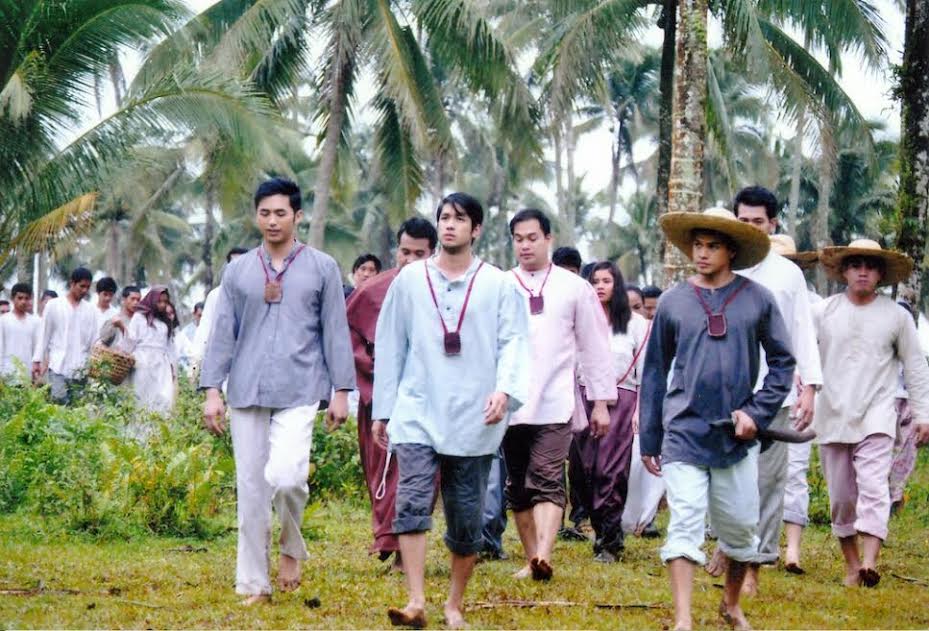 “ANG Hapis at Himagsik ni Hermano Puli (The Agony & Fury of Brother Puli)” is the second film on the life and times of Apolinario de la Cruz within a year.

This second retelling of a milestone story thrills this cineaste long fascinated by this little known hero of Philippine spiritual history. It seems the seed Puli’s martyrdom planted is bursting into bloom after 133 years.

Directed by the well-tempered film artist Gil Portes, “Hapis at Himagsik” delves more deeply than others into the reality of the visionary Apolinario de la Cruz. Hermano or Manong Puli, as the Tagalog folk still call him, remains as real to them as mystical Mt. Banahaw in whose foothills he was born.

This film faithfully portrays his public emergence in his late teens, calling his fellow indios to brotherhood in Bathala in mid 19th century Lucban, part of the original Tayabas, the Philippines’ longest province. Most of the first members of his Cofradia de San Jose were young people like Puli. Their youthful cofradia quickly distinguished itself from all the other fellowships of prayer abounding at the time.

With his charisma, Manong Puli’s preaching on spiritual brotherhood bound all in prayer and reflection, galvanizing them to commit to one another’s welfare and zealously spread word of indio oneness under Bathala. Affirming human equality buried under harsh colonial reality, the cofradia spread like wildfire through the Tagalog strongholds of Tayabas, Batangas, Laguna and Tondo, all the way to Camarines Sur.

History was turning a sharp corner between the ruling Spaniard and the colonized indio, magnetizing all native social classes soul sick from centuries of colonial abuse. A wealthy supporter in Manila, the liberal thinker Domingo de Roxas, was a Mexican Creole businessman earlier deported to Spain for supporting the revolt of his fellow island-born Creole, Andres Novales. Captain Novales had revolted with his men when peninsular officers unquestionably loyal to the Crown arrived to replace them, a clear sign of changing times.

Meanwhile Lucban’s parish priest at first supportive of the cofradia’s spiritual fervor, found himself at odds with central authority and fellow parish priests alarmed at the cofrades’ phenomenal numbers—an estimated 4,000 by 1841.

Manong Puli’s earlier attempt to study for the priesthood in Manila had already struck the friar establishment as nothing short of heresy. Adding to their alarm was the cofradia’s exclusion of Spaniards from their membership. Puli’s visionary calling was inexorably taking them to the deep end.

Wanting no less than cofradia protection with State recognition, he urged Don Domingo to present their case to the Real Audiencia in Manila. Roxas prepared the papers with lawyers, but the Audiencia refused to even hear their petition.

On Jan. 29, 1841, Puli sent a letter to the bishop of the archdiocese of Nueva Caceres stating that the cofradia was not against the Catholic faith. As a last resort, he asked Don Domingo to file one more appeal with the Audiencia.

But imperial power was no longer listening, ready to answer blazing indio faith with gunfire. By Sept. 18, 1841 Spanish troops were ordered to break up a huge meeting of the cofradia and arrest Manong Puli. Forced to fight, he rallied 4,000 cofrades on Oct. 23, 1841, defeating the forces of Alcalde Mayor Joaquin Ortega and his 300 men with the help of mountain Atis in a bloody battle that killed Ortega himself.

Though not captured in the film, local lore has it that the Cofradia de San Jose fled to Banahaw’s elevations. Pursuing imperial forces captured Puli 1,500 feet above sea level.

On All Saints Day, 1841 the Spanish army attacked and killed hundreds of under-armed cofrades. Three days later, on Nov. 4, Puli was shot and decapitated in the Tayabas plaza, his head and body parts raised on bamboo stakes down the cofradia’s pilgrimage trail—a warning to all not to dare cross the line ever again.

Neither was it shown in the film but Domingo de Roxas was arrested and imprisoned in Fort Santiago. This progenitor of the future Roxas-Zobel-Ayala clan died in prison before word arrived of the pardon his daughter Margarita obtained from Queen Isabela II herself.

And yet, such was been the cofradia’s spiritual power that before the 19th century ended, the future Katipunan rose in the shadows of Mt. Banahaw. Today Manong Puli is enshrined with Rizal and the rest of our revolutionary heroes on the altars of countless religious sects in Banahaw. Someday perhaps this epilogue of the cofradia story could be told as eloquently as “Hapis at Himagsik” recreates Puli’s brief and tragic life.

Respect for mystical genius that struck and continues to stoke fire in the Filipino folk soul makes this film a worthy retelling. Director Portes and scriptwriter Eric Ramos chose just the right details of Puli’s inner life—his visions, his rapport with divine reality and its matrix in fervent folk belief in invisible reality.

They’re all there in just the right doses, never too much, just clear hints of the indio’s living mystical reality set ablaze by Puli’s charisma. The casting of young Aljur Abrenica as Manong Puli was felicitous. His perfectly controlled portrayal of Puli’s divine calling honors the price paid for an exalted mission. Puli’s execution to authentic chanting of the Tagalog pasyon, the soul of folk Christianity’s fervor alive and well in Tayabas, is a deeply moving master’s touch.

There remains much to explore of the reality of the indio psyche, its surface barely touched in the medium of cinema. But there this psyche remains—in the heart of our folk—awaiting more artists of integrity to mine more riches from ancient Filipino soul for the world.