Forget ‘We are the World’– Ethiopia is ‘The World!’ | Inquirer Lifestyle ❮ ❯ 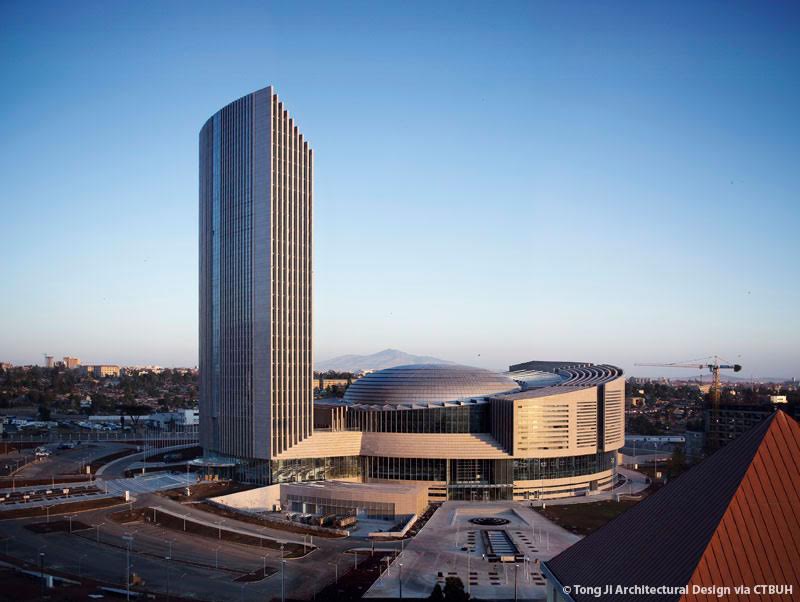 HEADQUARTERS of the 54-nation African Union

Forget ‘We are the World’– Ethiopia is ‘The World!’

TO FILIPINOS forever enthralled by Hollywood, Africa is the darkest continent, uninviting and impenetrable, and Ethiopia, probably the oldest civilization in the world, the dimmest and most mysterious of countries.

It doesn’t help that Bible-crazy Born-Again Christian Filipinos associate Ethiopia with the Old Testament figure of Queen Sheba whom they further associate with the downfall of King Solomon of Israel.

But nowhere in the Bible does it state that the Ethiopian queen corrupted Solomon so that he lost his wisdom and his kingdom.

Solomon, according to the First Book of Kings, fornicated with “many foreign women, as well as the daughter of Pharaoh: women of the Moabites, Ammonites, Edomites, Sidonians and Hittites,” but no mention is made of the Ethiopian queen.

But alas, there’s Hollywood with its sensationalism that Filipinos equate with biblical truth!

In the famous 1959 King Vidor movie, the fabulous Gina Lollobrigida is the crafty Queen Sheba conspiring with the Egyptian pharaoh to bring about Yul Brynner’s Solomon’s downfall.

Even National Artist for Literature Nick Joaquin may have based his famous poem, “The Innocence of Solomon,” on Hollywood: “Sheba, Sheba, open your eyes!/ The apes defile the ivory temple/ the peacocks chant dark blasphemies/ but I take your body for mine to trample /. . . (and) chaliced drowsily in your ample/ arms, with each brief bliss that dies/ my own deep sepulcher I seal.”

Bible and Hollywood, however, agree on one thing—Ethiopia’s fabulous riches.

Sheba was supposed to have arrived in Jerusalem “with a very great retinue, with camels bearing spices, and very much gold, and precious stones” (I Kings 10:2). “Never again came such an abundance of spices,” seconds the Second Book of Chronicles.

The riches of Ethiopia—natural, cultural, and over all—this writer was able to confirm when Ethiopian Airlines brought a media delegation aboard its Dreamliner to Addis Ababa and several sites recently.

A landlocked territory of more than a million square kilometers in the northeast continental region known as the Horn of Africa, Ethiopia is rich in mineral resources with huge deposits of iron ore and potash as well as impressive holdings of copper, gold, silver, nickel, petroleum and natural gas.

Ethiopia has extensive hydroelectric potential as illustrated by the Blue Nile Falls, 70 percent of which is used to generate electricity.

Twenty percent of the land is devoted to agriculture and its soil volcanic and fertile like the Philippines, Ethiopia produces spices (Sheba’s instrument of seduction!) and principal grains such as rice, corn, sorghum, wheat, barley, and the all-mighty teff. Teff is a species of lovegrass endemic to Ethiopia that is made into the flour that further goes into the making of the Ethiopian staple, injera, the native pancake that has been discovered only recently to be gluten-free. It has thus become the rage among fitness-conscious Hollywood celebrities such as Gwyneth Paltrow and Victoria Beckham.

Ethiopia’s top agricultural export is coffee, whose parentage experts now agree is Ethiopian: the famous variety Arabica has now been established to have come from “Abyssinia,” the ancient name of Ethiopia.

Despite its arable land, Ethiopia’s full agricultural potential remains unharnessed, but Ethiopia and the rest of Africa plan to become the world’s granary and a top food producer.

Ethiopia has even started to produce world-class reds and other wines from its vineyards in its northern region. Aboard Ethiopian Airlines’ Dreamliner, Philippine journalists on Cloud 9 Business Class cabin sampled Ethiopian reds and found them surprisingly good.

Because of its rich natural resources, the Ethiopian economy has been able to grow by an average of 10 percent in the last 10 years, the biggest in Africa and one of the biggest in the world.

Ethiopia is succeeding in disabusing from the minds of people the terrible image of famine and death that was fostered during the drought it suffered in 1984, and the subsequent well-meaning but Orientalist relief campaigns of Bob Geldof and USA for Africa that resulted in the familiar all-star anthems, “Do They Know It’s Christmas?” and “We are the World.”

Addis Ababa, which literally means “new flower,” is the capital not only of Ethiopia but arguably of the African continent since it is headquarters of the African Union (AU). It likewise hosts the regional offices of several United Nations agencies.

Dusty during summer and muddy during the wet season, Addis Ababa may be typical of capitals of the developing world like Manila and Jakarta; but it remains a city in the making, eager as it is to upgrade its infrastructure (it has put up a light railway system) and further enhance its cosmopolitan character.

The dust and mud may owe to Addis Ababa having been literally carved from the mountain since the 19th century, as evidenced when we climbed Mt. Entoto, the highest peak overlooking the capital which itself has seen regreening since the early 20th century when it was started to be planted with fast-growing eucalyptus trees imported from Australia. Fallen branches are harvested nowadays by hardworking Ethiopian women to be sold in markets as firewood.

Entoto is 3,200 meters and Ababa is 2,400 m above sea level. Normal temperature ranges from 13 to 22°C, so the Filipino media delegation did not find it hard to acclimatize themselves to their new surroundings. “This feels like Baguio,” they noted.

Burnishing its image as the capital of a vast continent whose size could include all of the United States, China and India, Addis Ababa has named its streets after the 53 other countries that comprise the AU.

Despite Ethiopia being a center of Eastern Christianity (the Ethiopian Orthodox Church has strong historical claims of being the oldest in the world), Addis Ababa has Latin quarters in Mexico Square, so named when Mexico became the only country among the League of Nations to condemn the Italian invasion in 1936 of Ethiopia, the only African country that had avoided European colonization; and in the Piazza, the Italian commercial hub that was created as a result of the brief Italian occupation until 1941.

Predictably enough, the Piazza has several Italian-inspired hangouts and restos that should show how Ethiopians have embraced Latin cuisine, perhaps for them the only palatable legacy of Benito Mussolini’s African adventure.

But for everyday people, the best place to shop would be the Addis Mercato (New Market) in the Ketema district. At several square miles and with more than 7,000 shops and stalls, it is reputedly the continent’s biggest open-air market.

From the most fiery spices to greenest vegetables and fruits, from native baskets to clothes in indigenous looms, from Chinese appliances with American-sounding names to reconditioned or recycled Italian coffee-makers, the Mercato has it all.

Old and new therefore converged in Addis Ababa, but to appreciate better the depths of history that Ethiopia held, the media group visited the National Museum, whose leading resident was none other than Lucy, at 3.2 million years old the oldest human ever excavated.

To Ethiopians, Lucy is Dinknesh, that is, “You are marvelous.” It is another concrete proof that, together with coffee and Christianity, Ethiopia is, as the new tourism campaign of the government says, “The Land of Origins.”

Found by American paleontologist Donald Carl Johanson in 1974 in the Awash Valley some 75 km from Addis Ababa, Lucy is the popular name given to several hundred pieces of bone fossils representing 40 percent of a female hominin species (erect ape, more or less already a human standing on two feet; scientific name, Austalopithecus afarensis).

Although with a small skull like apes, Lucy was presumed to have walked with a bipedal gait, locomotive abilities of our earliest ancestors presumably preceding increase in brain size.

A glass cabinet showed Lucy fully, but only scientifically reconstructed based on the evidence of her recovered remains, and the journalists stood gaping not only at the conceit of science, but also at the magic and spell of human history and sheer tenacity.

The remains were reportedly called Lucy since the digging crew kept on playing the Beatles hit, “Lucy in the Sky with Diamonds,” leading one journalist to make the very profound speculation: “What if they had been playing ‘Eleanor Rigby?’”

Ethiopian Airlines flies to Addis Ababa from Manila with a brief stopover in Bangkok three times a week. Until Sept. 30, Ethiopian Airlines is offering special roundtrip prices of $787 (economy) and $1,787 (business) to Addis Ababa and over 90 international destinations around the world. Travel period is until July 31, 2017. Call 8480978/79; 5222095; 5224869); visit www.ethiopianairlines.com. For more information on destination packages, visit www.ethiopianholidays.com.