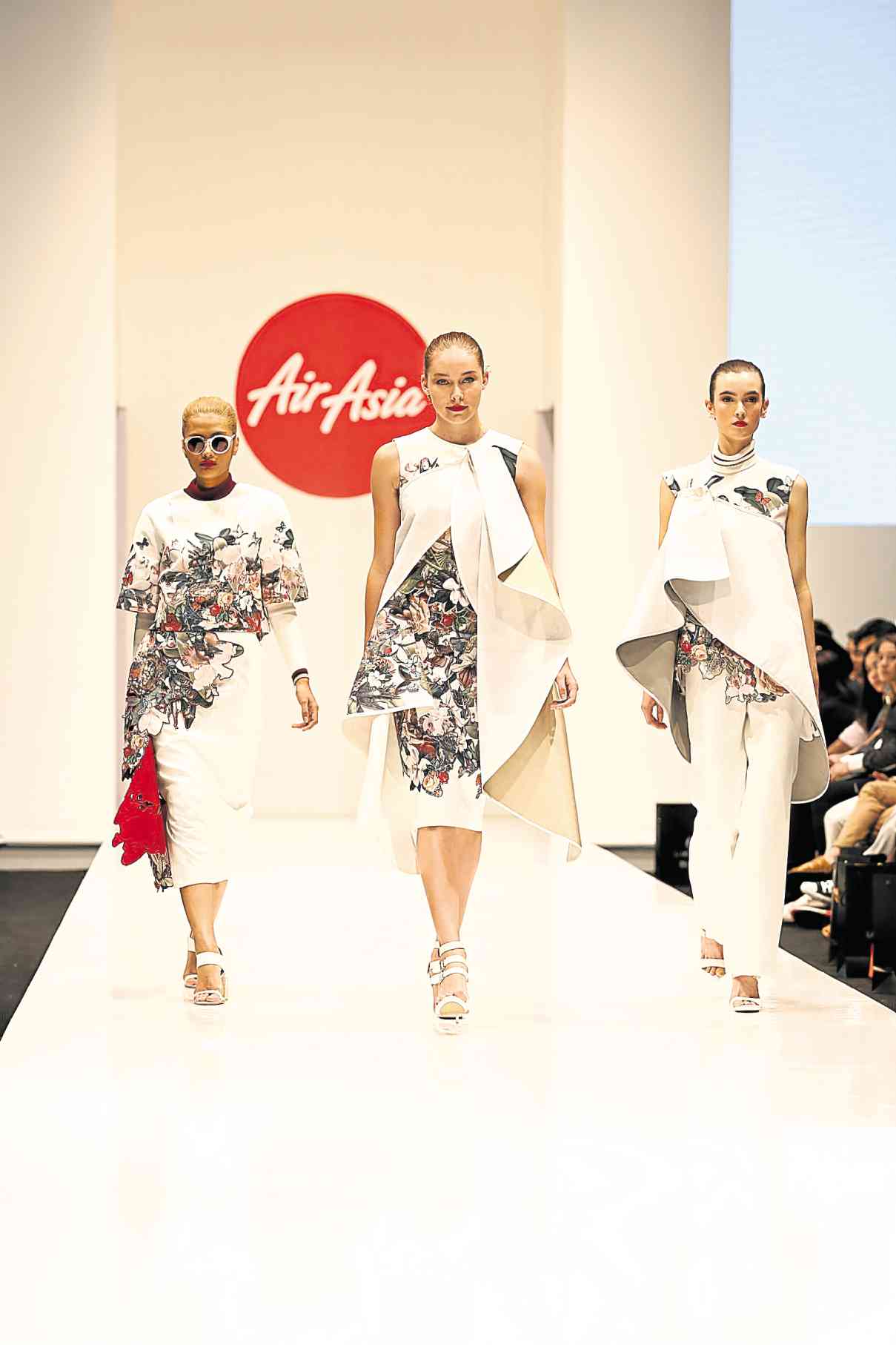 His collection for AirAsia Runway Ready Designer Search 2016 was inspired by the palaces of Ayutthaya, Thailand’s former capital. As his models made their way down the runway, they peeled off their asymmetrical tops to reveal delicate details on the dresses.

Only the top three young designers from each participating country were flown to Malaysia.

The Thai contingent—with designers Suputsorn Teamsak and Arif Jehwang joining Anurak Jaidee—was the most applauded. Their choice of rich fabrics and attention to detail was obvious even from the bleachers.

Omar said she was delighted with the wealth of talent displayed at the show.

“This is actually our first time to see the finished product; we were only shown sketches,” she said at the press conference        held after the show.

This is the second time in two years that low-cost carrier AirAsia has bankrolled the design competition where finalists get to show at Kuala Lumpur Fashion Week RTW. Last year, the competition was limited to Malaysia, with Lee Bao An (Bobo Lee) getting the judges’ nod.

Part of Lee’s prize was a slot at this year’s fashion week where she showed a series of deconstructed shifts with contrast top stitching.

It was announced at the press conference that next year’s competition will accept entries from design and fashion schools located in countries AirAsia services.

“It’s not just about mounting a competition,” said Tan. “We hold this competition with the purpose of launching the career of the winning designer.”

AirAsia’s Most Promising Young Designer Anurak went home with the following prizes: a confirmed show segment to showcase at next year’s Kuala Lumpur Fashion Week RTW, a yearlong mentorship under Tan, RM25,000 (approximately P288,000) from FashionValet to produce a capsule collection to be sold at fashionvalet.com, 150,000 AirAsia points, and a pair of return tickets to any AirAsia destination.