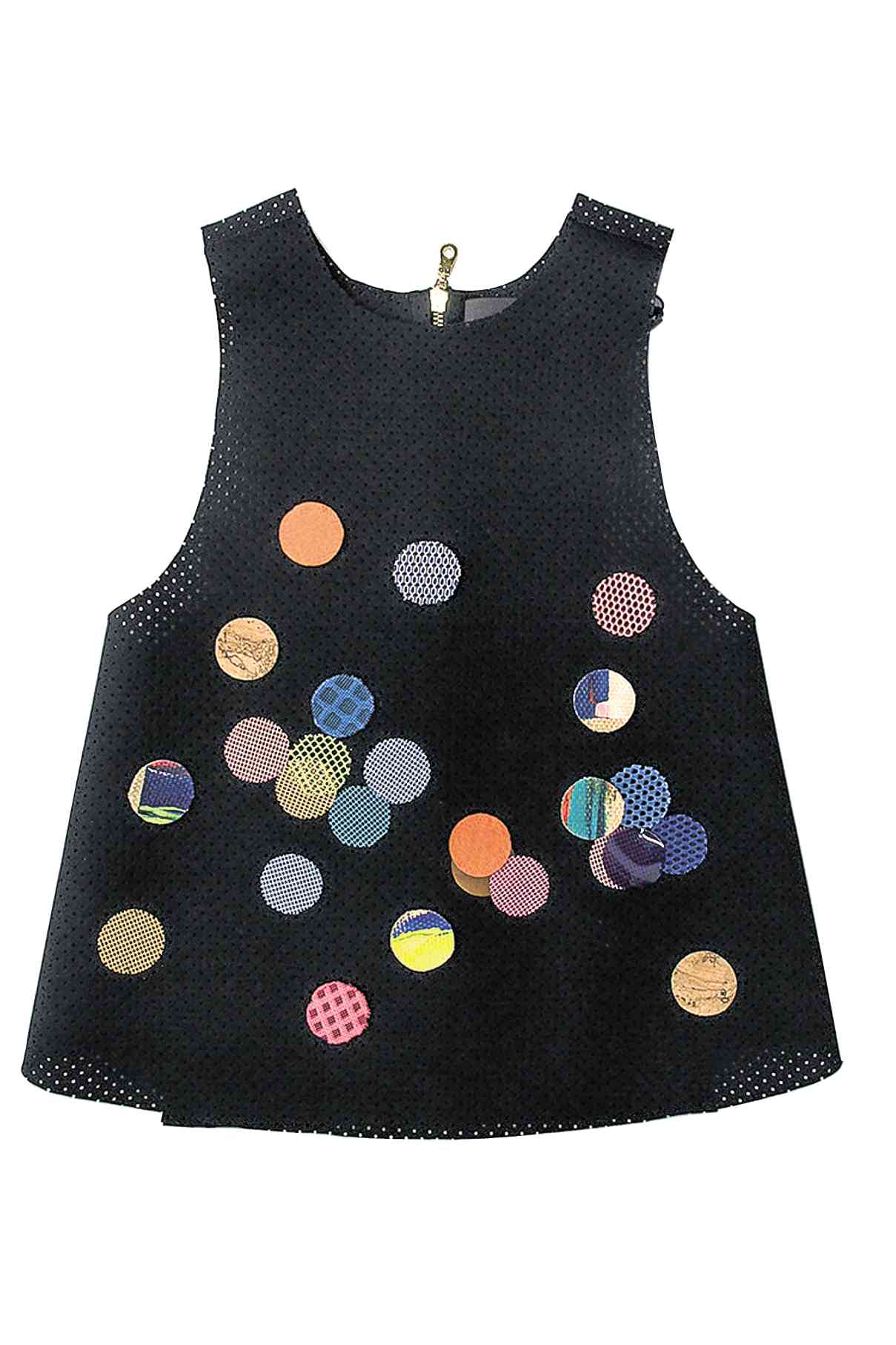 An Idée whose time has come–Bea Valdes’ pocket collection

Tucked in La Panday Building in Makati, Idée is a boutique that views clothes as an expression of individuality and ease of movement.

Lorenzo, chairman and CEO of La Panday Group of Companies, oversees the family’s banana and pineapple production in Mindanao and its export business. She stopped her 41-year-old smoking habit (that she started at 16) when she opened the destination boutique in the family-owned building.

While mainstream brands focus on details or saleable elements, Idée’s clothing plays on proportion. Each style is in a limited edition.

Idée’s core merchandise is complemented by pocket collections by guest designers. That Tuesday, the heavy rains and traffic didn’t stop the fashion faithful from getting a first peek at the pocket collection of accessories designer Bea Valdes.

Clients were awed by the radically chic tops held by back flaps that formed large armholes. The deceptively simple design highlighted the fabric selection and Valdes’ trademark attention to detail.

“How do you wear this top with large armholes?” asked clients. They had never seen anything like it, which was pretty much the stuff that distinguishes Idée (French word for idea).

Lorenzo suggested numerous possibilities such as wearing a bandeau top peeking under the armhole, layering with another blouse or wearing special foundation garments.

Lorenzo wore Valdes’ silver-gray top, embellished with a hand-sewn braided trim. It was matched with a pair of tattered Gap boyfriend jeans and Ermanno Scervino floral heels. Cecilia Davila, Lorenzo’s daughter who manages the store, was dressed comfortably in Valdes’ top. The denim blouse with frayed edges was paired with denim shorts and white slip-ons.

“We want to show different looks for different ages with different ways of dressing,” said Lorenzo. “That’s what makes our clothes so versatile. With just a top, you can add everything else and make the look your own.”

It all began when Lorenzo went to Valdes’ exhibit of artsy accessories at Silverlens, the gallery owned by her sister, Isa Lorenzo. Rica Lorenzo admired Valdes’ top and asked her to make one for her. Lorenzo then commissioned her to create a pocket collection in different treatments.

The same style has been interpreted in contrasting bold stripes and splattered paint on denim and colorful paillettes on neoprene, with prices ranging from P13,000 to P17,000. The most expensive of the lot, the black and white tops with appliquéd acrylic flowers on the chest, were immediately snapped up.

She also created an emerald-green neoprene blouse with white appliquéd flowers over a salmon-pink top.

Looking at her outfit, Valdes said with a giggle, “These are toy colors—like kids.”

The childlike attitude has been the crux of Valdes’ creative process. Her mother Pamela Panlilio-Valdes always encouraged her children to play outdoors and use their imagination instead of sitting in front of the television. In first grade, Bea designed her own Halloween costume.

Blessed with a fertile imagination,  talent in interior design and writing and just looking nonchalantly refined, Valdes started to experiment with embroidery and appliqués on a single panel which later evolved into  bijoux de corps and necklaces. She has since developed an eponymous brand that is found in exclusive stores abroad such as Saks Fifth Avenue. Kate Moss wore her necklaces on the cover of British Vogue.

Typical of the Filipino sense of community, Valdes’ artisans and beaders huddle together to make the accessories in a spacious factory in Bicutan.

The new collections are presented twice a year in Premiere Class, the accessories show in Paris Fashion Week. The designer noted the increased demand for bespoke or customized accessories.

Bea Valdes accessories have always been known for their painstaking beadwork, particularly the crystal bulb-shaped purses, in unique patterns.

Lately, the designer and her sister Marga have started experimenting with paint strokes—streaks of black, white, bold and soft colors—on heavy linen.

“It was a release,” said Bea Valdes. “Beadwork involves more designing and it takes a lot of discipline. Marga and I were doing the handpainting. For us, it was just more spontaneous and fun.”

In that same spirit of enjoyment and experimentation, the sisters would design their own clothes. People couldn’t help but admire their striking designs.

“I wear a lot of sleeveless clothes. We were thinking of clothes you can slip on and forget about. And, it’s got character,” said Valdes.

Despite her lack of formal training in accessories design, Valdes’ ethic for perfection paved the way for her success.