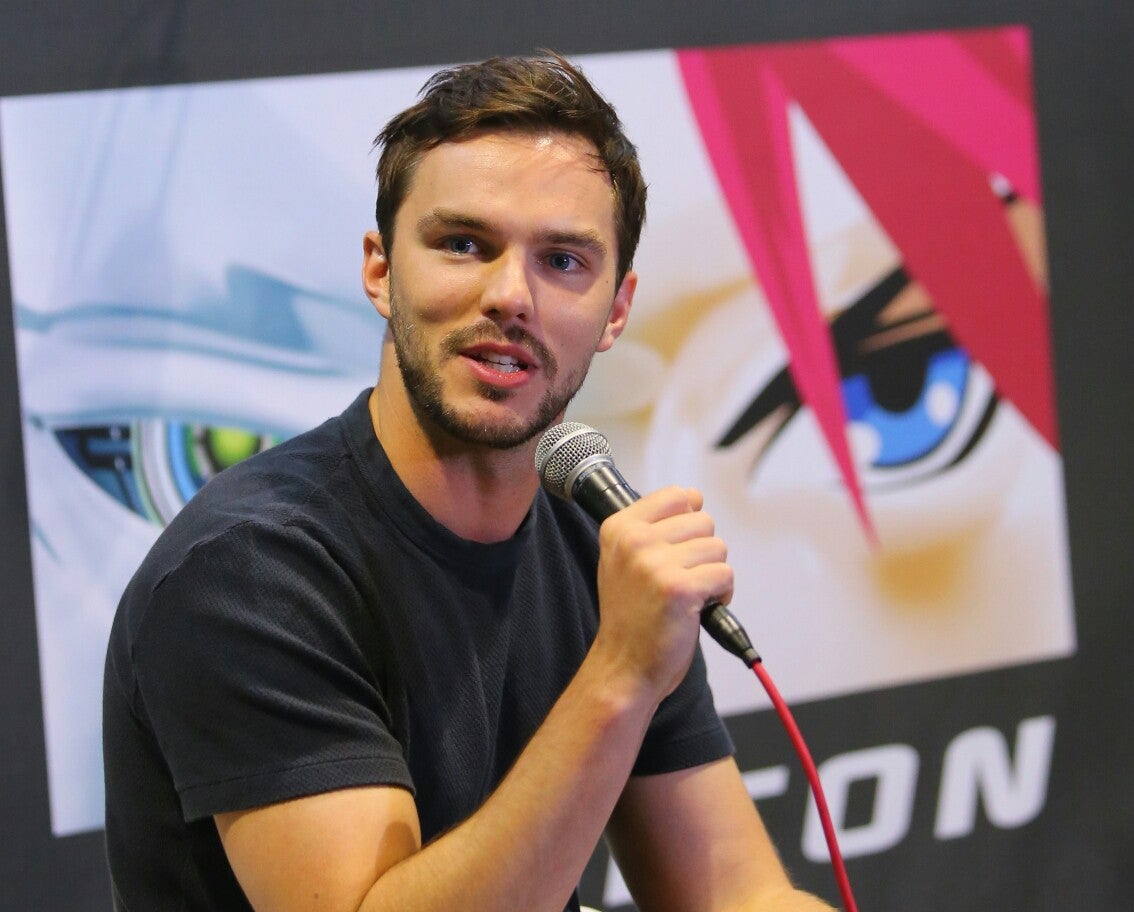 Nicholas Hoult is a geek like the rest of us.

The actor, who has gained a huge fan base for his roles as Beast in the rebooted “X-Men” franchise and the zombie R in the apocalyptic film “Warm Bodies,” is a big fan of the most talked about topics of today–Netflix’s “Stranger Things” and augmented reality game “Pokemon Go.”

“I’ve been watching a load of ‘Stranger Things.’ I haven’t met her (Millie Bobby Brown) but she did such a wonderful performance in that show,” said Hoult during a media conference earlier today at AsiaPop Comicon in SMX Convention Center.

“I’m kind of fanboying over meeting her… I think I’ll even be in the line for her autograph. So that’s what I’ve been geeking over recently.”

The 12-year-old Brown, who joins Hoult among Hollywood celebrity headliners in the 2016 AsiaPop Comicon, not only has Netflix viewers and sci-fi fans going crazy about the ’80s pop culture-rich show. Even silverscreen actors like Hoult are just as psyched to meet the child actress.

Hoult also shared that he’s currently in level 13 of Pokemon Go and is part of Team Mystic. Asked if he chose the team because its name sounds like one of the X-Men characters, Hoult replied simply with, “I just liked the color blue.”

As for his Pokemon-hunting, Hoult said, “It’s going terribly… I’ve had fallen off playing recently because I found it difficult to find new Pokemon. Are there lots here?”

Filipino fans can help the actor by tweeting him where to find rare Pokemon in Manila. He is set to stay in the country a few more days after the comicon.

In fact Hoult is looking forward to tasting balut. He also wants to check out local beaches and find spots in the Philippines that he can call his personal haven.

For more stories on Nicholas Hoult and the 2016 AsiaPop Comicon Manila, grab a copy of Inquirer Super next Friday. Follow us on Twitter and Instagram, @inquirersuper, for live updates.