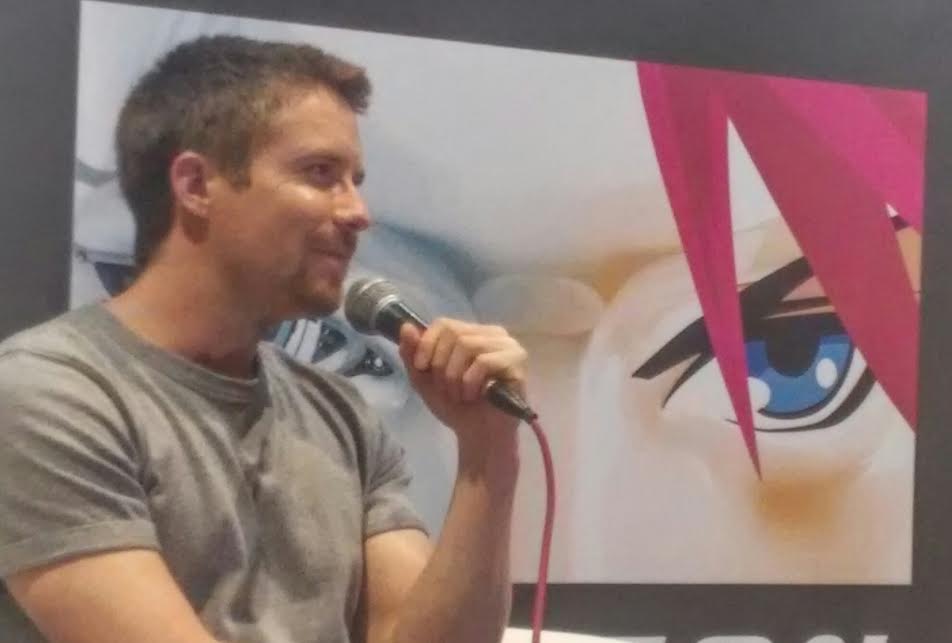 Ever wondered whatever happened to Robert Baratheon’s bastard son Gendry in “Game of Thrones”? Remember that warm, fuzzy feeling you got whenever he and Arya Stark had moments together? Did you miss seeing his, um, assets when he’s shirtless and blacksmithing?

“When you play the game of thrones, you win or you die,” goes that famous Westerosi quote. You might say Gendry unwittingly got mixed up in the game, but he’s one of the few who didn’t get literally axed from the storyline. We last saw him in Season 3 but his exit was without a violent death, as is often the case when GoT characters are dispensed with.

Of course we’ll never know whether network producer HBO or George R.R. Martin, author of “A Song of Ice and Fire” novels from which the acclaimed TV series is based, would bring Gendry back—until they actually do so.

For now, let’s put the spotlight on the real Gendry, British celebrity and 2016 AsiaPop Comicon headliner Joe Dempsie, who met members of the media early last night at the SMX Convention Center in Pasay City.

In honor of GoT’s six seasons of awesomeness, as well as to get fans more excited about meeting the “Thrones” actor today at 11:30 a.m., here’s Inquirer Super’s Top 6 favorite things about Joe Dempsie.

1. He’s gotten a little older but seems to have maintained his Gendry physique. Look at those arms—need we say more?

2. He and close friend Nicholas Hoult starred in the British hit TV series “Skins,” a comedy-drama that explored the lives of teens and some very controversial issues like substance and alcohol abuse, sexuality and gender, bullying, mental disorders, and dysfunctional relationships.

3. Which leads us to our third favorite thing about Joe: He toured Intramuros with his buddy Nick. They rode a kalesa, visited the Manila Cathedral , walked along Luneta Park and stopped by Jose Rizal’s monument.

“It’s nice to get a feel for the Philippines’ culture and history, and what makes Manila the city that it is and the people that they are,” said Dempsie.

4. If Gendry were to return to GoT, Dempsie would like the lad to save the life of another character. So, which one?

“Saving Jon Snow and his beautiful hair from imminent death, that’ll be a nice way to go back,” Dempsie said in jest.

He would really like to work with Kit Harrington, who plays the former Lord Commander of the Night’s Watch. “He’s a good friend of mine but our paths have never crossed on ‘Game of Thrones’ before.”

5. Dempsie is a huge fan of director Sean Durkin, who won the Prix Regards Jeunes at the 2011 Cannes Film Festival for his film “Martha, Marcy, Mae, Marlene.”

They worked together on the crime drama mini series “Southcliffe,” which Dempsie said was an opportunity that he “grabbed with both hands.”

“I would work with him for the rest of my career if he wants me to.”

6. Asked which of his GoT friends—Harrington, Richard Madden, Alfie Allen, Oona Chaplin, Gwendoline Christie (they all belong in the same age group)—he misses the most, Dempsie replied, “I miss them all, but I love Gwendoline.”

All hail the Lady Brienne of Tarth! We love Gwendoline Christie, too./rga