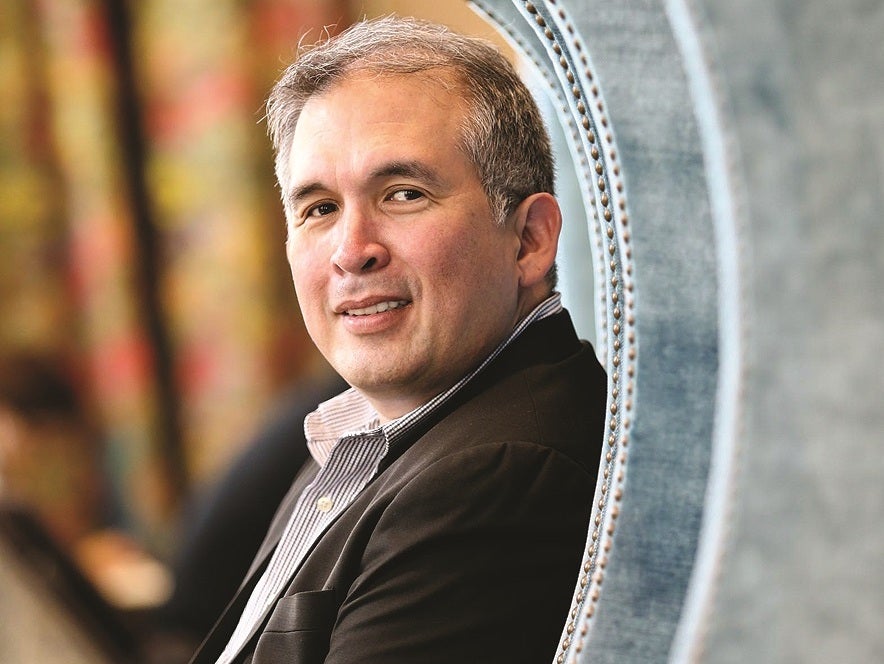 It was a glitch that would have gone undetected, had then President Gloria Macapagal-Arroyo not seen that the teaspoons did not match the rest of the cutlery during a state dinner in Malacañang.

“It was a very subtle detail but she noticed it,” said Miguel Miñana, the president of Themeworks Events Co. Inc., an events organizing group.

Miñana understood that Arroyo had reason to raise her eyebrows. After all, she was the lady of the house, aside from being the Chief Executive. All the details reflected on her.

“She was super-OC (obsessive-compulsive). She got upset over the head of the kitchen,” was all Miñana added.

But unlike the previous practice where entertainers immediately took the stage after dessert, Miñana’s performers had to wait until the President returned following a smoke before belting their hearts out.

Arroyo was partial to fish and lobster, while Aquino “was carnivorous” so there was more beef on the menu, he added.

Miñana’s events company, established in 2001, was in charge of making sure formal occasions went well in Malacañang shortly after Arroyo assumed the presidency, until the first three years of Aquino’s term. That was about 50 state dinners in 13 years.

It was a dinner made memorable by the spectacle that Miñana drew up—a stage with a 180-degree view that had 400 children serenading guests inside a tent in the middle of the polo field.

Miñana said he was inspired by images of Cirque de Soleil and playful characters from Charlie Co’s paintings. Magsaysay-Ho, who knew Miñana from events she attended in Malacañang, realized he was the only one who could pull off a visual-cum-musical stunt that would wow the VIP guests.

Themeworks is celebrating “700 in 15” or 700 events in 15 years this year. Miñana’s journey, however, began much earlier. Way back in high school, he was already the go-to guy when it came to organizing school fairs, mini contests and Kundirana productions in La Salle Greenhills.

What he considered a hobby until college eventually became what he was paid to do.

Miñana tried his hand in advertising after graduation and found himself in charge of events-related chores like setting up parties in discos, bars and restaurants to promote products or brands.

Then came his batch’s 25th homecoming in Greenhills. Miñana was already “doing small pocket events” then, but an influential friend who was apparently impressed with his organizing skills introduced him to Bettina Aboitiz, Arroyo’s social secretary at the time.

Arroyo was just on her first few months as the Palace tenant then.

“I’ll just help muna, volunteer, put a structure,” was how Miñana understood his would-be role. At that time, there were “no structures to formal events” that always involved serving food, he said.

Imagine how floored Miñana must have been when told that his first VIP guest would be Prince Andrew, the Duke of York. “Royalty agad,” he exclaimed.

“Better make this good,” was all Miñana remembered of Aboitiz’s instructions.

“I took care of the program flow. When does the next waiter come in? It’s a very rigid process. I could see Bettina standing up and watching every 30 minutes but it was seamless,” the organizer said.

Right after the event, Aboitiz approached Miñana to ask how much he would charge if his team would have to “do this regularly” for Malacañang.

And so Themeworks was born. Along with the routine check and arrangement of cutlery, linens and sound equipment was the rehearsal of waiters before the actual event.

Miñana would give a lecture on posture, hygiene and the right facial expression.

“And when the heads of state come in, ako pa rin ang voiceover,” he added.

Miñana said themes related to the countries of the heads of state would be conceptualized. One exception was when an entire town fiesta was staged for US President George W. Bush. The length of the Palace lawn was strewn with barrio scenes all executed in dance. Miñana said he had never seen vegetables like upo and kalabasa translated into such “sophisticated décor.”

Another time, Miñana and his team had to set up Boracay island as venue for the state dinner in honor of the prime minister of Papua New Guinea in 10 days after Arroyo reportedly thought of doing so on a whim (“Gawin na lang natin sa Boracay”).

“We had to put plywood over the sand and bring everything from Manila. That was one and a half weeks,” he said.

Miñana said his events business would not have thrived if he didn’t have the passion for it.

“You have to be different, do something new. Have the passion but treat it with a business sense,” he advised.

Things were more laid-back when Aquino moved in. Pop and jazz music took over.

“Susan Reyes, the social secretary and I, were a team. Susan would say whether P-Noy liked the food, décor and entertainment,” the Themeworks president said.

“The morning after Yolanda hit, I got a text from (opera singer) Rachelle Gerodias. ‘Count me in if you’re doing anything for Yolanda,’ she said.”

Miñana said it suddenly felt like “the Holy Spirit descending,” telling him to use his contacts in the entertainment production world to help.

What was initially a plan to stage a pro bono concert in a small venue developed into a huge production that involved 150 performers, including Sharon Cuneta, Nievera, Valenciano, various singing groups, choirs and dancers who performed for free at the Resorts World.

“It was staged for peanuts and we got the venue for free from Kingson Sy.  I conceptualized the story. Ryan Cayabyab and Joey Reyes created the theme song. David Guerrero made the logo and title. We raised P18 million for 200 houses in two communities.  We partnered with Habitat for Humanity and Gawad Kalinga,” Miñana said.

At present, Miñana focuses on private and corporate engagements.

Smart Communications is one of his biggest clients. Over the years, he has also organized events for Hope and Fortune cigarettes, the Taiwan Tourism Board and megabrands like Nike.

One time, Miñana almost got into trouble with the Metropolitan Manila Development Authority (MMDA) for Nike after his group spread flyers warning about “school wars” to bring attention to a season of the University Athletic Association of the Philippines (UAAP).

“Almost a decade ago, we launched a partnership between Nike and the UAAP. Nike has always been edgy, so to introduce the schools and players, we conceptualized the Hoop Wars. We even had Army trucks covered with tarpaulin in school colors. MMDA got upset,” he recalled.

Despite the variety and volume of Miñana’s client base, he still chooses to remain “on a boutique scale to maintain a good relationship with the client.”

“Event management has become a very enticing industry. Now you have highly specialized sectors like fashion, corporate shows and concerts,” he observed.

Still, Miñana said he does not discriminate when choosing clients. The thing is to push the creative envelope and to always rise to the new challenge.