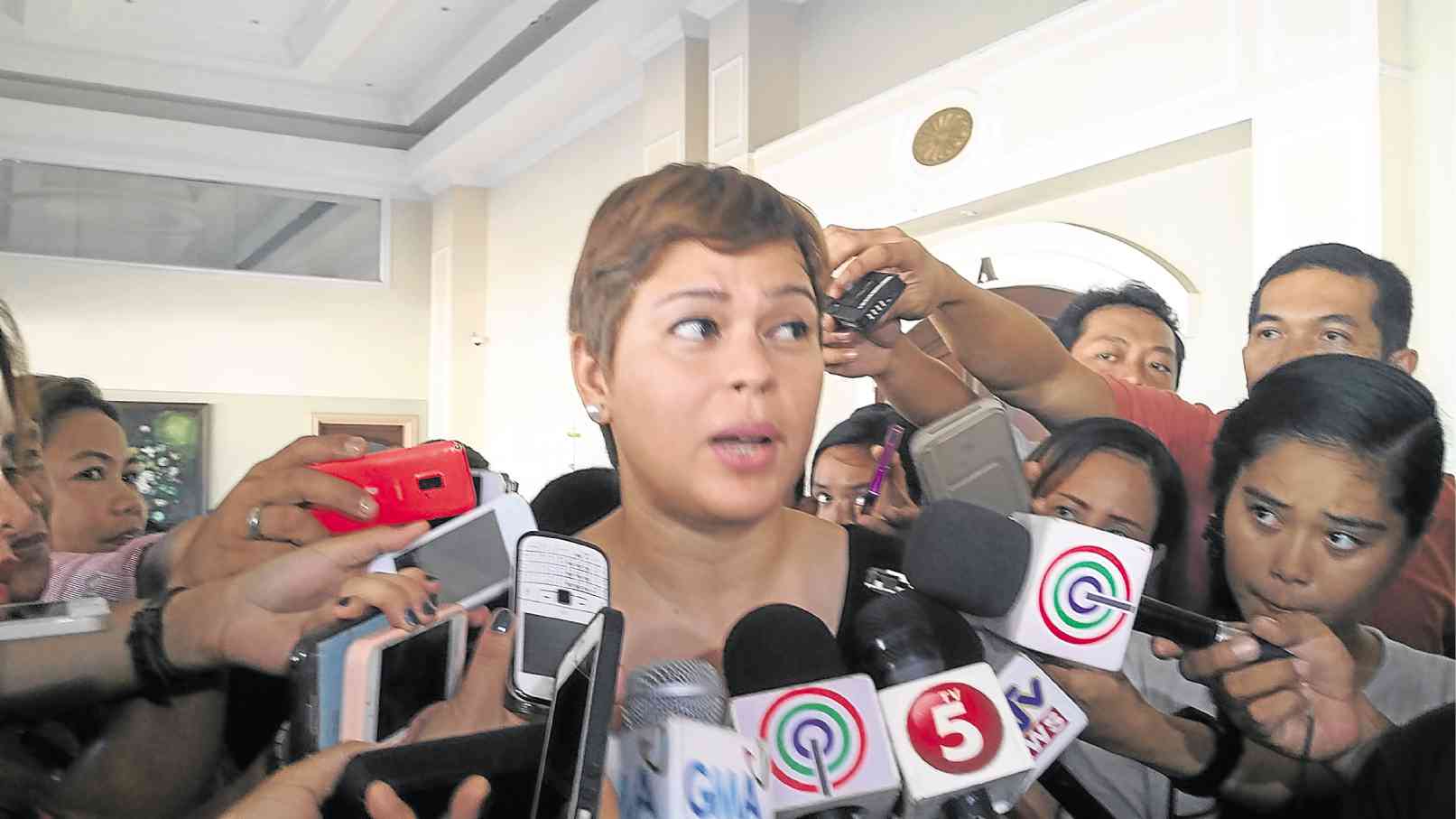 ‘I cried on hearing of Sara’s loss’

PRESIDENT Duterte shed tears when he heard the news that his daughter, Davao City Mayor Sara Duterte, had lost two of the triplets she was carrying.

Sara on Thursday announced the loss of two of the triplets she had been expecting.

The third fetus was “doing well and fighting for life,” the mayor had said.

The President, in a press conference early Saturday on arrival at Davao City International Airport, said he heard the news while in Laos attending the leaders summit of the Association of Southeast Asian Nations (Asean).

“When somebody called me, I went to the bathroom, sa labas kasi… nasa lobby kami (we were outside… we were in the lobby). I cried, I cried,” he told reporters.

‘You have to heal yourself’

He said he was sad because he knew it took his daughter a long time to get pregnant and she had to undergo medical intervention.
“These are the things in life that cannot be assuaged by just… you have to heal yourself,” the President said.

The people had the right to be informed of her condition, he said. “She’s a public (official), an employee of government… we’re just workers in government.”

Sara conceived the triplets through in vitro fertilization (IVF).

She announced that she was finally pregnant with triplets last month to explain her absence from Davao City’s Kadayawan Festival.
Difficult pregnancy

She said her doctors advised her to avoid crowded places to minimize the risk of infection. She also said she was having a hard time with the symptoms and complications of a multifetal pregnancy.

That day, Sara had attended the wake of one of the 14 people killed in the Sept. 2 blast at the Roxas night market in the city—the one for Kristia Bisnon who had been her private nurse when she was hospitalized in July./RGA