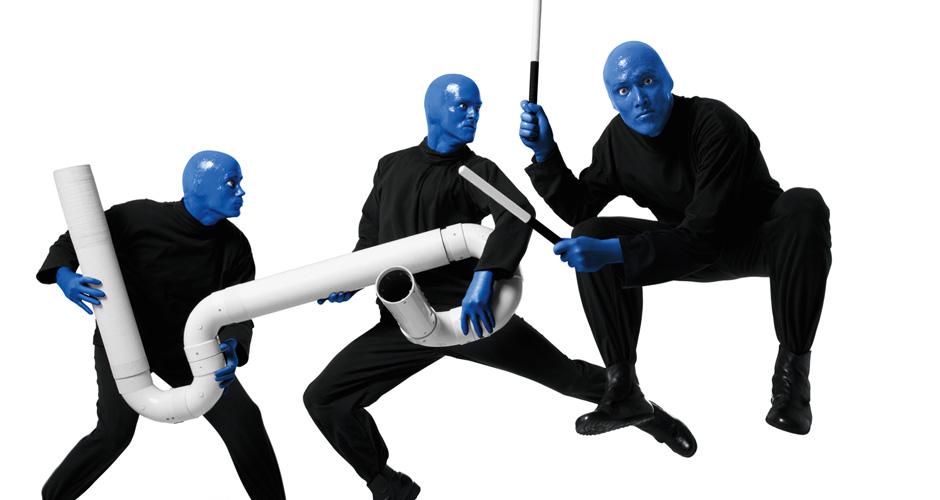 Blue Man Group plans to make a splash in Manila

THE BLUE Man Group is in Manila and you’re invited to their splashy party.

Originally from New York, the Blue Man Group   has been doing nonverbal shows combining comedy, theater, improvisation, and rock ‘n’ roll. There is no dialogue, but there are video clips, outrageous props and occasional voice-over that tell the story.

Three Blue Men in black costumes perform at a time. They are tall, bald, shiny and blue. They don’t smile, but director Michael Rahhal promises that the Blue Man Group   always delivers a fun show, and they can win you with their “smize.”

“They smile through their eyes,” says Rahhal. “The Blue Man has a certain ambiguity and shows no emotion, but he connects with the audience by being childlike. His standard mood is always, ‘hey, let’s go!’”

Lunchbox Theatrical Productions and Concertus Manila are bringing the Blue Man Group   to The Theatre at Solaire on Sept. 14-25. Rahhal will be directing—and performing.

Transforming someone into a Blue Man takes a ton of makeup, prosthetics and a couple of hours, Rahhal says. It was initially uncomfortable, and made him feel claustrophobic.

“The show is loud, and we have to communicate with the band, the audience and with each other—without saying a word! Eventually I eased into the character and forgot the discomfort, and being blue became a tool for performing.”

Why blue? “Blue is neutral and has a sense of serenity,” Rahhal explains. “It’s the color of the sky and the ocean; it’s easy on the eyes.”

The Blue Man Group has toured 15 countries since it was created by Matt Goldman, Phil Stanton and Chris Wink in 1991. The interactive show evolved over time but the basics remain: neon lights, upbeat music and a fierce groove. The consistent challenge with every show, though, is engaging the audience—especially the grownups.

“Adults can easily lose the ability to be amazed, with all the technology and stress they deal with every day,” Rahhal explains. “We want to them to have that sense of wonder back. Kids identify quicker with the Blue Man, they’re the best audience.”

“If we can the get the Filipino audience to open up, laugh with the people beside them and toss the ball around, we’re happy.”