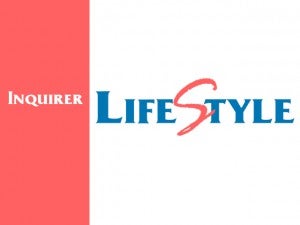 WITH THE current tech-savvy generation mainstreaming art in the digital era, the Philippines is experiencing yet again a “renaissance” in Philippine art, design and culture which brings more artists, and more art books.

The upcoming Manila International Book Fair, slated on Sept. 14-18 at SMX Convention Center, Mall of Asia, Pasay City, will highlight best-selling art books of the Philippines, along with new releases from top retailers in the biggest book fair in the country.

Here are some of the books that await art enthusiasts and art appreciators:

“Filipino Artists in their Studios” by Pinggot Zulueta (Manila Bulletin Publishing Corp., 2015). This recently launched coffee table book is a 321-page compilation of 75 portraits of Filipino visual artists and articles that have been published in the Arts and Culture section of the Manila Bulletin.

“Provenance: Ramon Tapales, Collections and Recollections” by Floy Quintos (Kaurava Publishing, 2014). Tapales’ Cordillera artifacts, which are now enshrined in French and American museum collections, will be highlighted in the book along with annotations on the artifacts and personal insights regarding how Tapales acquired them.

“Blood, Sweat, Hope and Quiapo-Rodallie Mosendes’s Story” by Rick Rocamora (2016). This photography compilation is about Rodallie S. Mosendes, a young woman from the slums of Quiapo who finished her studies at Lyceum of the Philippines University.

“The Life and Art of Isabelo Tampinco” by Santiago Albano Pilar (Vibal Foundation, 2014). Tampinco’s greatest contribution is incorporating Filipino articles on neoclassical sculpting, like palm, bamboo, anahaw—something new in the art world of neoclassicism and baroque revival, which were at their height during the late 19th and early 20th century.

“Art Deco in the Philippines” (Art Post Asia, 2010).   Art deco in the Philippines started in the Commonwealth period, and its prominence lasted until the 1980s. Several great masters like Pablo Antonio, one of the foremost pioneers of modern Philippine architecture, were the product of the inspiration of the art deco movement in the country.