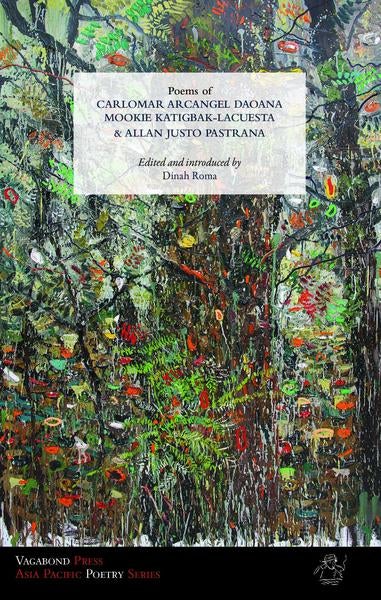 The collection is the eighth volume in Vagabond Press’ Asia Pacific Poetry Series. It is edited and introduced by Dinah Roma, with cover art by Mark Andy Garcia.

Vagabond, based in Tokyo and Sydney, is an independent literary publishing press which promotes new works by writers in Asia and the Pacific.

Katigbak-Lacuesta, who has just won the grand poetry prize in the 2018 Palanca awards, is the author of “The Proxy Eros” (Anvil Publishing, 2008); “Burning Houses” (USTPH, 2013); and “Tropicalia: Poems and Translations” (in collaboration with Frances Cannon, Vagabond Press, 2016).

Roma in her introduction that international readers “would find in (the work of the three poets) a rich evocation of the country and nation that is the Philippines.”

The book launch is open to the public.