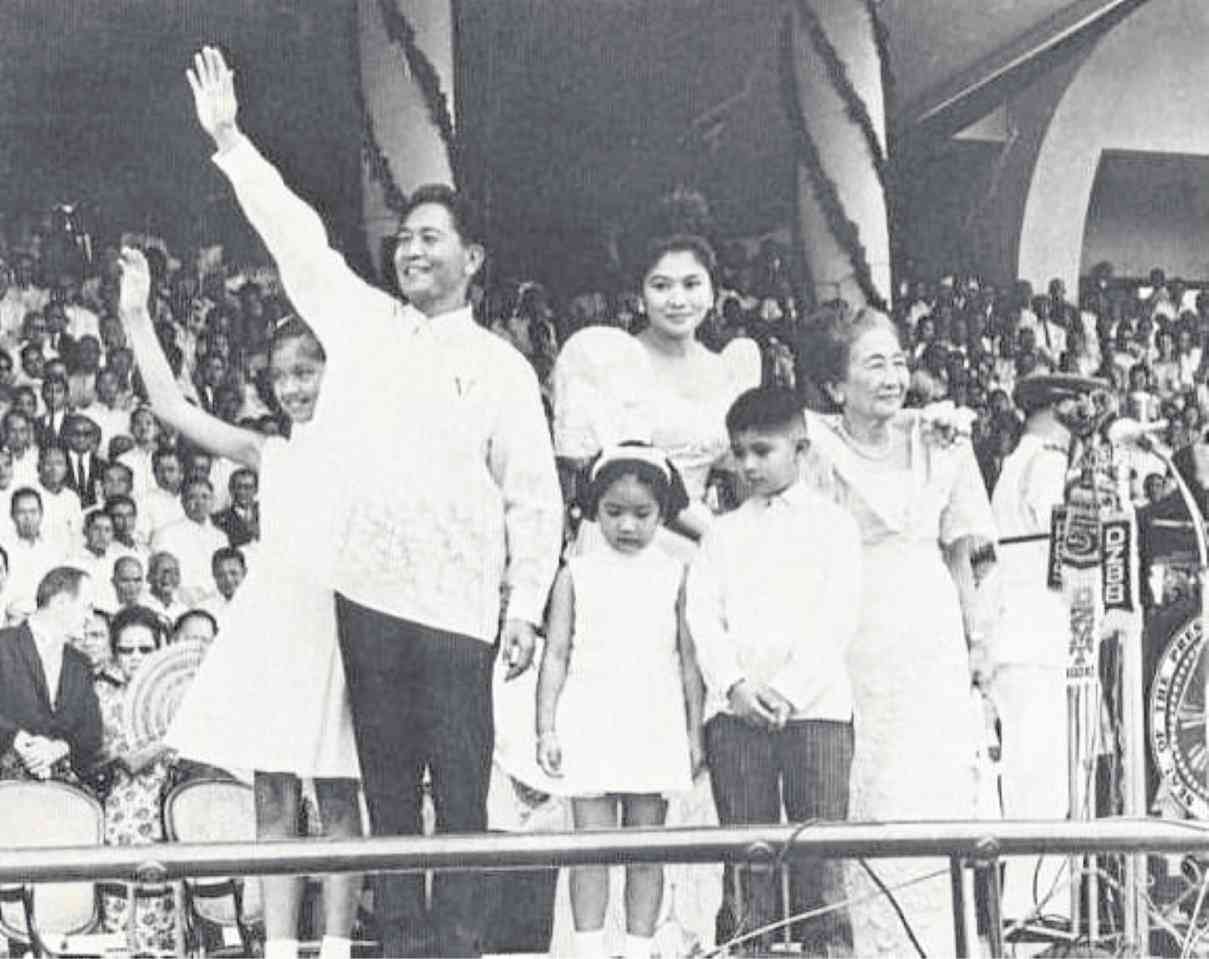 PRESIDENT Ferdinand Marcos in the 1965 inaugural

Book examines Marcos years, and beyond

Four days before the 44th anniversary of the declaration of martial law on Sept. 21, victims of that repressive era gathered in Quezon City to launch a book that not only looks back on the excesses of the Marcos dictatorship but examines succeeding administrations’ shortcomings in educating the public about the abuses of that time.

Author Myles Garcia said he hopes his book, “Thirty Years Later…Catching up with the Marcos-era Crimes,” will help counter the revisionist accounts being spread in social media, as well as hone the minds of the youth who are the target of such efforts.

The 183-page book, written around the time of the 2016 election—which saw the dictator’s son Sen. Ferdinand Marcos Jr. almost win the vice presidency—examines what happened to the country over the last three decades since the Marcoses were ousted and the circumstances that led to a historical amnesia of the martial law era.

Silence a form of complicity

“We have to take responsibility for [what has happened since]. We have to examine our own soul and moral compass,” Garcia said, adding that the silence in the years following the toppling of the dictatorship was a form of complicity.

Former Bayan Muna party-list Rep. Satur Ocampo said one reason a big number of Filipinos seem apathetic to the martial law period is the accommodating political environment in the country, which has helped the Marcoses rebuild their political bases.

He said another reason is that none of the major actors during martial law were persecuted, unlike in other countries that underwent a similar upheaval like Argentina.

“Every administration [since Marcos] fell short of its responsibility, even in teaching about the era as there have been observations some textbooks whitewash the martial law period—that the 14 years are a forgettable episode,” Ocampo said.