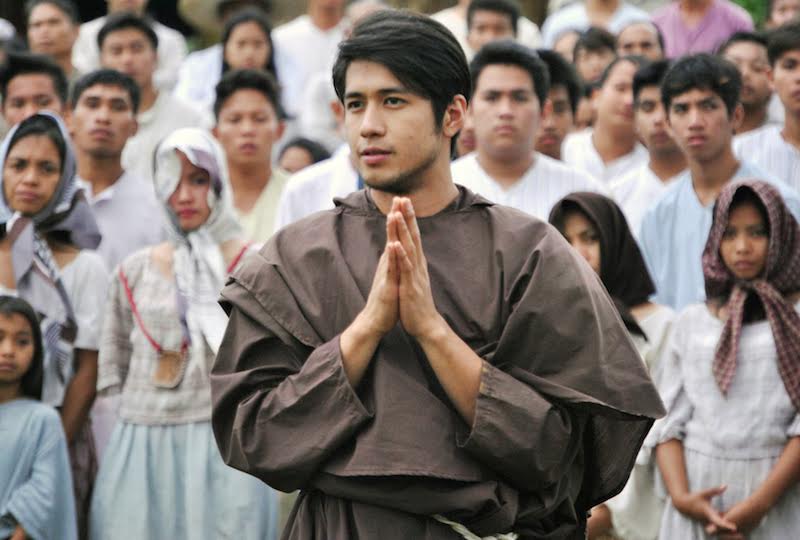 ALJUR Abrenica as the titular character

Hermano Puli is a long-forgotten hero who hailed from Lucban, Quezon. He’s hardly mentioned in history textbooks perhaps because he was not the conventional hero. He did not stage a bloody revolution to fight Spaniards, but instead fought for religious freedom.

Gil Portes’ new film, “Ang Hapis at Himagsik ni Hermano Puli (The Agony and Fury of Brother Puli),” sheds light on this little-known hero who paved the way for the Filipino people to enjoy the religious freedom they have now. The film stars Aljur Abrenica as the titular character.

“The film is basically a love story; Puli’s love for his country and for God,” Portes said. “I think the important reason why young people should watch this is Puli was the first and only Filipino hero who fought the Spaniards during the colonial times in the name of religious freedom. In our times, you can no longer see curtailment of religious freedom. We’re free to attend church, worship God in any which way we want.”

Spaniards were fearing the burgeoning flock of Puli. At the time, Spain had just lost its colonies in the Americas and was wary of the stirrings of mass movement in its remaining colonies. So the Spanish authorities ordered the confraternity to break up. When the religious group refused, it was branded a fugitive organization and conflict followed.

Puli was executed, but his teachings were studied by the Gomburza and even Iglesia Ni Cristo founder Felix Manalo.

Portes said he discovered the life of Puli 21 years ago in Lucban when he was shooting his transgender film “Miguel/Michelle,” which starred Romnick Sarmenta. They had to suspend shooting for the day because of the rain. They were having coffee at Buddy’s restaurant when an old man approached Portes and handed him a folder containing a summary of Puli’s life.

“The old man asked me if I might be interested in making a film about Puli,” Portes said. “But at the back of my mind, I didn’t know who Hermano Puli was. And I grew up in Pagbilao, which was 20 minutes away from Lucban. What a shame. But I also found out that many of us from Quezon didn’t know him as well. So I went over the document and I found his life so engrossing. Right there and then, I wanted this story to be in my bucket list of films that I want to do before I leave this earth.”

For 21 years, Portes was peddling this story like selling banana fritters. But there was nobody who wanted to shell out money for the film.

“I concentrated the fundraising for the film in Quezon, thinking that Puli was from Quezon,” he said. “I got P50,000 from the Puli Foundation to jump-start writing the film.”

Together with his writer Eric Ramos, Portes was promised money by the governor of Quezon to develop the script.

“After writing a tentative budget, we submitted the script to the Metro Manila Film Festival (MMFF),” Portes said. “Our film got in. But our joy was short-lived because the governor told us he could not help us raise funds.”

Portes had to pull out the film from MMFF or risk being fined P750,000. Erik Matti’s “Honor Thy Father” took their place.

For a while, Portes and his crew were feeling hopeless until one of the cast members of the film, Alvin Fortuna, suggested talking to Rex Tiri, owner of Limbaga 77 restaurant on Morato Street in Quezon City.

“We were in Cerchio Restaurant across the street [from Limbaga 77],” Portes said. “Fortuna thought we might be able to convince Rex to produce our film. He has experience in producing films. After three or four meetings, we were able to convince him. He understands the demands of promotion for the film.”

In one of the forums, a student asked what the similarity was between the years Puli was blossoming and the Martial Law imposed by then president Ferdinand Marcos.

“Martial Law is the curtailment of press and human rights,” Portes said. “During the reign of Puli, it was religious freedom that was curtailed by the Spaniards. There was a curtailment of our basic freedom. That’s the similarity. So this is the importance students should see.”

“Ang Hapis at Himagsik ni Hermano Puli” will be shown in cinemas on Sept. 21.