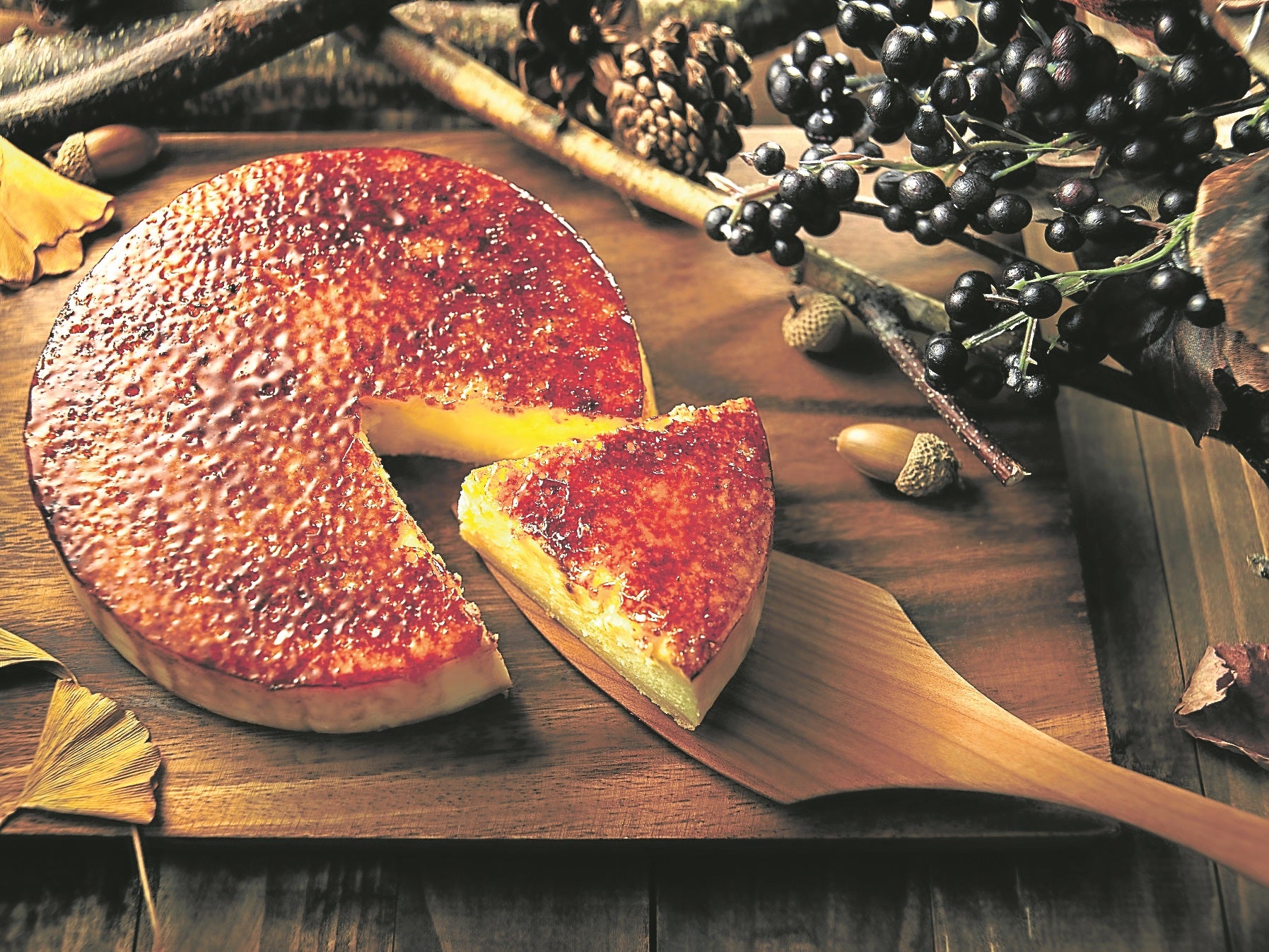 ‘Medium rare’–not a steak, but this hit Japanese cheese tart

The “cheesecake that has never been seen before” was inspired by a visit of its creator, Masamitsu Sakimoto of Pablo, to a steakhouse. Pablo— named after the Spanish cubist painter Pablo Picasso—is a freshly baked cheese tart specialty store.

For several months, the Osaka-based pastry wizard agonized over a project to develop what he wanted to be the perfect cheesecake recipe. At that time, Sakimoto and two brothers already had the widely successful Patisserie Brothers, a Western-style bakery selling desserts and sweets in the city.

Sakimoto, CEO and founder of Pablo, grew up loving sweets. His mother would buy her sons cheesecake, a popular dessert among the Japanese.

But four years into the business, in 2008, Sakimoto became restless and wanted to create an entirely new dessert. The operative word was odorokashi—a play on Japanese words to mean “dessert with an element of surprise.”

“Odorokashi represents the idea that just having delicious products is not enough; there must be an element of surprise in the textures and appearances of products to create interest,” Sakimoto said.

It was this same principle that led to the popularity of the Patisserie Brothers since its 2004 launch.

One failed experiment after another eventually drove Sakimoto to step out of his atelier and into a steakhouse.

Then, that eureka moment: “Wouldn’t it be interesting to produce a cheesecake that can be served with different textures, just like a piece of steak?”

Answering his own question, Sakimoto came up with “rare” and “medium” cheese tarts.

Pablo’s cheese tart is now in Manila. But instead of separate rare and medium varieties, there is a medium-rare version that curious foodies line up for at Robinsons Place in Ermita.

“It’s very, very creamy,” Sakimoto described his freshly baked oeuvre. “When you look at it, it seems quite heavy but light, with a melt-in-your-mouth quality,” he said through an interpreter.

Unlike Filipino desserts that are on the sweet side—traditional cheesecakes tend to be heavy in taste and consistency—Pablo cheese tarts have a “very controlled, minimal” sweetness, he said.

“Once you put the cheese tart in your mouth,” he explained, “the creamy part melts and disappears, leaving behind the apricot sauce with a citrusy taste. That’s a little sourness that combines with the creaminess for a unique experience.”

The freshly baked cheese tart is Pablo’s signature product. The pricier premium type has a crunchy surface and an aromatic flavor reminiscent of crème brûlée. A chocolate variant is loaded with real chocolate bits, while the matcha cheese tart has a center made of chewy shiratama and azuki red bean paste.

The uniqueness of desserts by Pablo is “a culmination of various technologies and techniques” developed in Japan, Sakimoto said.

Pablo first caught the eye of retail magnate Ben Chan in Osaka, when he saw long queues outside the stores. Curious, Chan found out for himself what the diners were lining up for, and got to taste the tarts himself.

“And I liked what I tasted,” said Chan, who also got to befriend Pablo’s dynamic founder.

After a series of negotiations, Chan’s Suyen Corp. has now brought Pablo to Manila.