Rico Hizon is in a Hollywood movie–his voice, that is | Inquirer Lifestyle ❮ ❯ HIZON, whose name appears even in the billboard credits, got the good news on his 50th birthday. PHOTOS BY JILSON SECKLER TIU

Rico Hizon is in a Hollywood movie–his voice, that is

Rico Hizon, the Filipino anchor on BBC News, is in a Hollywood movie!

More accurately, his voice is heard within the first three minutes of Pierce Brosnan’s tech-thriller “I.T.” which premieres in Hollywood today (Sept. 24 in the United States).

Hizon “stars” as a news anchor who reports about Brosnan’s character, private jet maverick Michael Regan, meeting with officials from the US Securities and Exchange Commission for approval of his private aviation company’s listing in the stock exchange.

“I’m in the billboard credits. Wow! What an honor and privilege,” Hizon told Inquirer Lifestyle via e-mail.

The award-winning anchor of “Newsday” and “Asia Business Report” initially thought he was being pranked online when he got an e-mail saying movie director John Moore (“Behind Enemy Lines” starring Owen Wilson and Gene Hackman and “A Good Day to Die Hard” with Bruce Willis) wants his voice in a new project.

A flurry of exchanges, including one from Moore himself, eventually confirmed Hizon’s selection in the Brosnan starrer.

“I was totally floored and shocked. I was in London celebrating my 50th birthday with my family when I received an e-mail from the film’s head of production that John Moore personally chose me to be the ‘Voice of Business’ in his latest project,” Hizon recalled.

“I thought at first that it was a joke until a series of e-mail exchanges confirmed that it was the real deal, that I was going to be part of a Hollywood film, albeit just my voice, starring Pierce Brosnan, aka James Bond 007 in previous films,” he added.

Hizon immediately shared the birthday news to his wife and son.

In his message, Moore told Hizon he was in a hotel room in Tokyo one time when he chanced upon the news anchor on television. 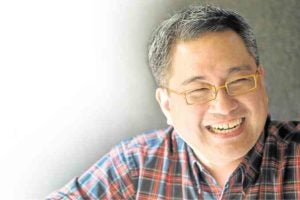 “I am a great fan of BBC News, specifically your inimitable style and timbre, and did indeed base the idea of the scene around the notion of a World Business Report type… So please, I do hope you will consider my humble attempt to, in one way, further immortalize your voice,” Moore’s message read.

The director also explained that having Hizon’s voice on film would “simply catapult” that specific scene “into the realm of credibility,” given that the anchor’s voice is immediately recognizable “in America and around the world.”

Hizon said he did three versions of the voiceover “with different intonations and expressions” to give Moore more options for the film. “All were ‘take ones,’” he added.

Hizon’s voiceover tracks were recorded at the BBC World News studios in Singapore and e-mailed to the production coordinator in Los Angeles.

Moore e-mailed Hizon a month later saying his voiceover was already “baked” into the film.

Two weeks ago, Moore sent another e-mail saying Hizon’s name is in the billboard credits.

“Not everyone gets this opportunity,” Hizon said. “From the thousands of business news anchors, a Filipino was chosen. So proud to be Pinoy!”

Even just on e-mail, his excitement was palpable.