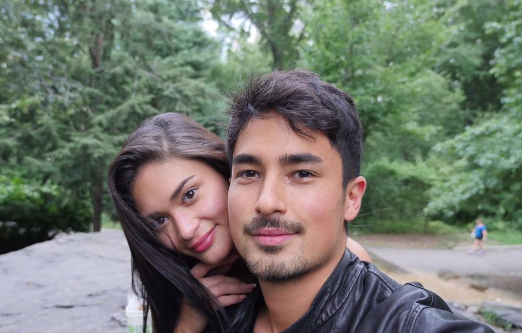 “News on TV Patrol about me last night [was] false. Wonder [where] they got their sources from. Anyway, back to regular programming!” Wurtzbach wrote on Twitter. She has since deleted the tweet.

“I wonder why the media won’t feature our recent trip to UNICEF instead. Yesterday was national gay men’s HIV AIDS awareness day,” she added.

TV Patrol, ABS-CBN’s flagship newscast, on Tuesday reported about speculations of a budding affair between Wurtzbach and Filipino car racing champion Marlon Stockinger after she posted a photo of them together on Instagram with the caption “Marloner.”

Wurtzbach was recently in the country where she celebrated her 27th birthday.

READ: How Did Pia Wurtzbach Celebrate Her 27th Birthday?

Using her social media accounts, Wurtzbach also urged everyone “regardless of (their) age, gender, ethnicity, sexual orientation, or gender identity” to get tested for HIV and break the stigma. YG/IDL