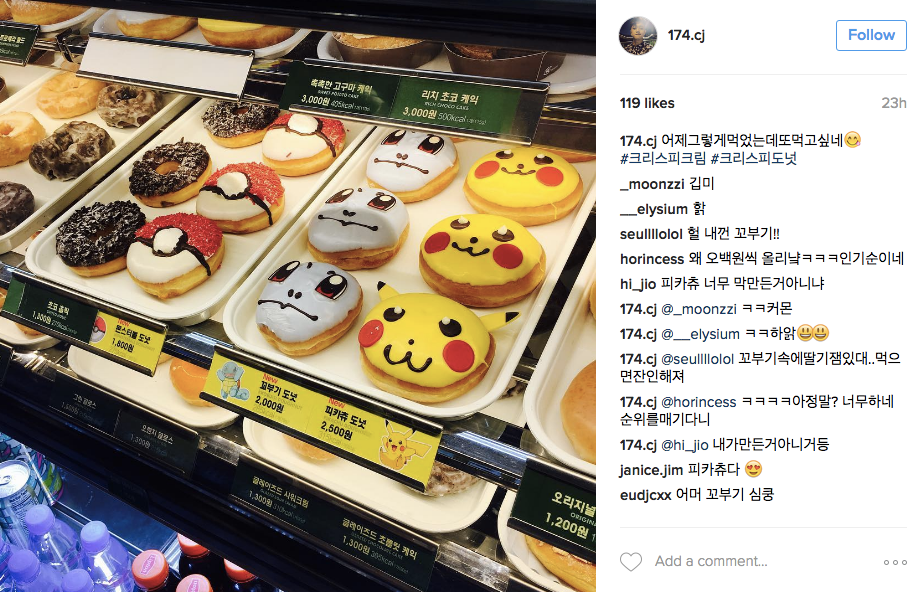 South Koreans can’t help but be infatuated over Pokémon-inspired pastries.

Its success of “catching” people’s sweet cravings made the doughnuts one of the most “food-porned” confections on social media sites Instagram and Twitter.

It is not the first time a South Korean shop dazzled customers with pastries inspired by the viral smartphone game. Last month, Dalmiin Baking Studio marketed mouth-watering cookies of Pikachu shelled inside a savory Pokéball and drizzled in chocolate syrup. Gianna Francesca Catolico