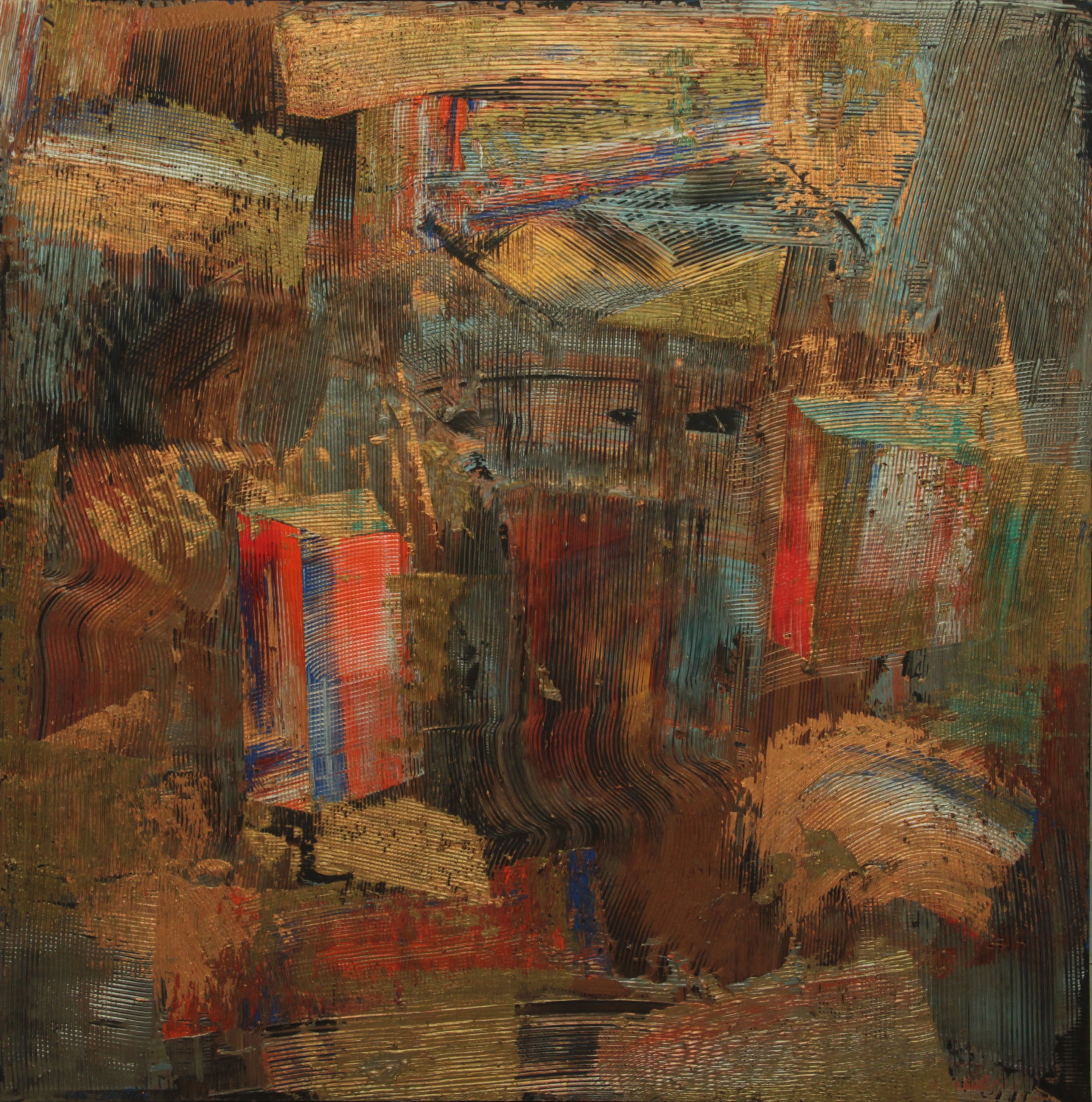 A GENERATION of abstractionists emerged in the 1970s, mostly from the University of the Philippines, spawned by the incalculable inspiration, if not influence, of premier abstractionist Jose Joya, dean of the College of Fine Arts.

Among them was Norberto “Lito” Carating, and though his degree lists him down as a graduate of Advertising Design, there is no evading the fact that his heart was in painting and not in advertising instant noodles and detergents.

One’s earliest recollection of Carating’s works was the so-called “Lamang Lupa” series, which struck us for two reasons: a native sensibility that acknowledges local color and folk beliefs and narratives and a deeply felt and meditative nature. Typically, these works were done in gestural mode, though not in the fire-and brimstone mold of the legendary Joya.

Because of the Carating solo show organized by Hiraya Gallery at Makati Shangri-La, we have the chance to recall those early Carating years; how he evolved into maturity without suppressing the emotion underneath. Interestingly, the title of the show, “Autumnal Feast,” cannot but indicate the passing of the years and decades, and though none of the ’70s abstractionists are nowhere near the great age of the imperturbable “Patriarch,” National Artist Arturo Luz, they, each one of them, are certainly heading toward that direction. Ars longa, vita brevis.

In pondering over these works of Carating, one recalls what Milton Kramer wrote about Mondrian: “In shutting out the whole realm of representational imagery as it was traditionally conceived, Mondrian transformed painting into a form of dialectic… It was an amazing creative feat, and the passage of time has served only to increase our sense of both its audacity and its fertility.”

Indeed, an indication of Carating’s fertility is a new found renaissance in the geometric works of sheer abstraction, characterized by the now familiar furrowed or finely combed textural surface, remorselessly finessed, architecturally constructed, calibrated to the finest nuances of light, seemingly mechanically produced except for the undeniable presence of a guiding intelligence.

Autumnal of course are the colors that Carating has invested in those works, the copper and bronze and gold that virtually summoned the sensation of one season closing in on one another, the ebbing of physical energy haplessly resisting the force of nature, and whilst in these works, Carating has often incorporated the sly flickering of passages of reds, oranges and blues, harmoniously injecting appearances of joviality and joy, what remains pervasive in mood and atmosphere is an elegiac loss of time and the rising tide of flooding memories.

“Autumnal Feast” is an invitation addressed to the heart and mind’s delectation.