Do’s and don’t’s of parenting, according to Harry Potter | Inquirer Lifestyle ❮ ❯ 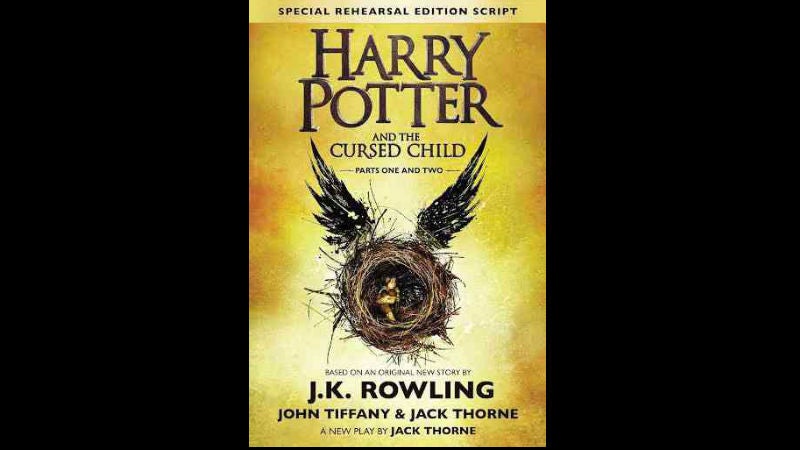 Do’s and don’t’s of parenting, according to Harry Potter 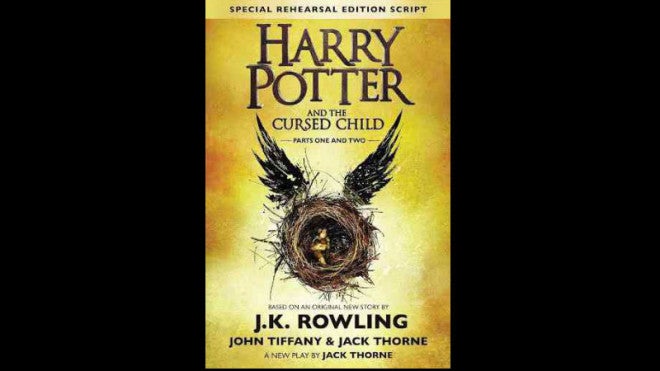 BELIEVE it or not, the latest Harry Potter material, “Harry Potter and the Cursed Child,” is a must-read for parents, especially those with tweens and teens.

It’s not a novel (so don’t expect an incredibly luscious prose), but a new play by Jack Thorne, based on a story by Rowling, Thorne (writer for theater, film, TV and radio) and John Tiffany (theater director). It premiered last July in London’s West End.

The book is a special rehearsal edition of the script.

We see Harry, now husband (to Ginny) and father to three school-age children. He’s a working stiff, with the Ministry of Magic.

In the opening scene, he sends off his youngest son, Albus Severus (named after the revered Dumbledore and the heroic Snape), on the train to Hogwarts.

Albus is like any child—stingy with words to mom and dad, and has a rather unique way of making friends with other children that you as a parent don’t exactly fall for.

On the train, he meets Scorpius, the son of Draco Malfoy, Harry’s nemesis at Hogwarts. It gets more interesting than that—Scorpius is rumored to be the son of Lord Voldemort.

Albus is not enamored with his dad’s celebrityhood and can’t warm up, much less relate to him. He’s alienated from him. You know the type, he has his own world, a world he explores further with Scorpius. He makes sure his dad has no place in that world.

In our setting, Albus could be described as “super pasaway.”

We’re not revealing the plot. It’s enough that you know that the book, even just as a script with its vivid characters and cliff-hanger plot, is one you can’t put down, just like the previous Potter novels.

You identify strongly with the pitfalls of Harry’s parenting, which not even his special powers can help him avoid.

Here are some do’s and don’t’s of parenting, gleaned from how Harry Potter tried to go about it:

Don’t try to demonize your child’s best friend, not even if he’s the rumored son of Lord Voldemort. The more you try to drive your child away from her/his friend, the more your child will hide things from you. You’re forcing him to go underground, as it were.

We can try to expose our children to the right company and in the right setting, but in the end, no matter how young they are, they’re the ones who choose their friends. And once they do, we can only be vigilant and alert, while remaining unobtrusive and not seeming nosy.

We just have to be around to listen to them, when and if they want to talk about their friends. And catch them when they suffer a falling out.

Don’t stay away from your child, even as he or she tries to flee. Communication is your lifeline. Children will always have their own world, from which you are barred sometimes.

But then, there’s no law against stalking. Like I always say, be a ninja parent who’s everywhere—yet invisible, ready to strike at the right moment.

Alienation from your kids is the worst feeling a parent could have. Don’t let yourself be alienated, and don’t alienate them.

Don’t be a dime-a-dozen dictator. Be a loveable dictator. Harry Potter tells Albus: “ … It’s only now I realize that I don’t need you to like me, I need you to obey me because I’m your dad and I do know better.”

Ouch. No way you could talk to millennials that way. They’re out the door even faster than you can press your phone’s code. That didn’t work for Potter, as it turned out.

One thing millennials don’t have is blind obedience to their folks, in case you haven’t noticed.

So, how do you make them obey you? Not with threats and terrorism, I believe. Terror doesn’t work with this generation; they just zap it like they beat villains in their video games.

Try using persuasion persistently, patiently and powerfully. To do that, you have to be better than the best sales person in your advertising staff.

Parenting is the hardest selling job in the world, these days. You have to sell your likes and interests, your beliefs, your decisions, your values, to your kids. And you compete with so many others in trying to do so.

But that’s for another story.

Just always be around them and have the stamina to win this marketing war.

Be protective, even if you can do only so much.

Dumbledore: “…We cannot protect the young from harm. Pain must and will come.”

Harry: “So I’m supposed to stand and watch?”

Dumbledore: “No. You’re supposed to teach him how to meet life.”

Unfortunately, they don’t teach you that in school, neither at Harvard nor Hogwarts.

Just be around when the pain comes.

In the end, Harry Potter has to put his life on the line to win back his son. Then, when the smoke clears, they talk.

So must it be in real life. You must talk. Conversation is a most reliable tool of parenting, even if it’s reduced to “OK lang” and grunts.

Don’t make life harder than it already is, with or without the Voldemorts.