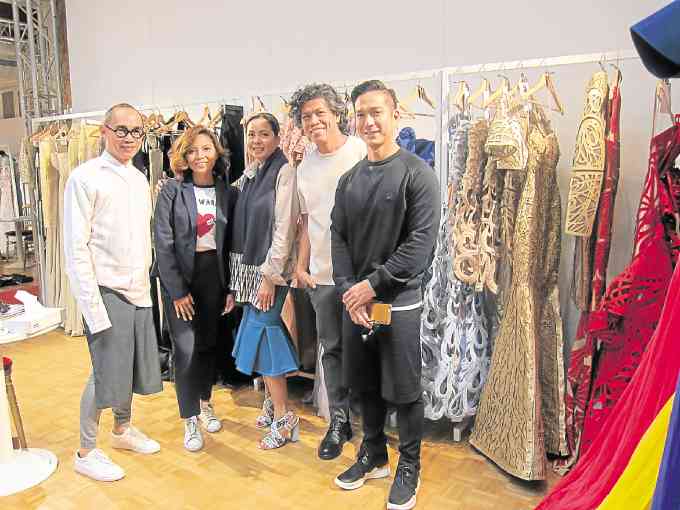 PARIS, France—Every season, hundreds of designers from all over the world flock to the French capital to present their collections, with hopes to be picked by international buyers, gain notice by editors, or at least make a mark in the grand fashion scheme of things.

We are ecstatic to say that a considerable number of Filipino designers are presenting their Spring-Summer 2017 collections this season.

Filipino designers had quite a good run in terms of exposure these past two years.

After showing at the London Fashion International Showcase, Samudio got discovered by Vogue Italia’s senior fashion editor Sara Maino and was handpicked as one of the Vogue Talents for 2014, included in Vogue Italia’s 50th anniversary issue.

This year, during Haute Couture Week, Michael Cinco showed a couture collection in Paris, becoming the first Filipino to do so in recent history.  (Roy Gonzalez showed haute couture designs in the ’70s for Jean Patou.)

John Herrera also had a show during London Fashion Week this season, and accessories designer and artist Michelline Syjuco was chosen to represent the Philippines at Maison et Objet.