This Red Lion is out to reclaim the crown | Lifestyle.INQ ❮ ❯ 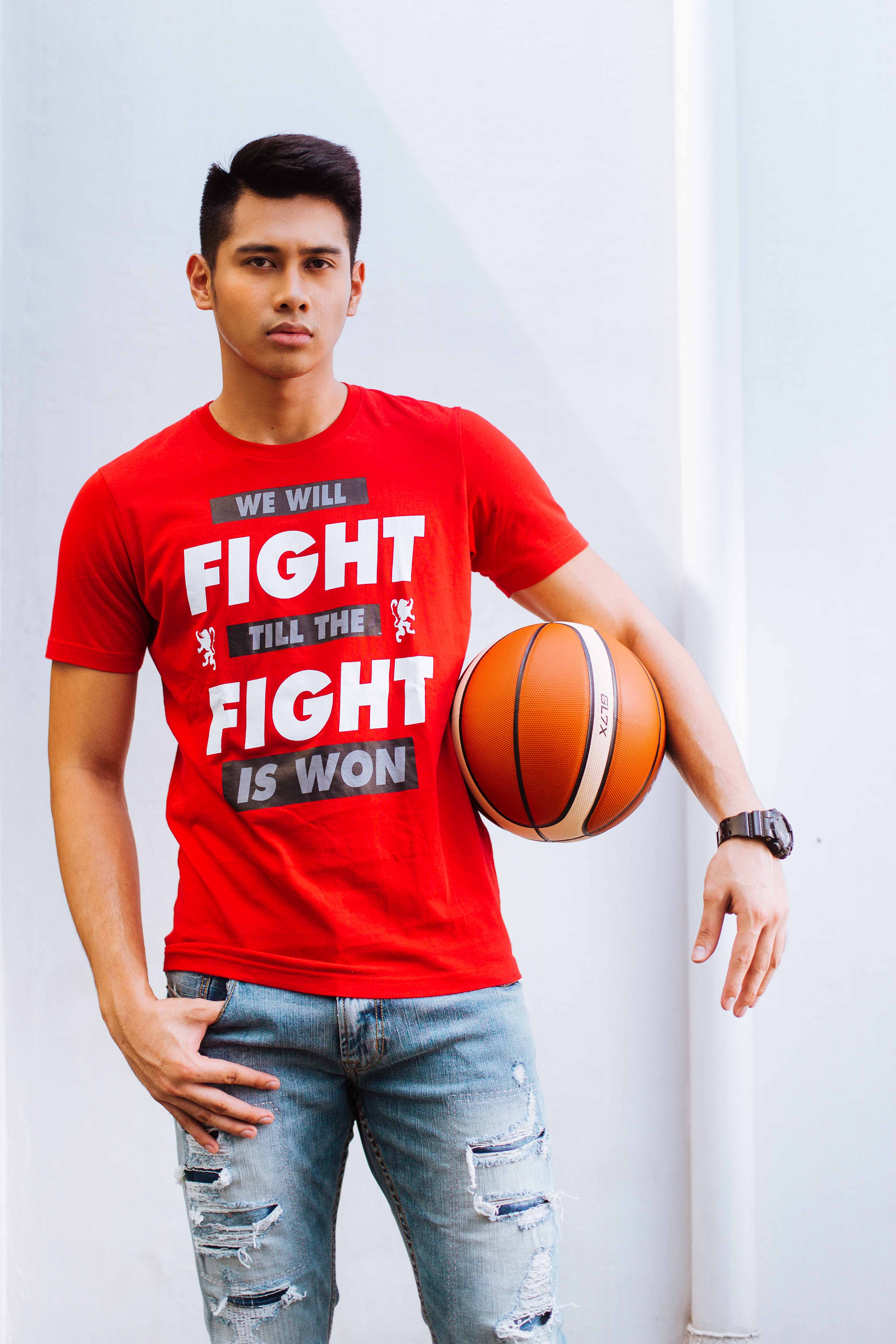 This Red Lion is out to reclaim the crown

San Beda basketball superstar Javee Mocon grew up in a house right beside a basketball court but he wasn’t allowed to play. Still, the youngest in a family of four boys and a girl took it as motivation to become a good player, in the hopes of someday joining his siblings in a game.

This go-getter attitude comes from his pure love for the sport: “Just the feeling of playing and the opportunity to get better motivate me—ganoon ko talaga kamahal ang basketball.”

Mocon so loved the game, he once borrowed money so he could join a basketball league in
high school.

“I remember noong high school ako—we weren’t that rich and ’di maganda business at that time—may mga leagues kasi na sinasalihan ang school na we needed to pay P500. I didn’t have anything, P40 lang baon ko every day. And I didn’t want to ask [my parents] kasi nakakahiya ako, so nangutang ako, kasi I really wanted to play,” he said.

Eventually, his determination to play paid off, as he was accepted by the San Beda Red Lions in college. Now one of the most prized power forwards in the team and the National Collegiate Athletic Association (NCAA), Mocon is ready to take back the championship.

“Despite all the adversities—Dan Sara getting injured, Donald Tankoua tearing his right anterior cruciate ligament—I think we have a really big chance at getting the crown back, all thanks to coach Jamike Jarin and the assistant coaches,” he said.

This confidence and drive to win is also backed by his pride for his school and team.

“Playing for San Beda puts a lot of pressure on you, pero at the same time you have this pride and, of course, the heart of a champion,” he said.

Mocon’s excellence on the court hasn’t gone unnoticed. He caught the attention of Gilas Pilipinas and was invited to join the team’s cadet pool, which will eventually represent the country in international competitions.

“When they invited me, I was dumbfounded. I tried out several times for the Under-16 and Under-18 categories, but I was always cut,” he said. “I was disappointed, but I was also determined to prove to everybody that I should have been there. But all is well, God had better plans for me.”

Aside from his dreams of competing internationally, Mocon also has his eyes set on making use of his marketing degree.

“Basketball is not forever. What I really want to do is own a business, ’di ko pa alam kung ano,” he said, with a laugh.

For now, Mocon is focused on making his coaches and his school proud by playing well in this year’s season of the NCAA.

He credits his family as his inspiration, saying that he wants to give back to his parents who have worked so hard so he and his siblings could have good lives.

With all of this, it’s hard to believe that Javee Mocon, one of the NCAA’s most prized athletes, wasn’t allowed by his siblings to play basketball. Looking at how far he’s come proves that this Red Lion has the heart of a champion.